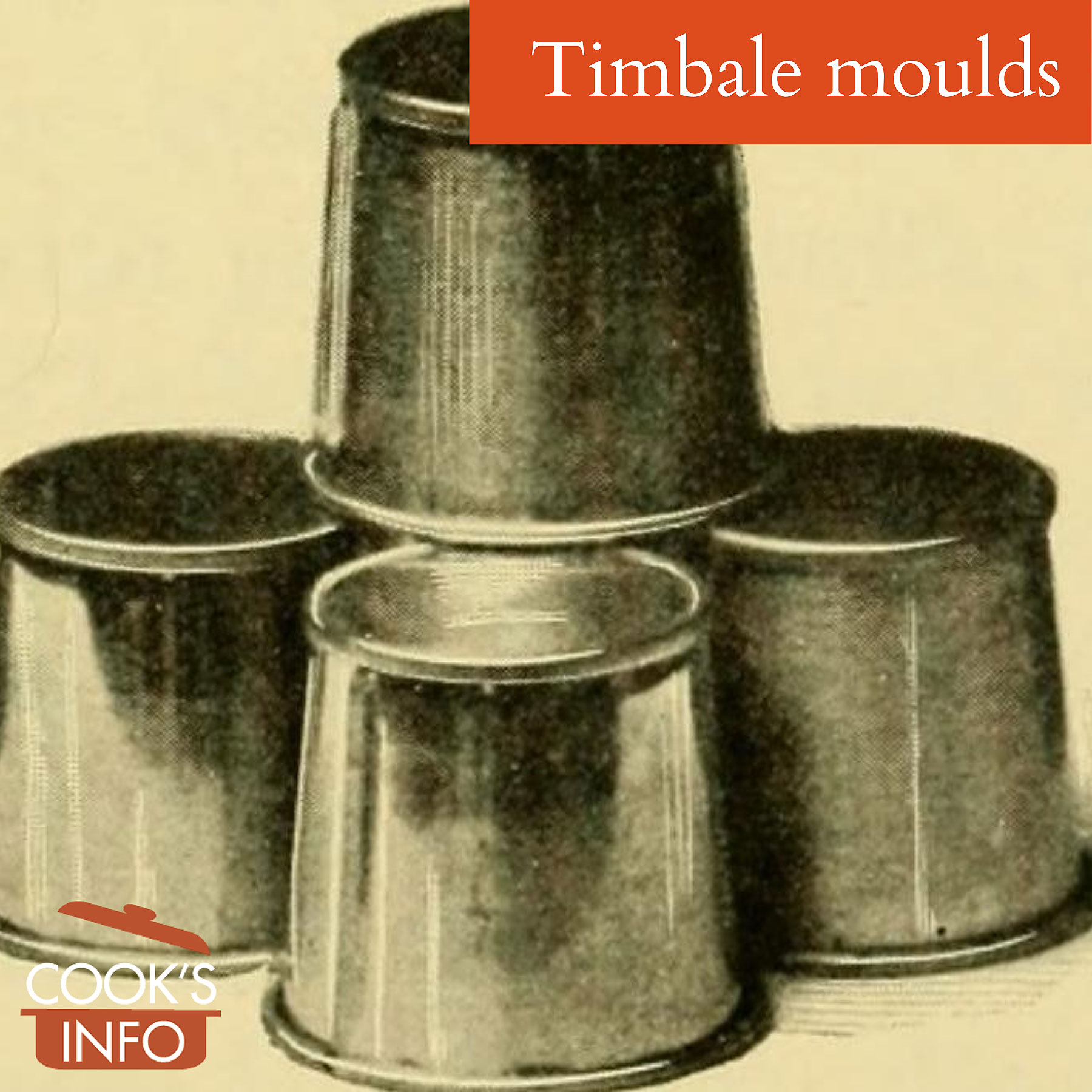 Some of the moulds you actually cook the food in; others you press the food in to shape it, and chill it.

Either way, you turn the food out of the mould to serve it.

Timbale moulds can be stainless steel or silver; silver will usually have some simple designs on them. The rims may be rolled, or just a plain edge.

Small, individual timbale moulds can be used in restaurants to serve the “jus” in when ordering beef “au jus.” In the restaurant trade, they often resemble what you might think of as a somewhat tall, metal shot glass.

Butter or oil them first before pressing food in.

Ramekins for individual timbales; an oven-safe glass bowl for a large one. Dariole moulds.

The word “timbale” is related to the word “thimble.” Both words come from the Arabic word “thabal”, which now means “drum”, though before that, it meant a “cup”.

This web site generates income from affiliated links and ads at no cost to you to fund continued research · Information on this site is Copyright © 2022· Feel free to cite correctly, but copying whole pages for your website is content theft and will be DCMA'd.
Tagged With: Moulds, Timbales