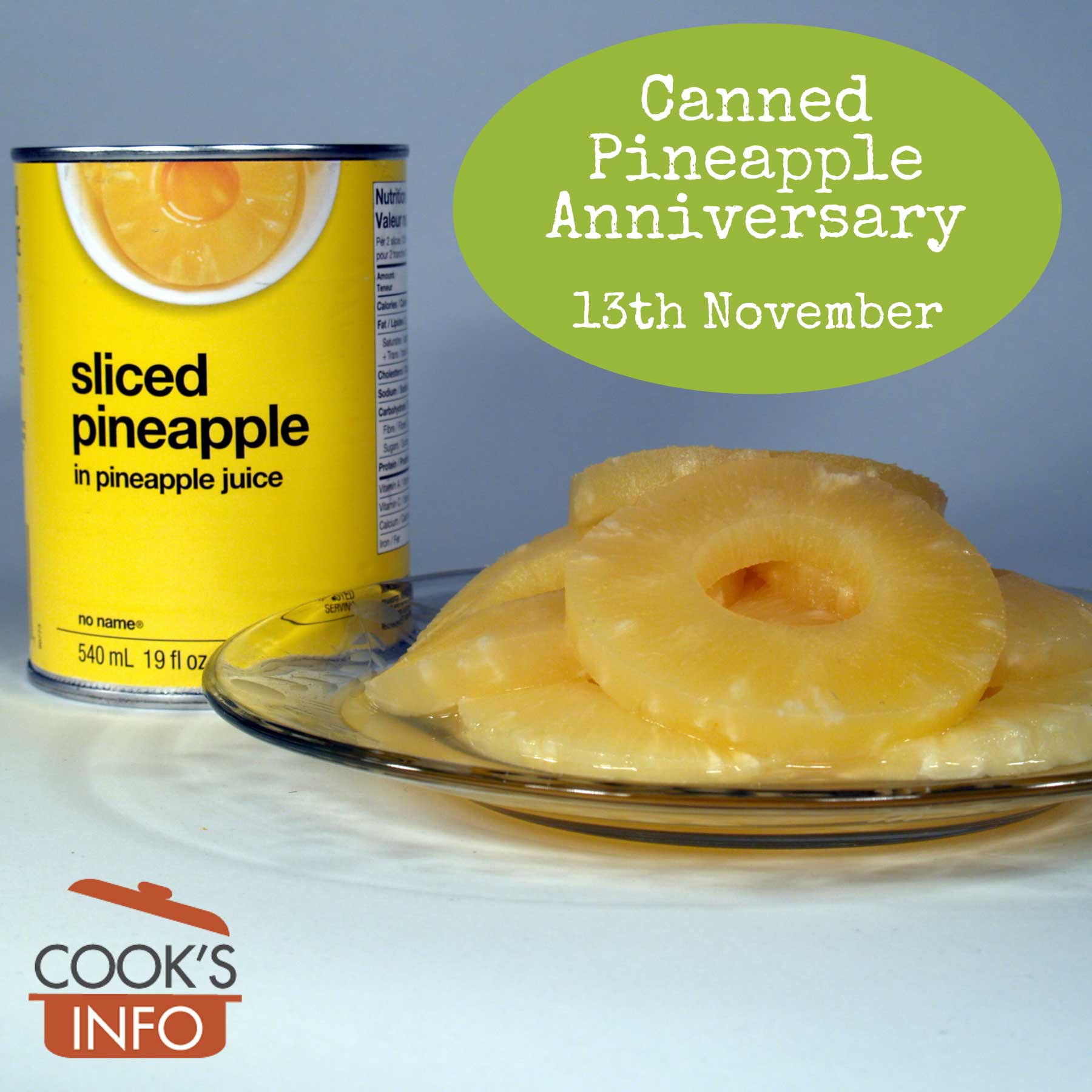 The 13th of November is Canned Pineapple Anniversary Day, celebrating the wonderful convenience and luxury of having prepared pineapple at our fingertips, requiring only seconds to open a tin.

For centuries, the gift of even a single pineapple was seen as an extravagant and rare gift, and now everyone has it at an incredibly affordable price.

Many dishes and desserts spring up to take advantage of pineapple’s easy, affordable access in canned form.

What a great day to make that legendary dessert, a Pineapple-Upside Down Cake, which is perhaps the greatest dessert ever to make use of canned pineapple.

Recipes that use canned pineapple

Canned Pineapple Anniversary Day, the 13th of November, marks the reputed first shipment of canned pineapple from Hawaii in 1895.

CooksInfo is uncertain, though, if this is actually true. It certainly is much quoted, and 1895 as a year seems plausible, but we haven’t been able to find yet any actual evidence to back the assertion. To confuse matters, some sources say that this is when canned pineapple first “arrived”, but don’t say arrived “where”; others say “shipped” (though again, not shipped from where, to where). And no one says who did the shipping.

Reputedly, this was also the day in 1898 when Alfred W. Eames, founder of Del Monte, arrived in Hawaii to start growing pineapple. 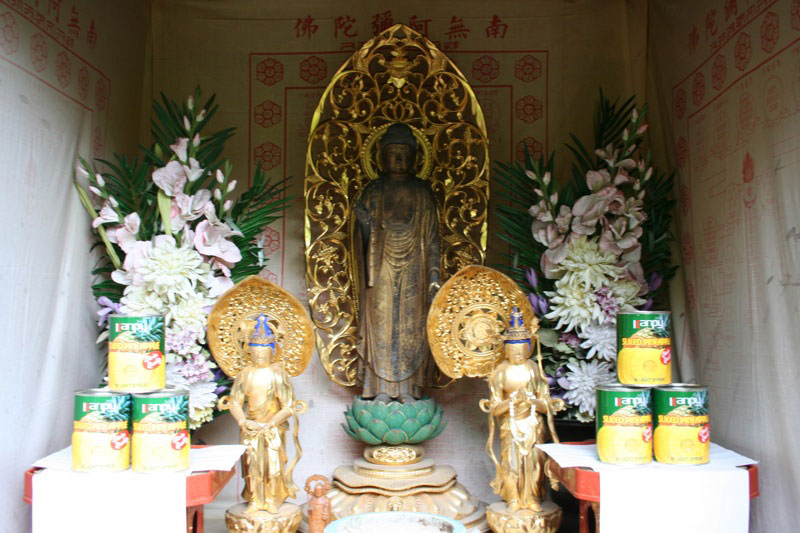 This web site generates income from affiliated links and ads at no cost to you to fund continued research · Information on this site is Copyright © 2022· Feel free to cite correctly, but copying whole pages for your website is content theft and will be DCMA'd.
Tagged With: Pineapple