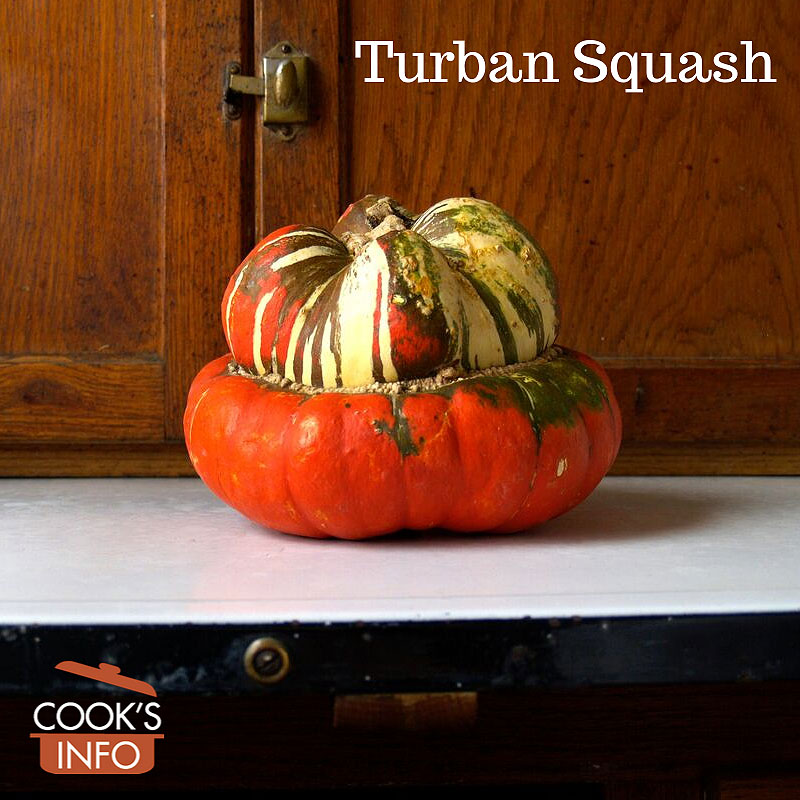 Turban Squash looks like a big acorn, with its acorn cap at the stem end. The cap end is divided into four distinct sections.

The squash weighs 2 to 5 kg ( 5 to 10 pounds) with bright-orange rind, with streaks of white and various shades of green in it.

Inside, it has bright orange flesh.

It is perhaps better for use as an ornamental. It is edible, but the flesh doesn’t have much flavour at all. The closest most people seem to have come to suggesting it as a food item is as a soup tureen. 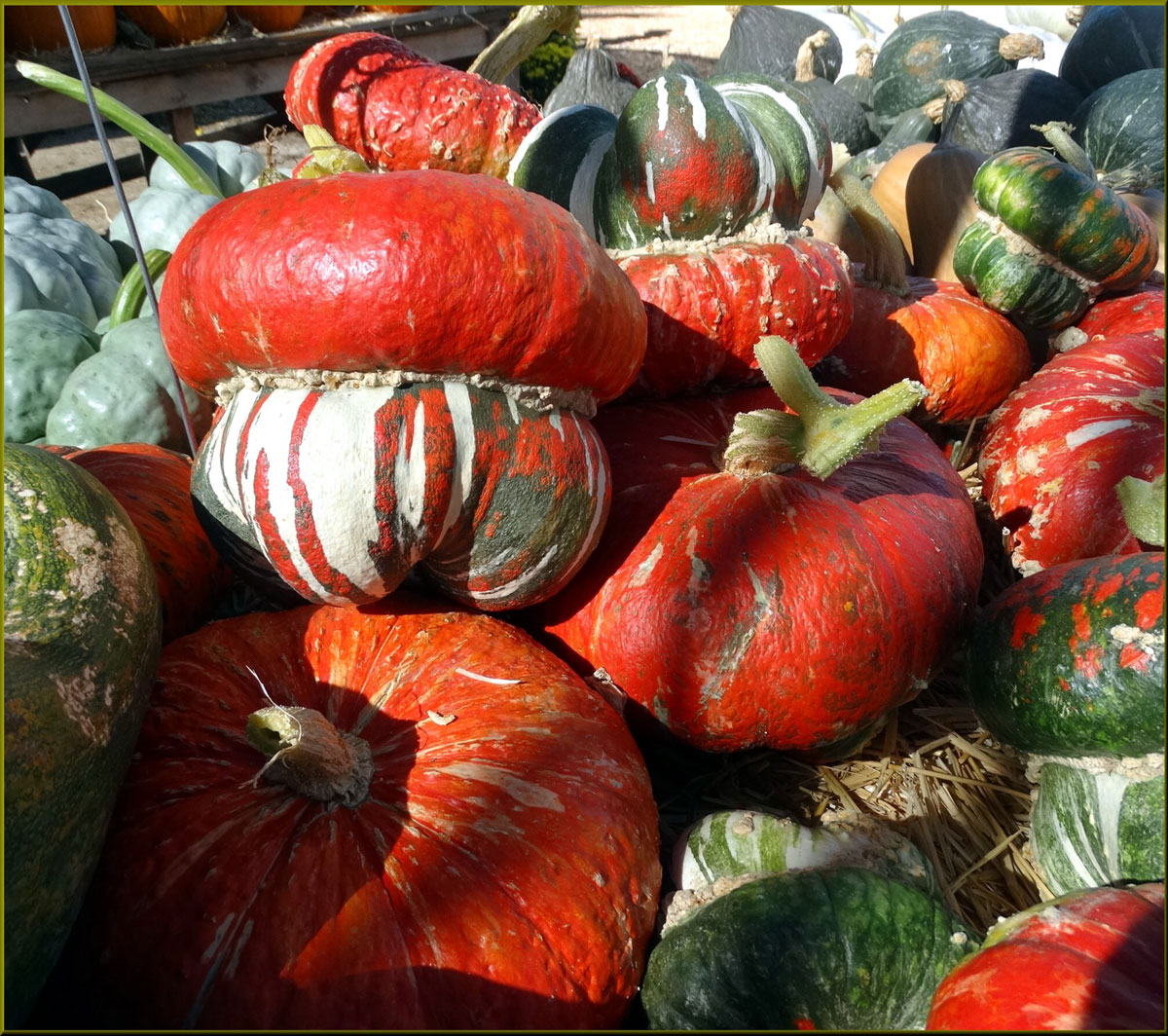 Store uncut for up to 3 months in a cool place.

Turban Squash possibly came over from France at the start of the 1800s (having first come to France from the New World previously, of course.) 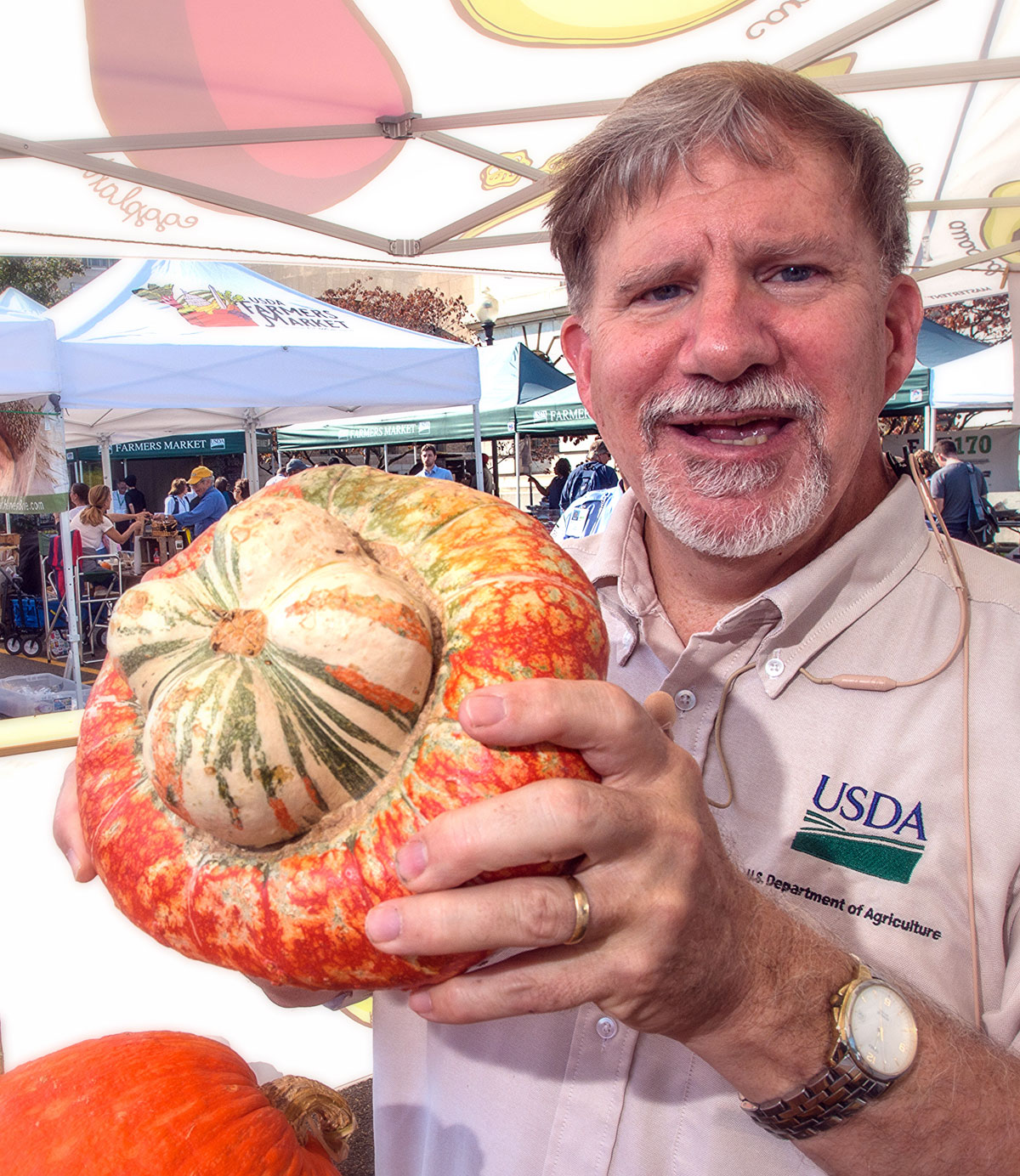 This web site generates income from affiliated links and ads at no cost to you to fund continued research · Information on this site is Copyright © 2023· Feel free to cite correctly, but copying whole pages for your website is content theft and will be DCMA'd.
Tagged With: Turban Squash, Winter Squash