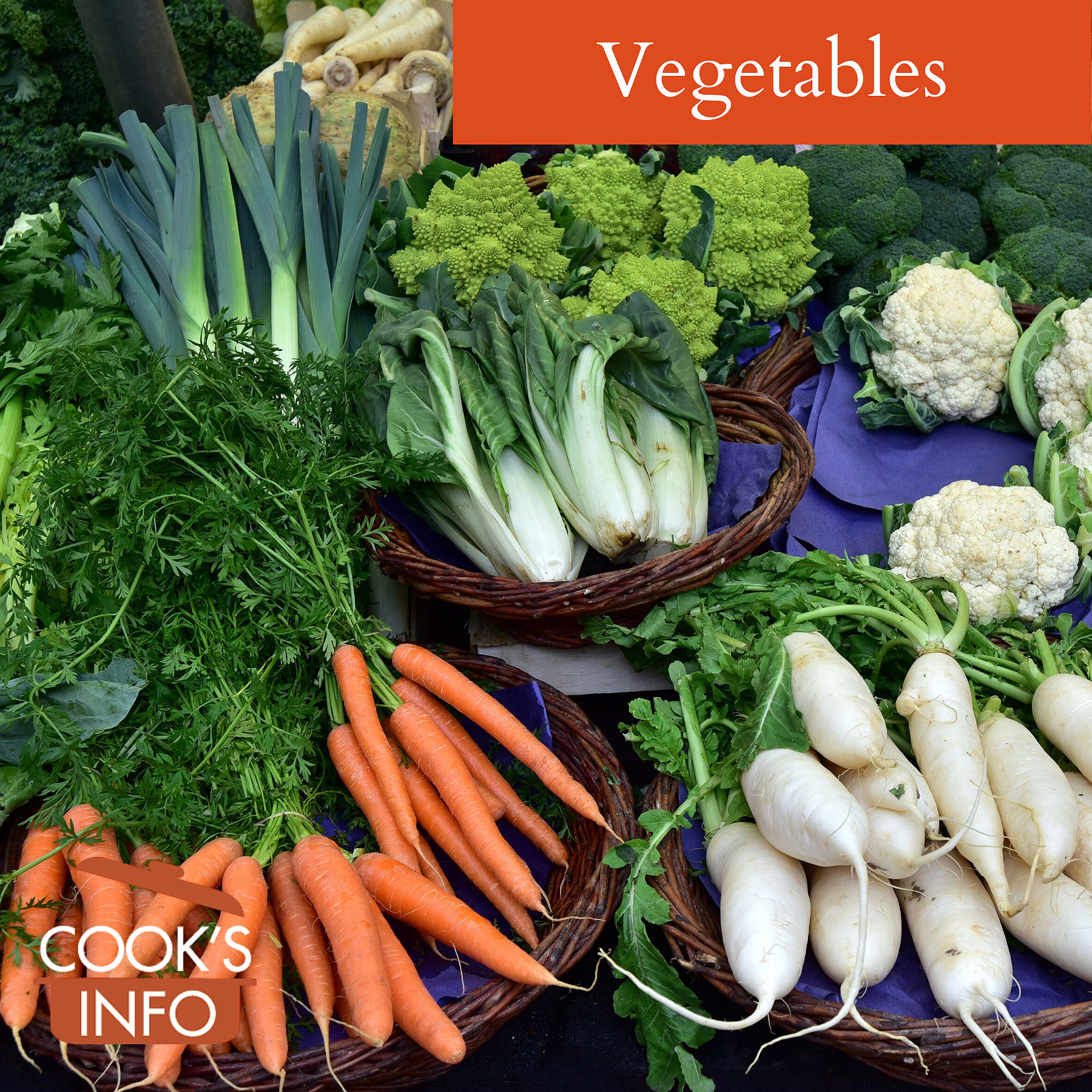 A vegetable is a plant or part of a plant that is used as a food stuff, whether raw or cooked. Sometimes the part of the plant used is the root or tuber, sometimes it is the leaves, or the stem or the flower, and sometimes, it is the fruit of the plant. Some items we class as vegetables, such as tomatoes, are actually fruit botanically-speaking.

Approximately 300 litres of water are required on average to produce a kilogram of vegetables. [1]Mekonnen, M.M. and Hoekstra, A.Y., “The green, blue and grey water footprint of farm animals and animal products”, Value of Water Research Report Series No. 48, UNESCO-IHE, Delft, the Netherlands. 2010b. Accessed August 2022 at https://research.utwente.nl/en/publications/the-water-footprint-of-food

The Vegetable Research and Information Center at the University of California Extension Service says,

“A vegetable is the edible portion of a plant. Vegetables are usually grouped according to the portion of the plant that is eaten such as leaves (lettuce), stem (celery), roots (carrot), tubers (potato), bulbs (onion) and flowers (broccoli).” [2]Vegetable Research and Information Center. University of California Extension Service. 2019. Accessed July 2020 at https://vric.ucdavis.edu/main/faqs.htm

Vegetables may have some degree of sweetness as an element of their taste aspect but in general they are considered and treated as “savoury ingredients” and rarely presented as part of a dessert. [3]A notable exception would be rhubarb, technically a vegetable but treated as a fruit.

There is little manual work involved in processing vegetables now: it is all automated. Machines sort them by size, wash them, and peel vegetables such as root vegetables. Conveyor belts, though, do allow plant workers to inspect the Vegetables at various stages.

Canned vegetables may have salt, calcium chloride, citric acid, and sometimes sugar, added, to help preserve their quality in the can, or enhance appeal.  Frozen vegetables, however, don’t have any of these additives. [4]To be clear, this is not to imply that any of these additives are “toxic”: calcium chloride (to help preserve firmness) and citric acid (to raise acidity to prevent botulism) are harmless naturally occurring elements, the salt and sugar may be undesirable for those with special dietary needs or considerations.

A head of broccoli straight out of your back garden five minutes ago and now sitting on your kitchen may have more nutrients than a bag of frozen broccoli, because the frozen has been blanched and therefore partially cooked. But once you cook both of them up, they will end up the same, and fresh vegetables that are out of season where you live are almost certainly going to be less “fresh” than frozen vegetables from the start when you get them home.

From 1977 to 1997, per capita consumption of frozen vegetables increased by 40%, as did that of fresh veg by 40% as well. Canned vegetable consumption went down by 20% in that period.

The difference in grades is based on appearance and texture of the vegetables. They reflect what consumers think are the better vegetables and, like consumers down through the ages, consumers today use visual criteria in making their judgments. There is no nutritional difference, making the lower grades better buys for those who need to economize or for when the vegetable will be used in a dish or in some way that appearance is not of critical importance (e.g. puréed in a soup or chopped up in a casserole.)

* Some states and provinces have their own, additional standards. British Columbia and Washington State, for example, have an Extra Fancy grade.

It takes a lot of fertilizer and, yes, chemicals to turn out the perfect looking vegetables that people will buy. Many people blame the supermarkets:

“These ‘beauty pageant’ standards are enshrined in the EU’s fruit and vegetable grading scheme, which reserves the grades ‘Extra Class’ and ‘Class 1’ – the classes supermarkets seek – for strictly catwalk produce. To qualify for membership of these classes, it isn’t enough just to look good; the produce has to be of uniform shape and size, too. The consequences of this obsession have been devastating.” (Joanna Bythman. “Toxic Shock. In “The Guardian.” Saturday, 20 October 2001.)

It’s a bit disingenuous, though, to blame the supermarkets. Supermarkets are in the business of selling what we are demanding. If we preferred russet apples, russets would make a staggering comeback on supermarket shelves. And middle-class champagne foodies often say one thing and then do another: it wouldn’t be surprising if after emailing in a similar article to an editor, a food writer popped out to the local high-end grocery store and picked out only the best-looking vegetables for a dinner party for his / her similarly-enlightened friends. 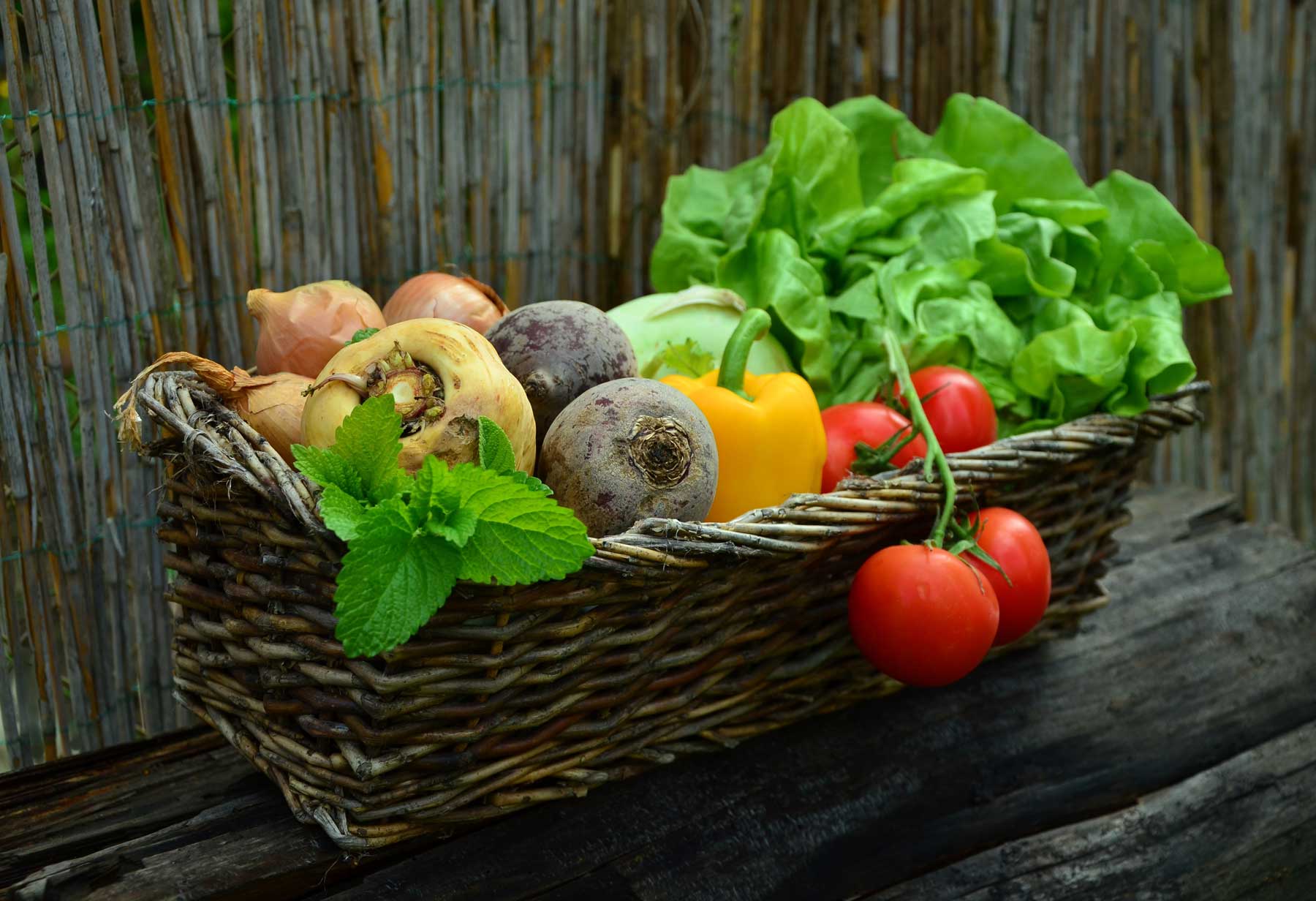 If you are marinating vegetables before grilling them, most really only need about 15 to 30 minutes in the marinade.

Adding baking soda to the cooking water was an old trick. It made the water alkaline and kept green veg a brilliant green. But what you make up for in colour, you lose in overall appearance and texture as the vegetables will turn mushy, and it will destroy vitamins.

Instead, cook the vegetable in a large amount of boiling water, and leave the pan uncovered for the first few minutes. A vegetable loses its greenness when a plant’s own acids come into contact with the chlorophyll in it. The large amount of water will help dilute the acids, and the acids that are volatile will escape with the steam, instead of condensing inside the lid and falling back into the pot.

When cooking cabbage or turnip, make sure to keep the lid a bit off the pot for the entire time; if the acids drip back into the water, they give cabbage and turnip the strong, unpleasant tastes that everyone loved to hate.

Additionally, a large amount of boiling water means that there will be less of an overall temperature drop when the frozen or otherwise vegetable is dropped into the water, and so it will return to the boil more quickly. The more quickly it boils, the quicker it kills the enzymes that get released from vegetables that kill vitamins.

If it takes 1 minute for the water to resume boiling, the vegetable can have up to 20% of its vitamin C destroyed by enzymes. On the other hand, vegetables cooked in a small amount of water or steamed retain twice as much vitamin C compared to those cooked in lots of water. The more water, the more nutrients that will leach into it. If you save all your vegetable waters for stocks, this is perhaps not such a problem (the vegetable water will not retain vitamin C, but it will retain the other vitamins and minerals.) If you don’t, you then have to choose between appearance and nutrition.

Some vegetables, such as frozen spinach and frozen chopped onion, can be useful to have on hand all the time ready to go for brunches, quiches, etc.

Vegetables that are natural thickeners owing to the sticky juices they give off include okra, cactus leaves and mallow root. These are called “viscous vegetables“.

This web site generates income from affiliated links and ads at no cost to you to fund continued research · Information on this site is Copyright © 2022· Feel free to cite correctly, but copying whole pages for your website is content theft and will be DCMA'd.
Tagged With: Vegetables