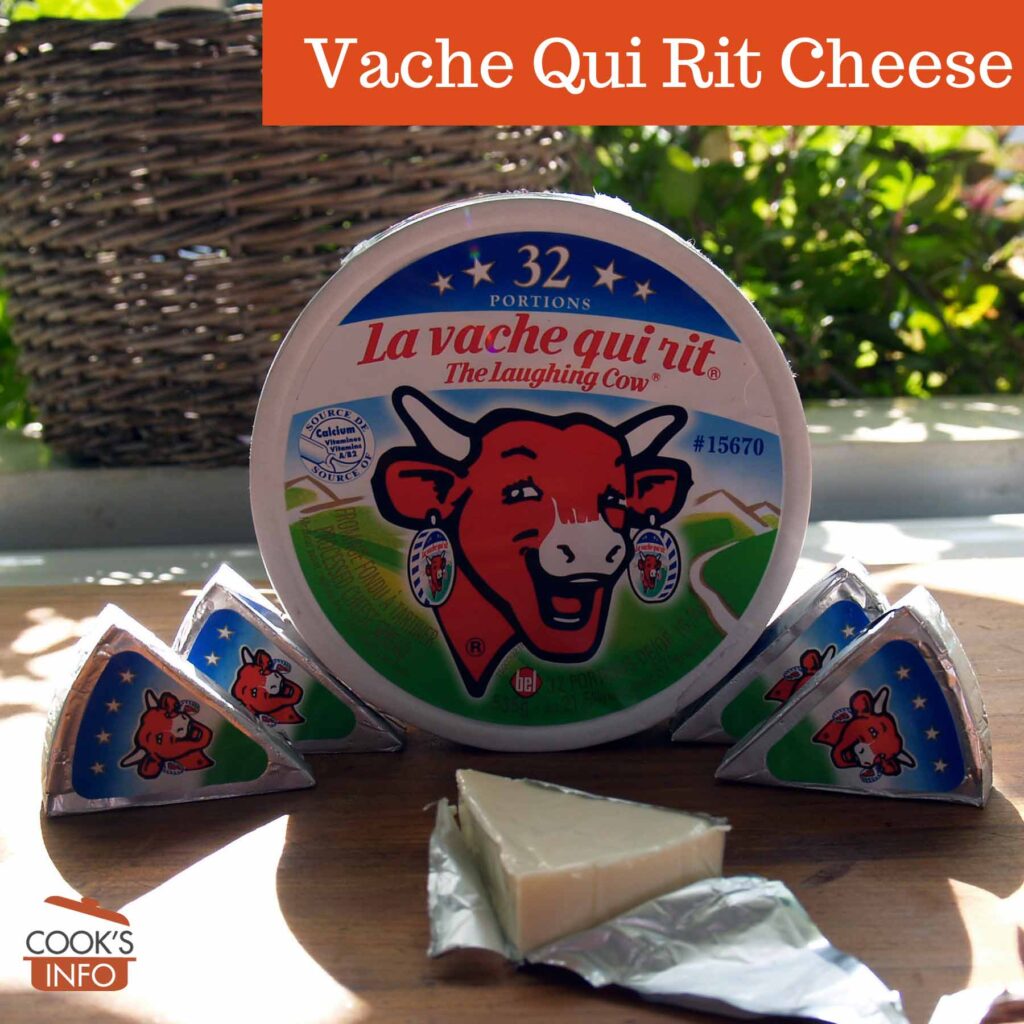 Vache Qui Rit cheese is a soft, white processed cheese with a sweet, mild taste and butter-like texture. It is made year round from cow’s milk.

It is popular owing to the individually-wrapped snack sizes it comes in.

It is often sold in a round cardboard box. There is a plastic red thread around the box. You pull the thread off to open it.

The box contains eight individually foil wrapped wedges of the cheese. The individually wrapped portions make it convenient for a snacking cheese.

You can also get the wedges in mesh bags, and other formats.

In the United States, the cheese is made in southern Kentucky. In France, the main factory is in Lons-le-Saunier, in the Jura region. The French factory usually supplies only Europe, but in times of greater North American demand, it also kicks in to top up supply.

The light version is 9% fat.

La Vache Qui Rit Cheese was invented in 1921. The phrase and graphic design was trademarked in 1921 by a Léon Bel. The design was retouched in 1923, and has been subtly modified over the years. For instance, in the 1970s, the cow’s horns got a bit less pointed.

The cheese used to be marketed in North America to an adult audience but now it is primarily marketed to children.

Sales skyrocketed in the U.S. when a light version was launched, and then it was further buoyed by the popularity of the “South Beach Diet” (advocated by a cardiologist in Miami, Arthur Agatston), for which it was suggested as a good food item. As a result, sales went up 250% in 2003 to 2004.

The name came about as an allusion to the German word “Walkyrie” (or “Valkyrie”, as we’d be more inclined to spell it in English.) In German opera and mythology, the Valkyrie were warrior maidens who served the gods and who wore helmets with horns on them, at least in popular caricature. During World War One, some French trucks had pictures painted on them of Valkyrie portrayed as hysterically laughing cows, which they called “La Wachkyrie” (pronounced vache qui rit.) 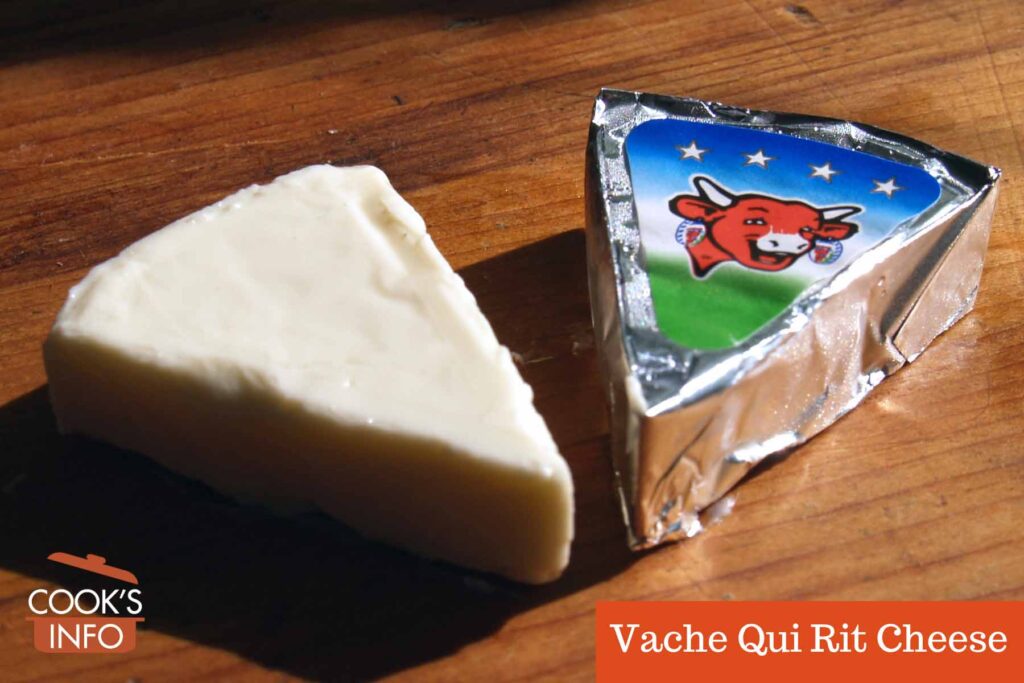