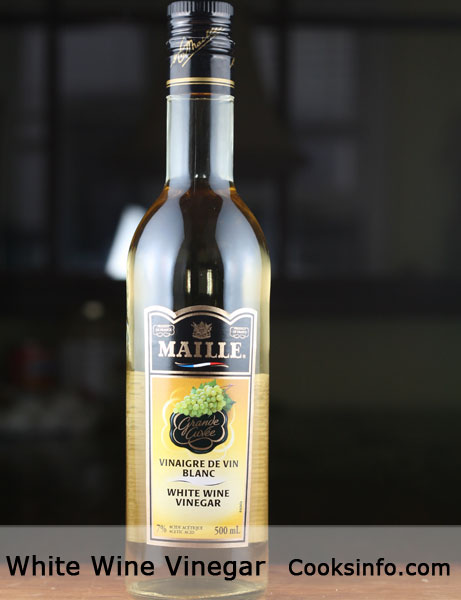 White Wine Vinegar is a tangy vinegar made from white wine. It is used in light-coloured sauces (such as Hollandaise and Béarnaise), and light-coloured dressings, where a darker vinegar such as red-wine vinegar would give the wrong colour.

It has a subtler, less harsh taste than the standard white distilled vinegar popular throughout North America. Consequently, it’s also used in recipes where that less harsh taste is important.

Any other white or light-coloured vinegar such as rice vinegar (not the seasoned kind), white balsamic vinegar, cider vinegar, etc. Or lemon juice.