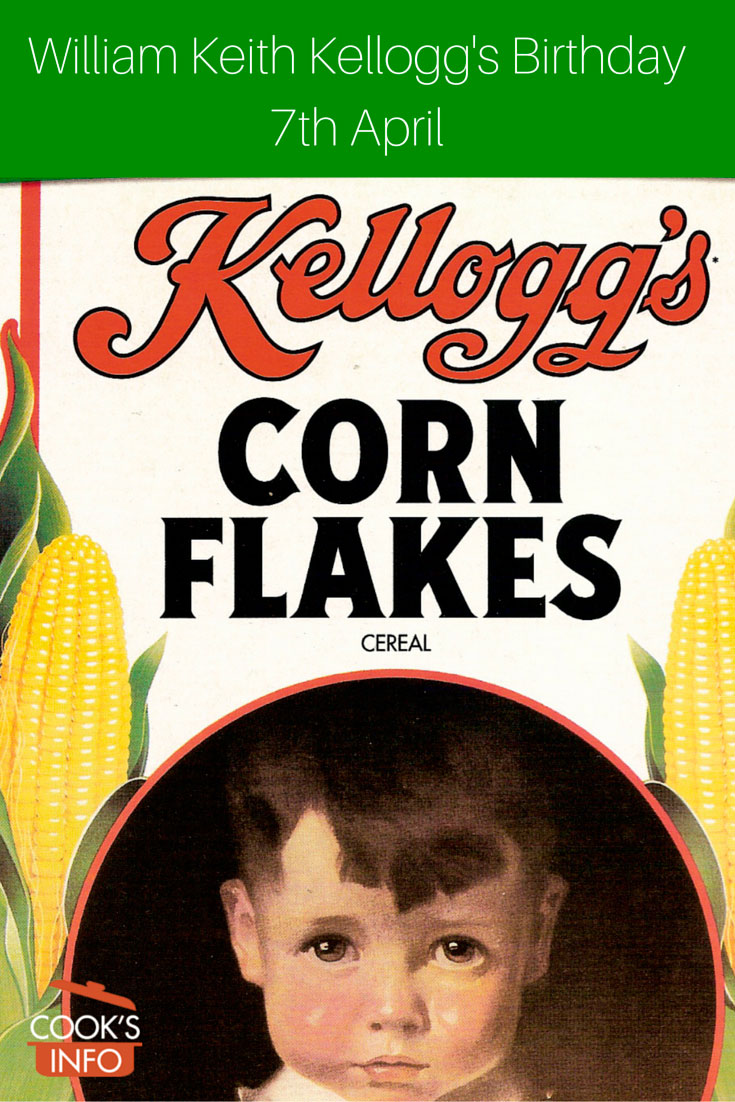 William Keith Kellogg was born on the 7th of April 1860.

In 1894, William, together with his brother John invented “Corn Flakes” breakfast cereal.

John didn’t want to be associated at that time with a commercial product, for fear it would impact his reputation as a medical doctor. By 1906, however, William (at the age of 46) decided to go for it. He bought out the commercial rights from John, sweetened the flakes with malt (which patients loved but his brother hated on health grounds) and started the Battle Creek Toasted Corn Flake Company.

On Wednesday, 7 June 1907 his first truly major advertising campaign began in New York City. Housewives were told to go wink at their grocer on Wednesday and they would get a free box of Corn Flakes. The city loved the campaign and sales increased fifteen fold because of it.

He then went on to promote other products such as Rice Krispies and All Bran. He became a multi-millionaire, and during the Great Depression, in 1934, he put most of his fortune, about $66 million US, into a foundation he created, the W.K. Kellogg Foundation. He died in 1951 at the age of 91.