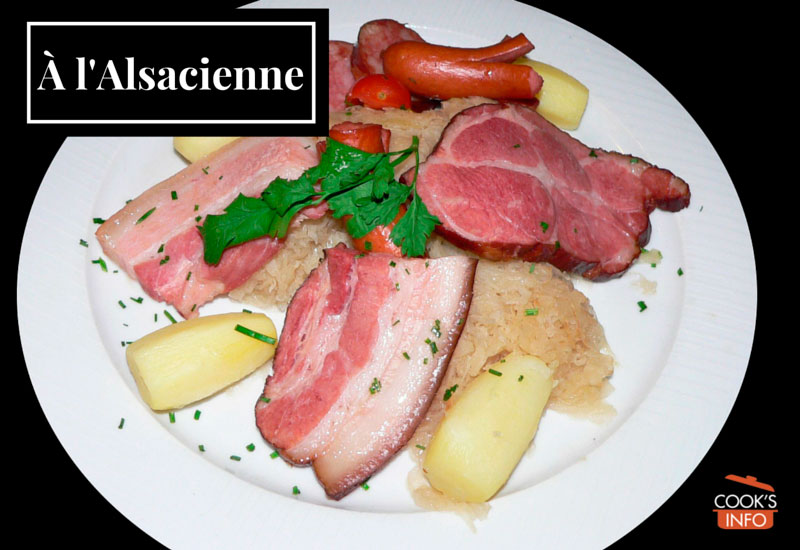 A meal which perhaps sums up ‘À l’Alsacienne’, with sauerkraut, sausage, and ham/bacon.
© Rama / 2005 / [CeCILL via Wikimedia Commons]

À l’Alsacienne is a French cooking expression that is often applied to dishes containing sauerkraut, sausage and ham; the dishes might also include or consist of braised meats and potatoes.

Alsacienne refers to the region of Alsace, France in north-eastern France. The region has a dual French / German identity and cooking traditions because the territory was passed back and forth between France and Germany over historical periods.

Both wine and beer are used in cooking; wines tend to be white wines, as in Germany. 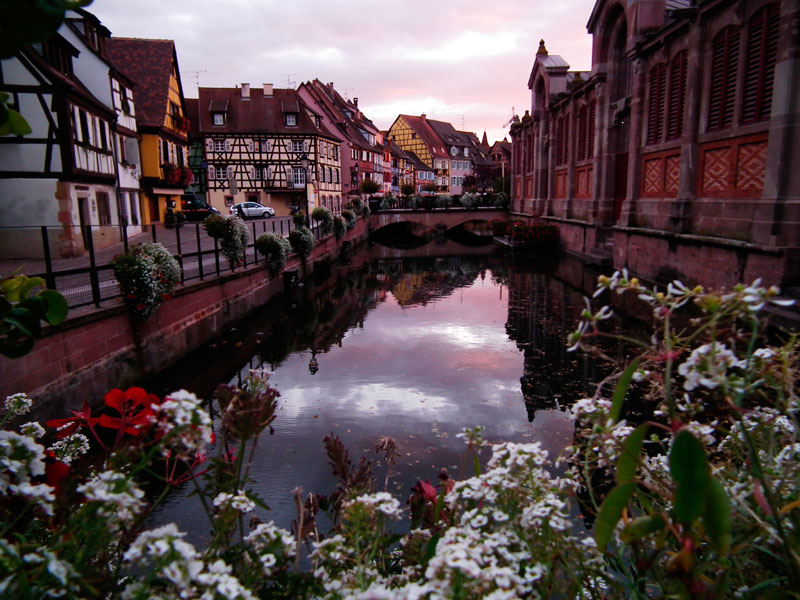 Colmar is the third-largest town of the Alsace region. Though the region is now part of France, this photo illustrates the German traditions.
© Sabine Löwer / pixabay.com / 2015 / CC0 1.0

Refers to the region of Europe, currently held by France, known as Alsace, which over the course of history has been German many times. This has resulted in a German influence on the food.

In German, the region is known as Elsass / Elsaß.