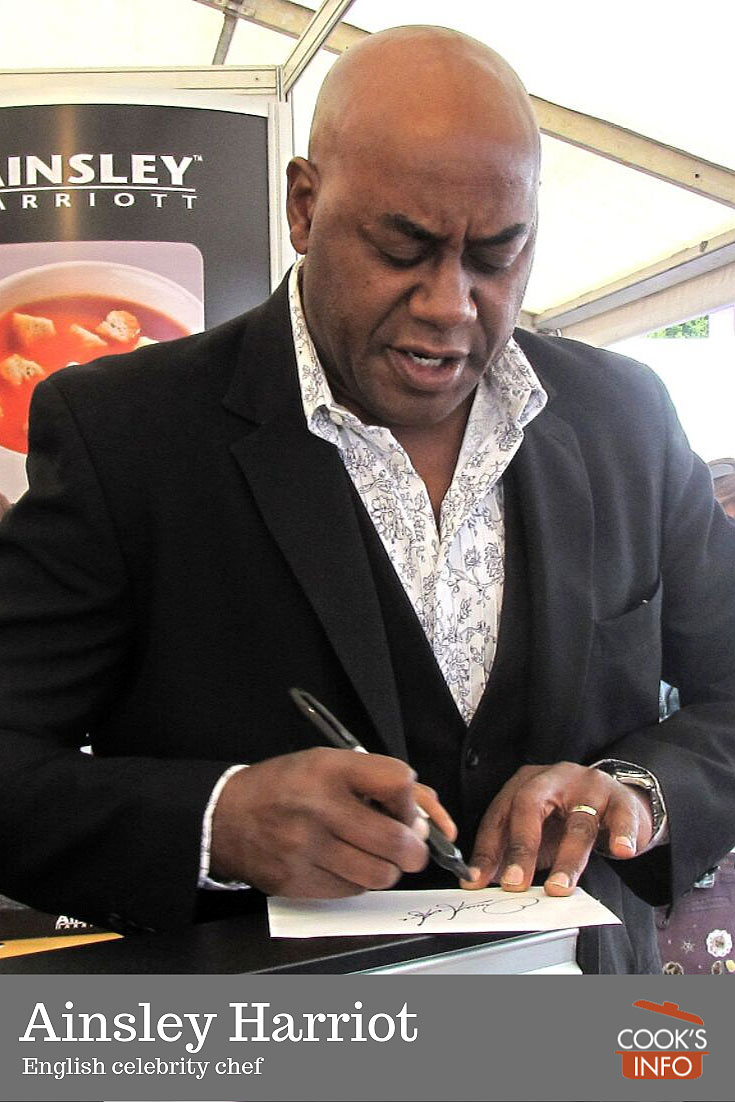 Harriott’s father father was Chester Harriott, the jazz pianist from Jamaica who came to England in 1952 on a scholarship for the Royal School of Music. His mother Peppy Strudwick was a nurse from Jamaica. Her father, Clifford T Strudwick, had cooked at the White House for American President Franklin Roosevelt.

Ainsley, along with his brother and sister, grew up in Balham, south London; he still lived in the Wandsworth Common area (as of 2010.) Peppy and Chester’s marriage later broke up.

In 1989, he married a costume designer named Clare Fellows, whose brother Graham Fellows is an actor. They had two children, Jimmy and Madelaine. The two separated in  2012 after 23 years. [1]Sheridan, Emily. Not so Steady any more: TV chef Ainsley Harriott splits from wife Clare after 23 years of marriage. London: Daily Mail. 22 November 2012.

Ainsley learned to cook from his mother, and trained in cooking at Westminster College. At 16, he became a trainee in a restaurant called “Verry’s” in London, where he went on to become commis chef. He then moved to become Chef Tournant at Strand Palace Hotel, and tried his hand at running a catering company. He then left the restaurant business for a bit, and toured around singing and doing comedy as part of a duo called “The Calypso Twins” (with Paul Boross.) They made one record in the early 1990s. 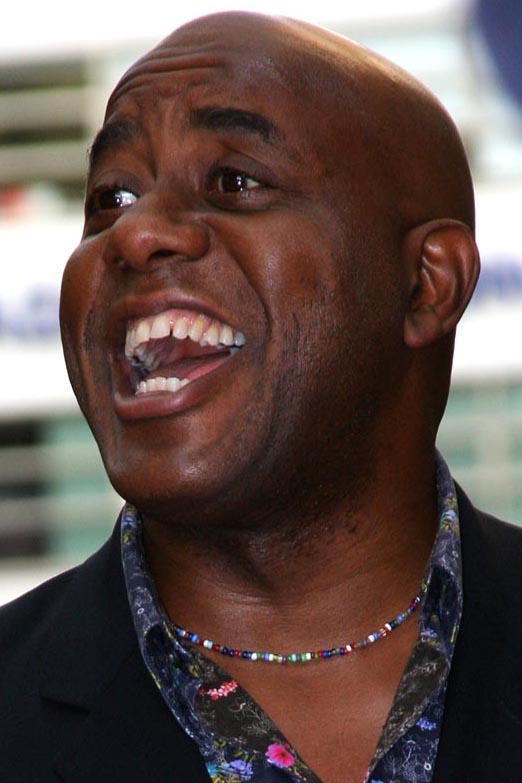 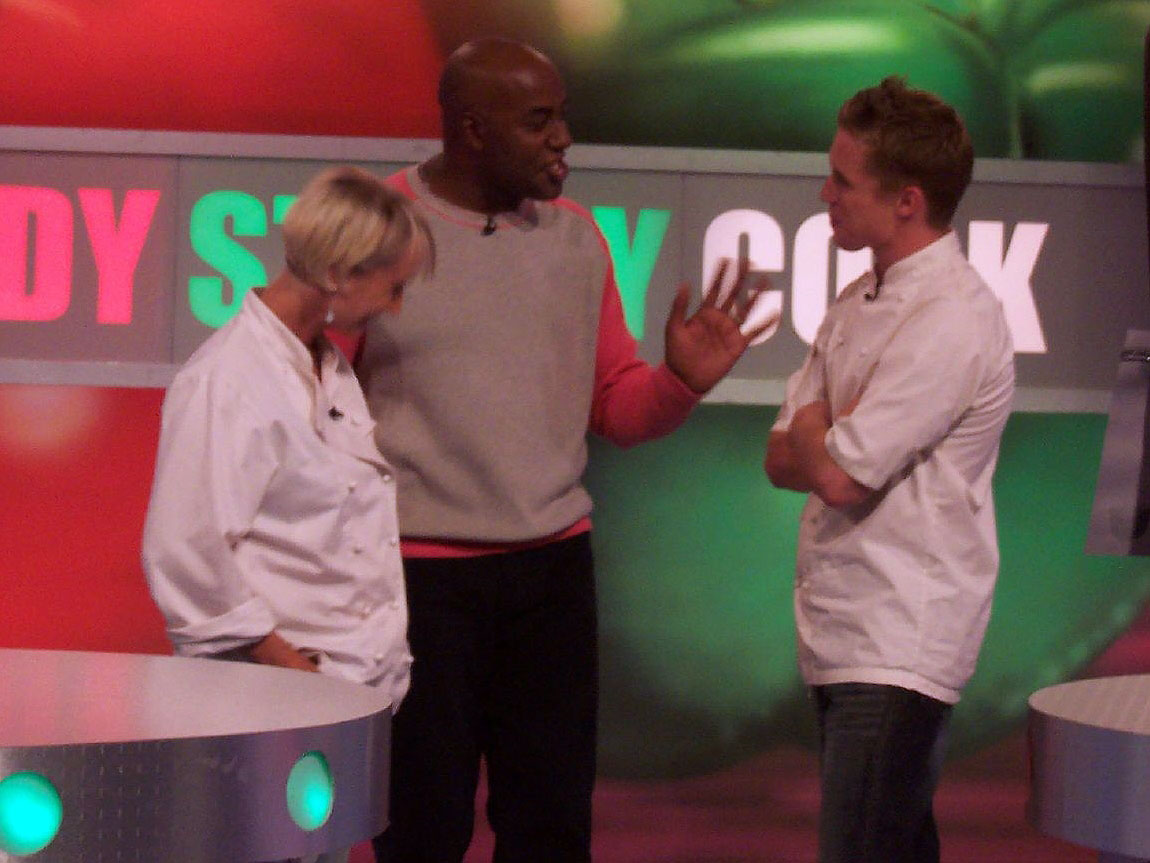 A quick BBC roundup of 7 of Ainsley Harriott recipes. 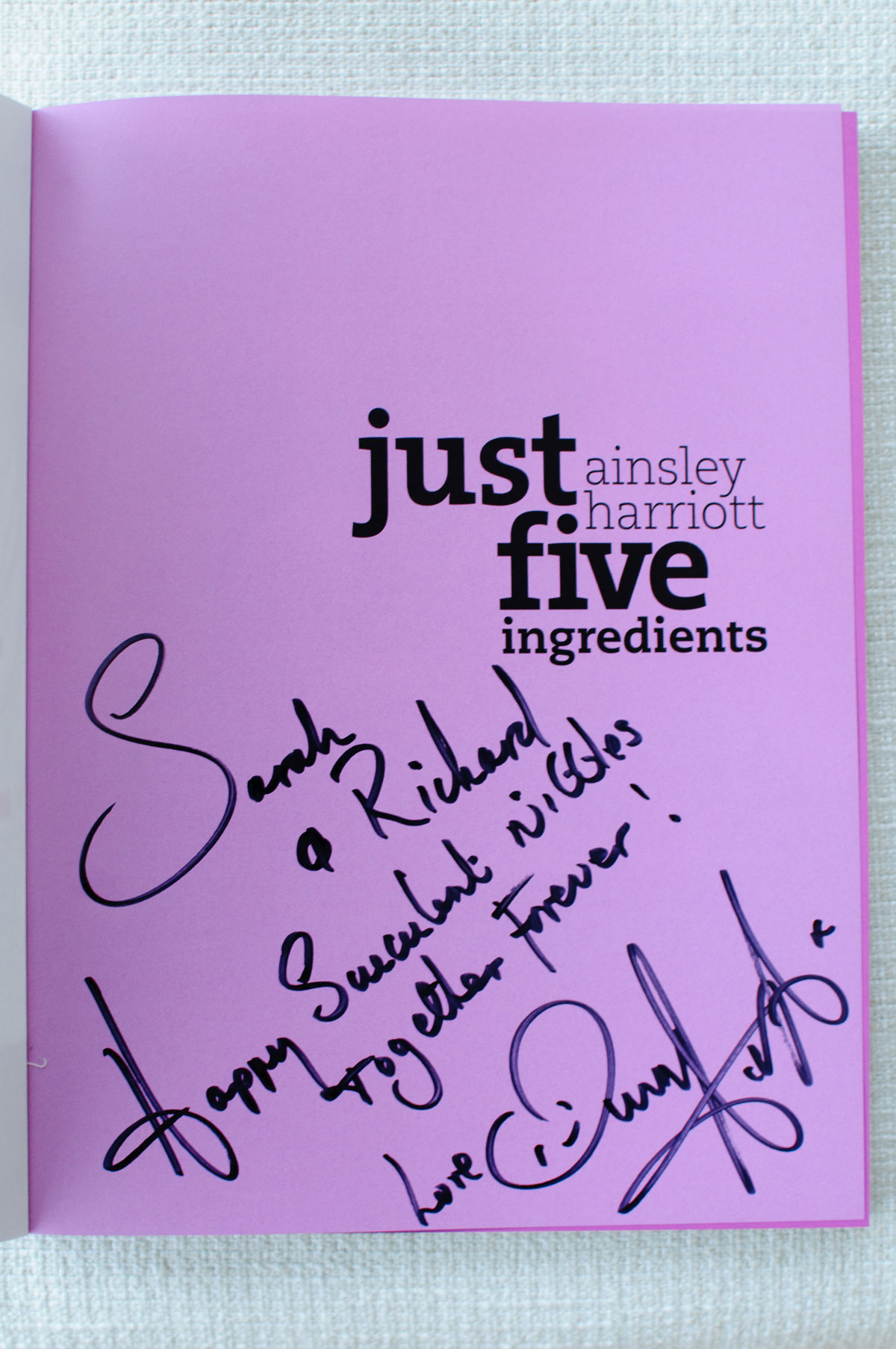