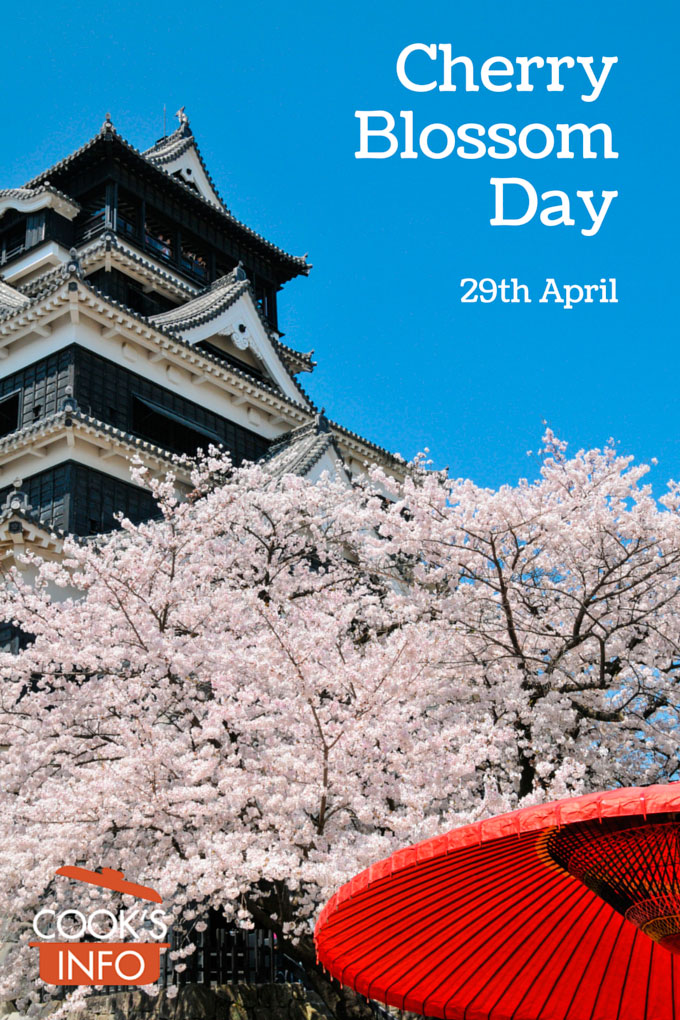 The 29th of April is Cherry Blossom Day in Japan.

To the Japanese, viewing cherry trees in blossom is a much-loved spring activity. One word in Japanese for spring, “sakura-doki” means “cherry blossom time.” People hold picnics in park throughout April to view cherry blossoms. To the Japanese, the blossoms symbolize purity, simplicity, beauty, fragility and short life.

A cherry blossom can last 4 to 10 days once opened, depending on the weather. Blossoms that are pale pink, or white tinged with pink, are preferred to dark pink or purple blossoms. Cherry trees blossom before their leaves come out.

Parties that begin in the mornings under blossoming trees are called “o-hanami.” Parties at night under the trees are called “yo sakura.” People wear funny costumes and masks. Businessmen hold social gatherings under the trees. Some people will stake out the tree under which they want to hold their hanami, and sleep under it over night to reserve it 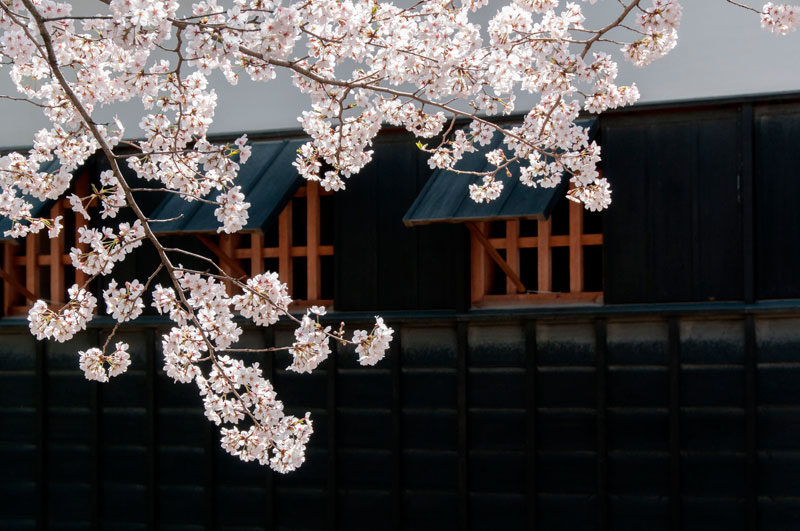 Cherry trees don’t blossom at the same time all over Japan. The season can run from March to May, depending where you are in the country, obviously later in the north. Newscasts in Japan will report on how far north the cherry blossom front (“sakura zensen”) has moved. There are many particularly famous viewing sites that people will travel to — some people will spend their weekends throughout the season travelling to different parts of the country for viewings. In Okinawa, at places such as Nago Castle and Nakajin Castle in Nago, the season starts earlier than most other places in Japan, sometimes as early as late January. Mount Yoshino-yama is considered the most famous cherry blossom viewing site, with over 30,000 cherry trees on the mountain. They blossom at different times on the mountain, depending on how high up the trees are.

Other famous viewing spots in Japan include Mount Fuji, Ueno Park in Tokyo, Hirosaki Castle in Hirosaki (Aomori Prefecture) or some of the richer residential streets in Kakunodate (Akita Prefecture.) Such places get quite crowded, with traffic jams even. Temporary paper lanterns are hung in Ueno Park to allow better viewing at night. 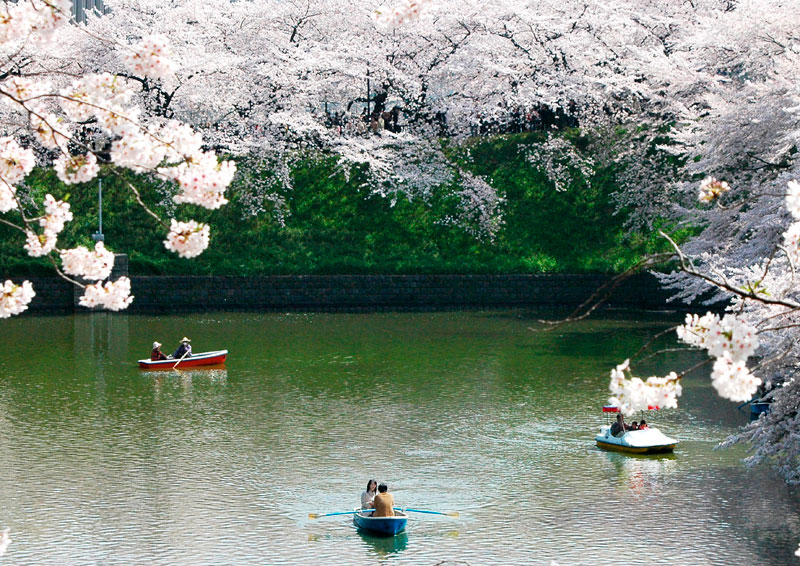 The cherry trees in question, though, aren’t what you may have been thinking of as cherry trees. These are ornamental cherry trees (Prunus serrulata), which aren’t cultivated for their fruit.

The ornamental varieties grown, with their Japanese names, include:

The school year and the business fiscal year in Japan start at cherry blossom time in the spring. 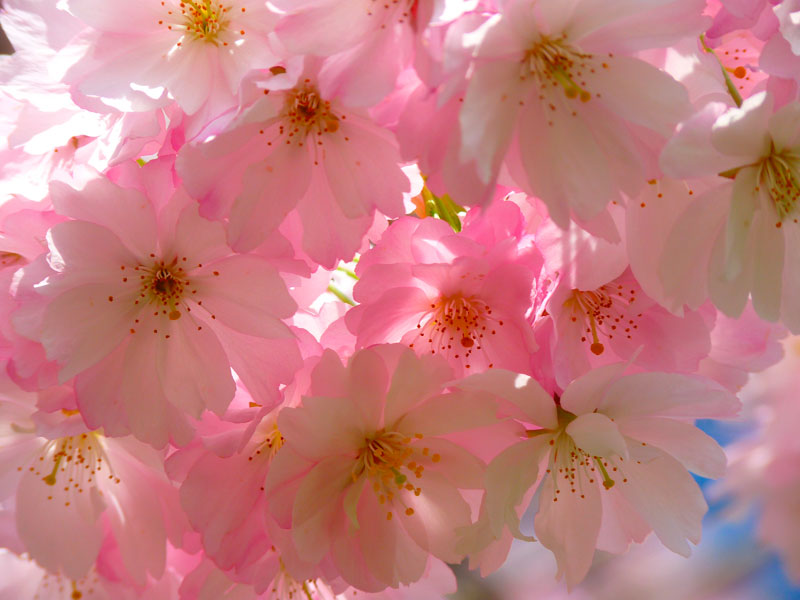 “Hanami” used to imply viewing “ume” blossoms, but since about 800 AD has meant cherry blossoms.

It was a religious ceremony held on a particular day, celebrated by the rich upper classes only. In the 1500s, the rich and powerful would hold very grand hanami parties. By the start of the 1700s, it was observed by ordinary people, who completed the transition of the event into fun eating and drinking.

Now, most people observe that very little “viewing of the blossoms” is actually done.

Yo no naka ni

If there were no
cherry blossoms
in this world
How much more tranquil
our hearts would be in spring. 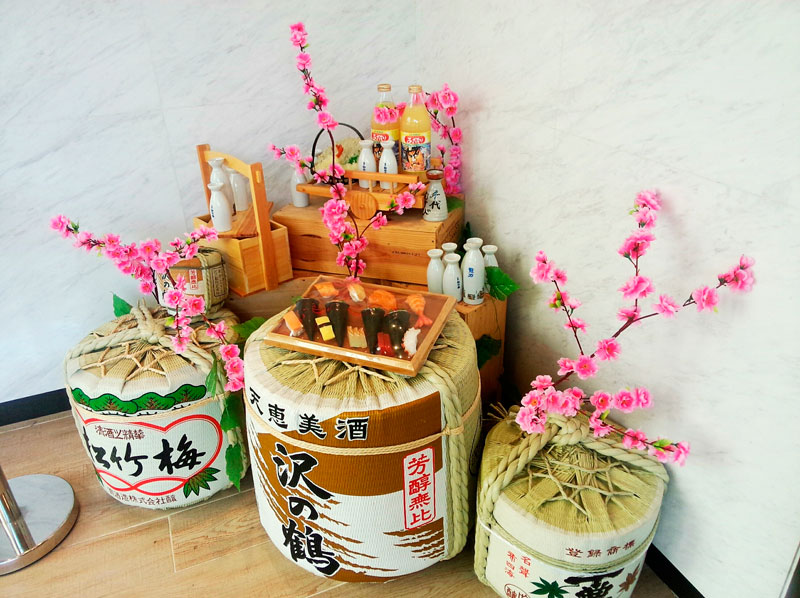