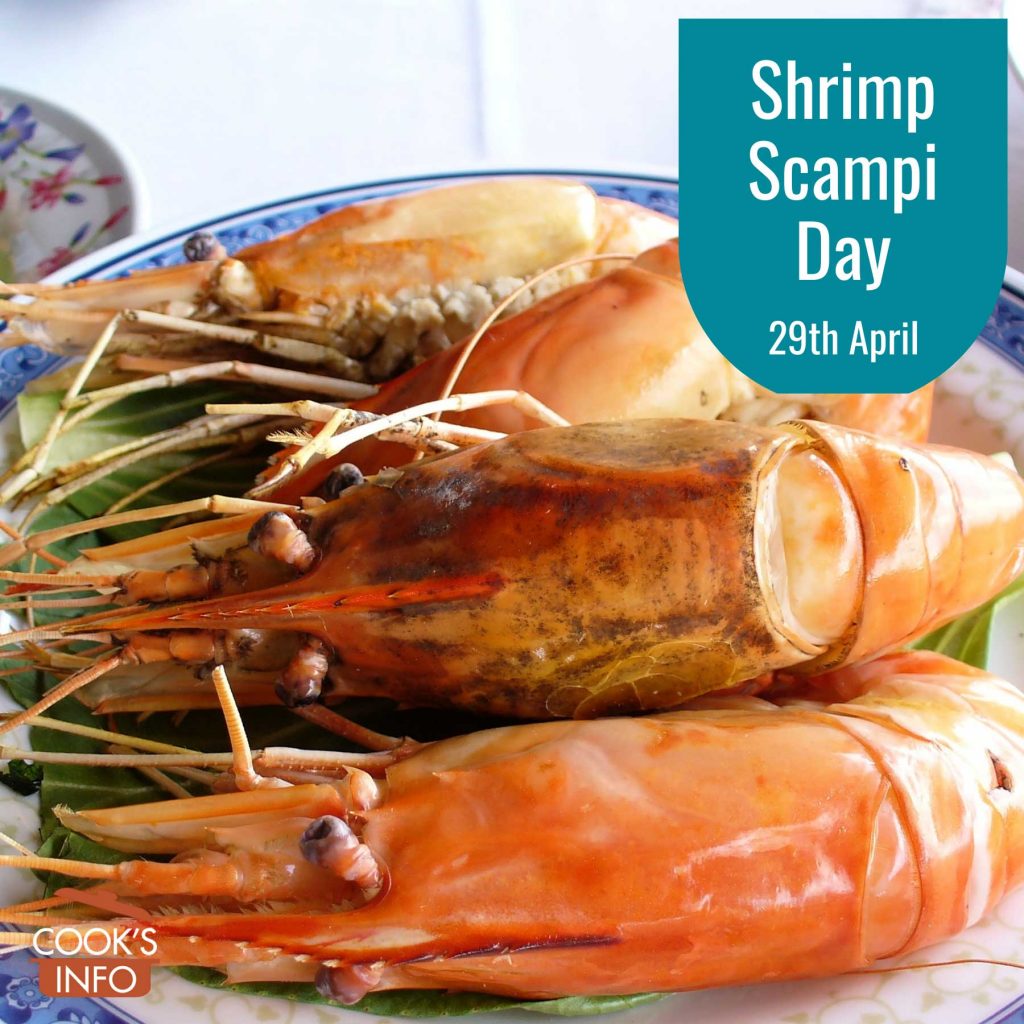 The 29th of April is Shrimp Scampi Day.

What “Shrimp Scampi” means depends on where you are in the world — but once you get past that, and hear what the dish that’s on offer is, we’re sure you’ll be all over it, whatever the name ought to be.

Any English-speaker from outside North America will just be completely baffled by the term “Shrimp Scampi.”

Scampi has evolved to mean “large shrimp” in North America. It doesn’t mean that to English speakers elsewhere.

Essentially, it’s a restaurant-marketing term meaning large shrimp (aka prawns) sautéed briefly in butter and / or oil with a bit of garlic and either white wine or white vermouth.

Some say it’s traditionally served over linguine, but given that traditionally there’s never been a traditional dish called “Shrimp Scampi”, that’s a little tricky to puzzle out.

Nevertheless, in some parts of America now, when people see “shrimp scampi” on a menu, they will expect “jumbo” shrimp (aka prawns) sautéed with garlic served on pasta. Some even say “scampi-style shrimp”, as though “scampi” is suddenly a preparation method, describing both the preparation method and the presentation on pasta. Italians will balk at some of the variations that are served with Parmesan cheese because for an Italian, putting cheese on seafood is scandalous.

Some versions even make shrimp scampi by swapping in chicken instead — cubes of boneless, skinless chicken breast halves — and call it “chicken scampi.” 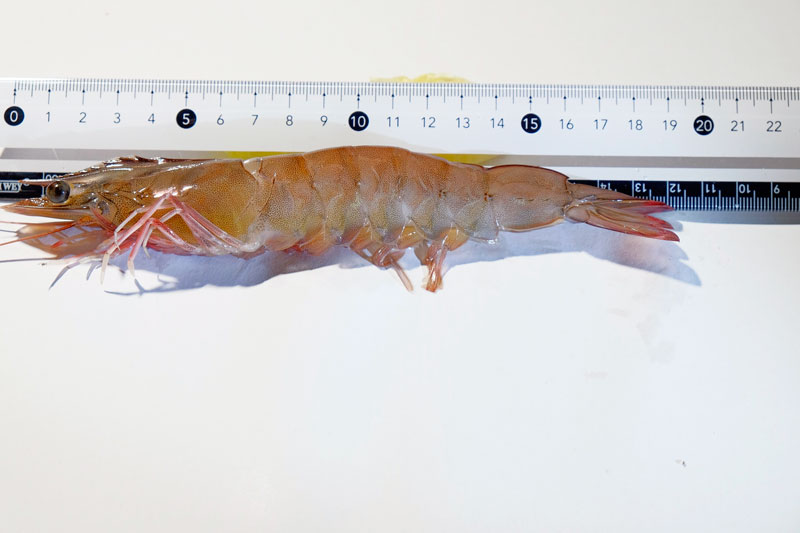 With that being said, it’s a good day to enjoy large shrimp / prawns sautéed up with garlic — heck what day isn’t, if you’re a shrimp lover?

And it’s a good day to clear up some confusion over what’s a shrimp, what’s a scampi, what’s a prawn — CooksInfo has got it all sorted. See the entry on “Shrimp.”

The earliest print mention CooksInfo has been able to find of an April “Shrimp Scampi Day” occurred in April 2002 in the Pensacola News Journal (and several affiliates at the same time):

In 2006, a New Hampshire columnist wrote that he thought it was a silly holiday, and a “dumb” name, to boot:

This web site generates income from affiliated links and ads at no cost to you to fund continued research · Information on this site is Copyright © 2022· Feel free to cite correctly, but copying whole pages for your website is content theft and will be DCMA'd.
Tagged With: Shrimp