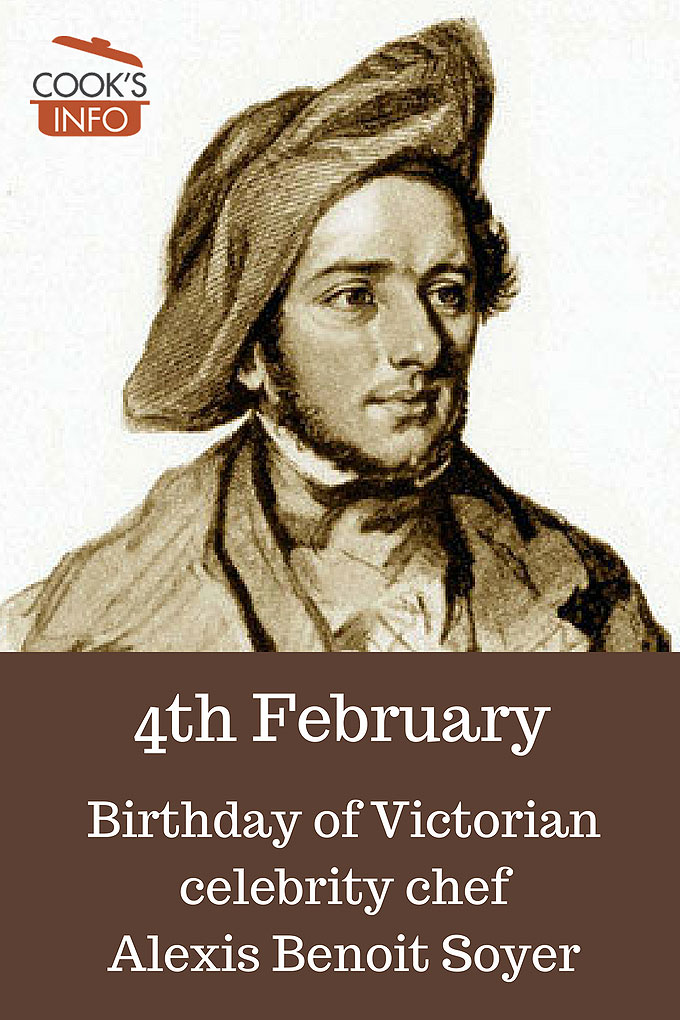 The 4th of February is the birthday of Alexis Soyer, born in 1810.

Soyer was perhaps the first celebrity chef in the English-speaking world, though contemporary culinary history has forgotten him. He sold hundreds of thousands of copies of his books, marketed his own line of bottled foods, and invented his own line of appliances and kitchen tools.

He performed highly publicised charitable work. Long before anyone thought of reforming school children’s dinners, Soyer was in Dublin feeding victims of the potato famine, and was working with Florence Nightingale to reform the diets of soldiers.

Yet, for all this, there are some people who believe that Soyer never actually learned how to do his own handwriting — that he dictated his works instead — and when he died, a creditor was able to seize everything,

Here is the full biography of Alexis Benoit Soyer.