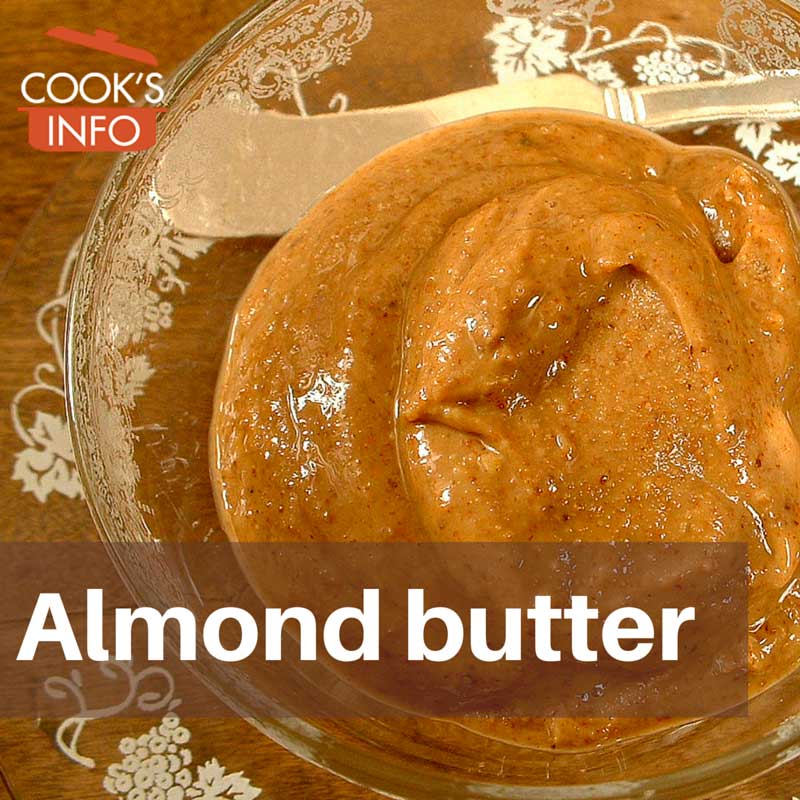 The modern definition of Almond Butter is ground up almonds, usually with a bit of oil added to bind the ground almonds together. It looks like the kind of natural peanut butter that has the oil on top. Sometimes, a bit of sweetener is added. It can be used in any way that peanut butter would be used.

Another definition of “Almond Butter” is one from classical French cooking: 1 part almonds, ground to a paste, combined with 2 parts butter (actual butter.) The mixture is then forced through a sieve, and used as a garnish on hors d’oeuvres, soups and sauces.

The modern version is sold at health or bulk food stores, or make your own in a food processor. It has a bit of a cult following these days amongst some health foodies who have decided that peanuts, and therefore peanut butter, are inherently evil.

If you grind almonds on their own without some added oil, you will just end up with almond powder.

Toast the almonds a bit first to release the oils in the nuts, then whiz in a food processor adding drops of a vegetable oil until the mixture forms a butter that looks like peanut butter.

You may also add a drop or two of almond extract to enhance the flavour, and a bit of sweetener if the nut butter has a bit of a bitter edge.