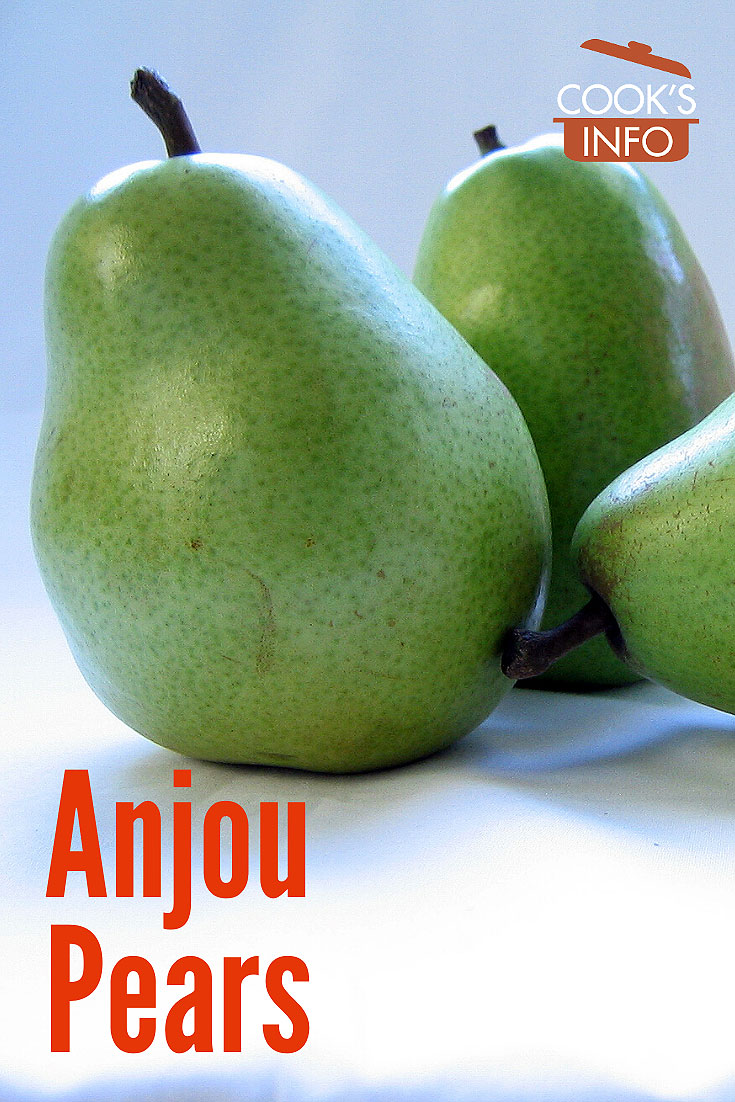 Anjou (aka d’Anjou) pears are one of the more popular pear varieties reliably found in stores in North America.

They don’t have the traditional shape that we think of when we think of pears; they are stubby and oval, kind of like a large, fat egg.

They are very juicy pears, with a taste that some people delicately describe as “delicate”, while other people just come out and say “bland.” Anjous are, however, not as grainy or mealy as some other types of pears can be, and this may account for their wide popularity.

Anjou will continue to ripen after being picked. They ripen from the inside out. To check for ripeness (indicated by softness), press gently on the top of the pear to see if it yields slightly to light pressure. Unripe Anjou in the stores will take about 3 to 5 days at room temperature at home to ripen. After that, store in fridge to slow the ripening process down.

There are two cultivars, green and red.

Green is the original, default skin colour of Anjou pears.

Most Anjou have yellowish-green skin, sometimes with red patches.

Its skin colour starts off green and stays green. It does not indicate ripeness by changing skin colour to yellow, as many other varieties of pears do. 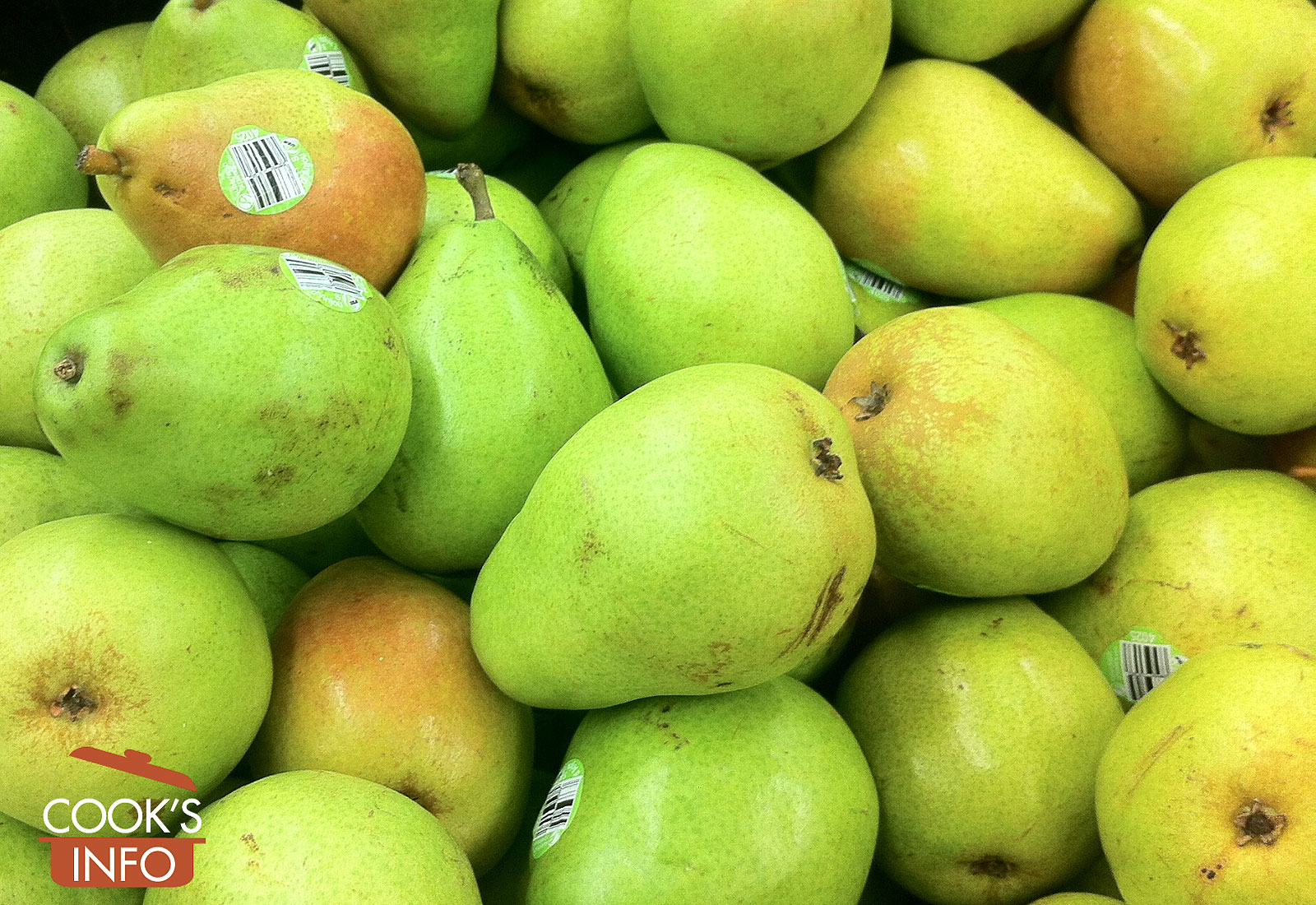 Another cultivar of Anjou with red skin was been introduced to the broader market in the fourth quarter of the 1900s. Consequently you may seen the original green one labelled “green Anjou” to distinguish. Both red and green Anjous have smooth skin, the same shape, and the same taste. See separate entry on Red Anjou Pears.

Seasonally, Anjou sales start to take off once the Bartlett season starts to end. [2]”Bartlett and d’Anjou pears are the most popular varieties, according to Shales. “Their seasons overlap some, but in general, Bartlett kicks off the new pear season and d’Anjou replaces it as the volume leader once the Bartlett season starts to wind down.” Riel, Howard. Use ‘Four P’s’ To Sell More Pears. Produce Business. Boca Raton, Florida. 1 September 2019. Accessed June 2020 at https://www.producebusiness.com/use-four-ps-to-sell-more-pears/

In the United States, Oregon and Washington states are the largest producers, but off-season, that is supplemented by imports from places such as Argentina, particular the Rio Negra area. [3]”Today Anjou pears are also cultivated in Washington State, Oregon, and the Rio Negro area of Argentina…” Anjou Pears. Accessed June 2020 at https://specialtyproduce.com/produce/Anjou_Pears_6587.php

Anjou pears are fine to cook with.

Fully ripe Anjou pears will go quite mooshy when cooked.

If cooked shape doesn’t matter, then using fully ripe ones is fine.

If shape after cooking is important — say, in a pear pie — then either use slightly underripe Anjous, or choose a different variety of pear.

The Anjou variety originated in the early 1800s in the Anjou area of the Loire Valley, France. It was introduced into England shortly afterwards by Thomas Rivers (3rd, 1797-1877) of Rivers Nursery in Sawbridgeworth, Hertfordshire, England, and to America in the early 1840s. It was brought over to America with the original French name Beurré d’Anjou, which was shortened to Anjou.

Americans pronounce “Anjou” to rhyme with “banjo”, as in “an – joe”. The pears are sometimes referred to as “d’Anjou”.