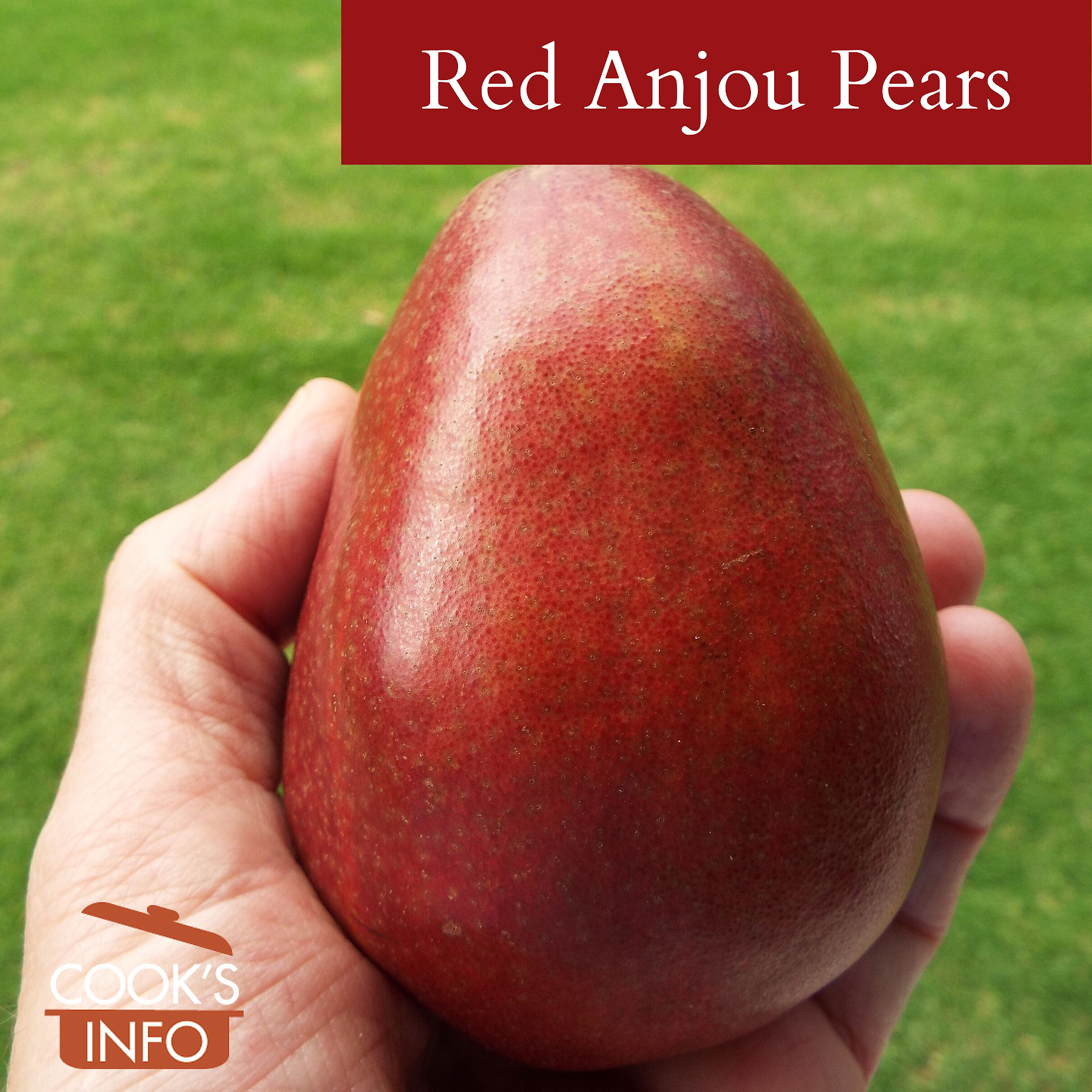 The only difference is that their skin is a deep red colour.

Red Anjou will continue to ripen after being picked, ripening from the inside out. The red colour does not change as the pear ripens.  To check for ripeness (indicated by softness), press gently on the top of the pear to see if it yields slightly to light pressure. Unripe Red Anjou in the stores will take about 3 to 5 days at room temperature at home to ripen. After that, store in fridge to slow the ripening process down.

Red Anjou were developed from a sport of green Anjou pears.

The pear marketing organization for Oregon and Washington states says,

“Red Anjous originated as naturally occurring bud sports found on Green Anjou trees. “Bud sports” are spontaneous, naturally occurring transformations that crop up on trees, and they are most often unnoticed. Red Anjous, however, are an exception. Actually, they are an exception that occurred twice, as the first red sport of Anjou was discovered in the early 1950’s near Medford, Oregon, and a second red sport was discovered in the late 1970’s in Parkdale, Oregon.” [1]USA Pears.org. Red Anjou Pears. Accessed June 2020 from https://usapears.org/red-anjou/

There’s reason to question, however, the 1950s date as being the earliest known date, as a distinctly red Anjou was depicted in 1921 in The Pears of New York by Ulysses Prentiss Hedrick. 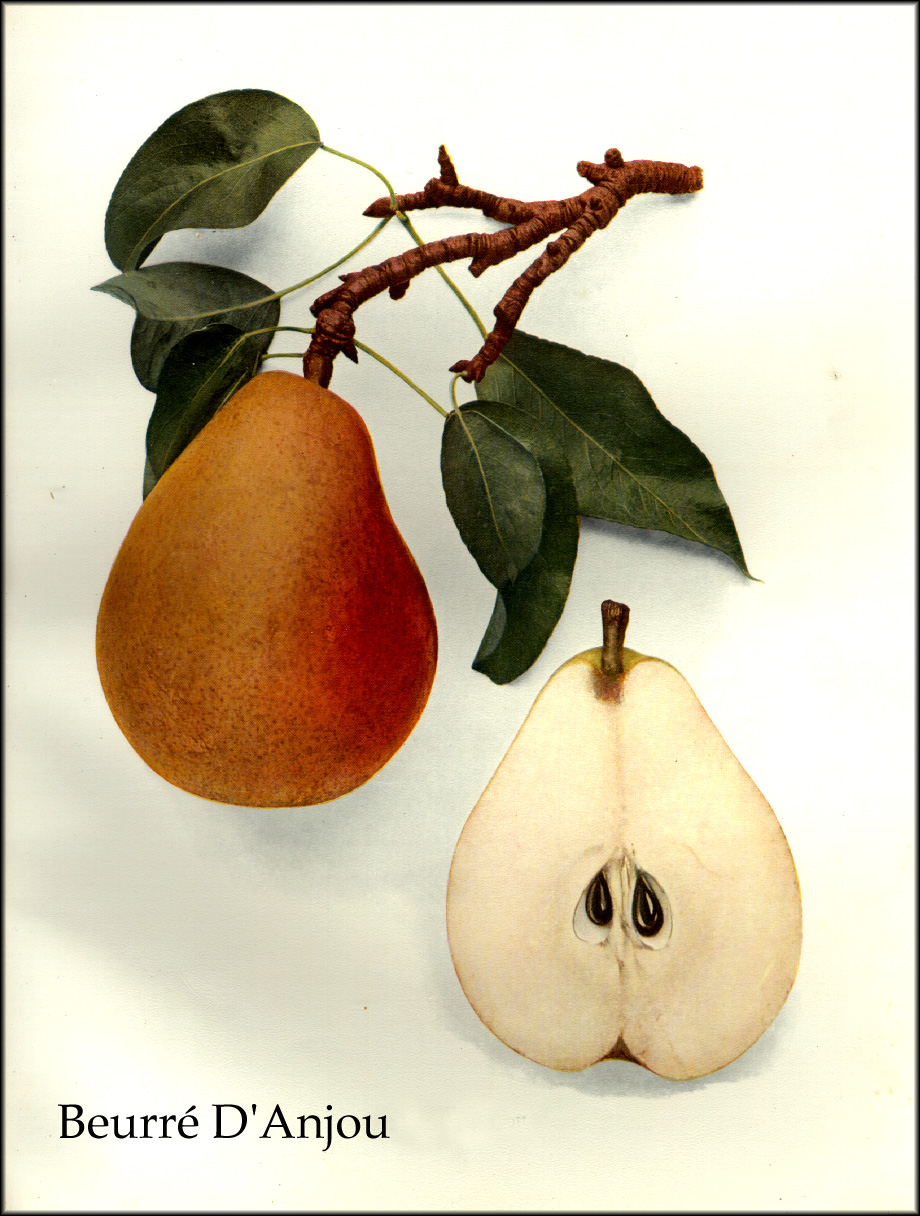 This web site generates income from affiliated links and ads at no cost to you to fund continued research · Information on this site is Copyright © 2022· Feel free to cite correctly, but copying whole pages for your website is content theft and will be DCMA'd.
Tagged With: Anjou Pears, French Food