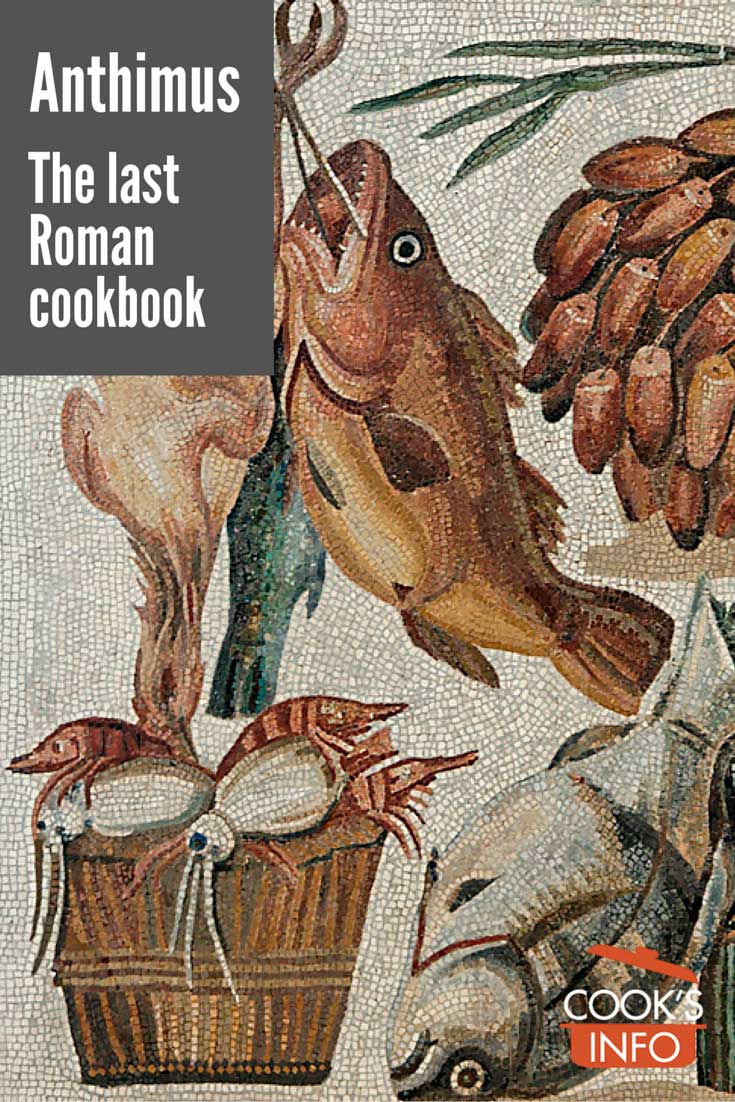 Fish and vegetables hanging up in a cupboard, still-life. © Marie-Lan Nguyen / Wikimedia / 2006

Anthimus is known in the food history world as author of “De observatione ciborum” (“Observations about food”), written either shortly after 511 AD, or sometime around 526 AD.

Some people like to hype this as the first French cookbook, but in fact, that’s a wild stretch — it’s far more accurate to say that it’s the last cookbook to come out of the Western Roman Empire (the Eastern Roman Empire went on for nearly a thousand years after this.) More like a long letter than a book, it’s written in Latin, not French, and it was written at a time when there was still a Roman senate — albeit a toothless one, answering to Goth rulers.

Anthimus was a Greek from Byzantium in the Eastern Roman Empire (for this reason, some refer to it as a Byzantine cookbook.) He served as the Byzantine ambassador to Theuderic I. Theuderic (aka Theodoric I, Thierry I, son of Clovis, date of birth unknown) was the Merovingian King of Reims (north-eastern France east of Paris) and Austrasia (north-eastern portion of the kingdom of the Merovingian Franks) from 511 AD until his death in 533 or 534 AD. 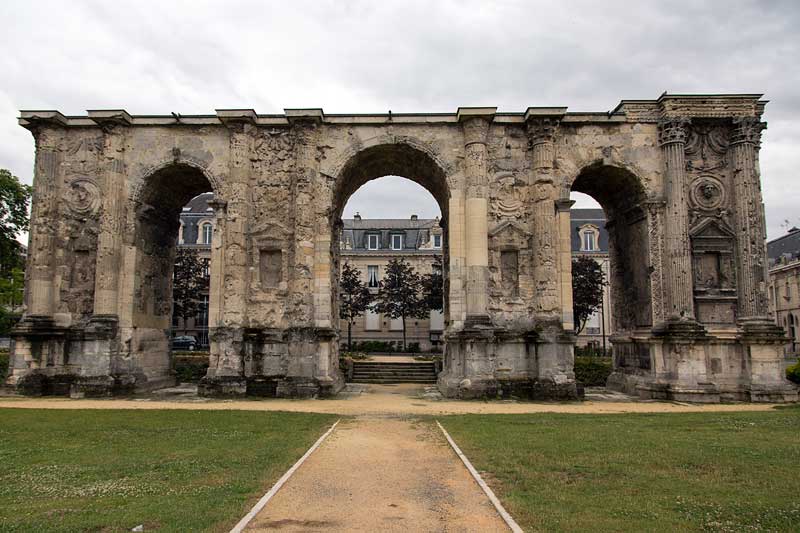 Anthimus lists, what was perceived at the time, as healthy and unhealthy eating habits and food. He tells people that apples and pears are only fit to be eaten by people when the fruit has ripened in the sun. To restore and promote health, he emphasizes slightly more the foods to abstain from than he advises what to eat. In fact, he counsels against excess. His advice was futile, quite likely: probably many of the barbarian nobles (who were the ones who could afford excess) couldn’t even read at the time, even if they had heard of his “book.” 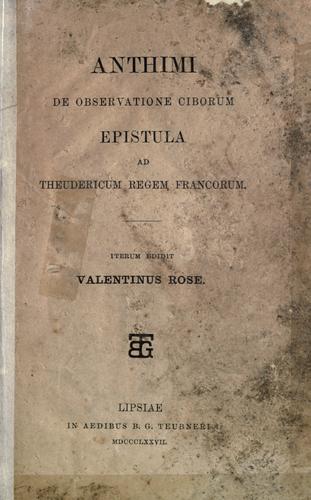 Being Byzantine and a classical physical, he subscribed to the Greek theory of the four humours governing health (see Greek Dietetics.) Thus, he counselled ginger a great deal, because despite its heat, it had moisture (in the “Dietetics” world view.)

Anthimus seemed to regard butter as more of a medicine than a cooking ingredient.

He doesn’t give a lot of information on how to season food.

Anthimus’s work gives us an idea of how the Germanic peoples ate at the time, and shows, for the upper classes at least, the interplay between Roman and Germanic traditions of eating:

This web site generates income from affiliated links and ads at no cost to you to fund continued research · Information on this site is Copyright © 2022· Feel free to cite correctly, but copying whole pages for your website is content theft and will be DCMA'd.
Tagged With: Roman Food