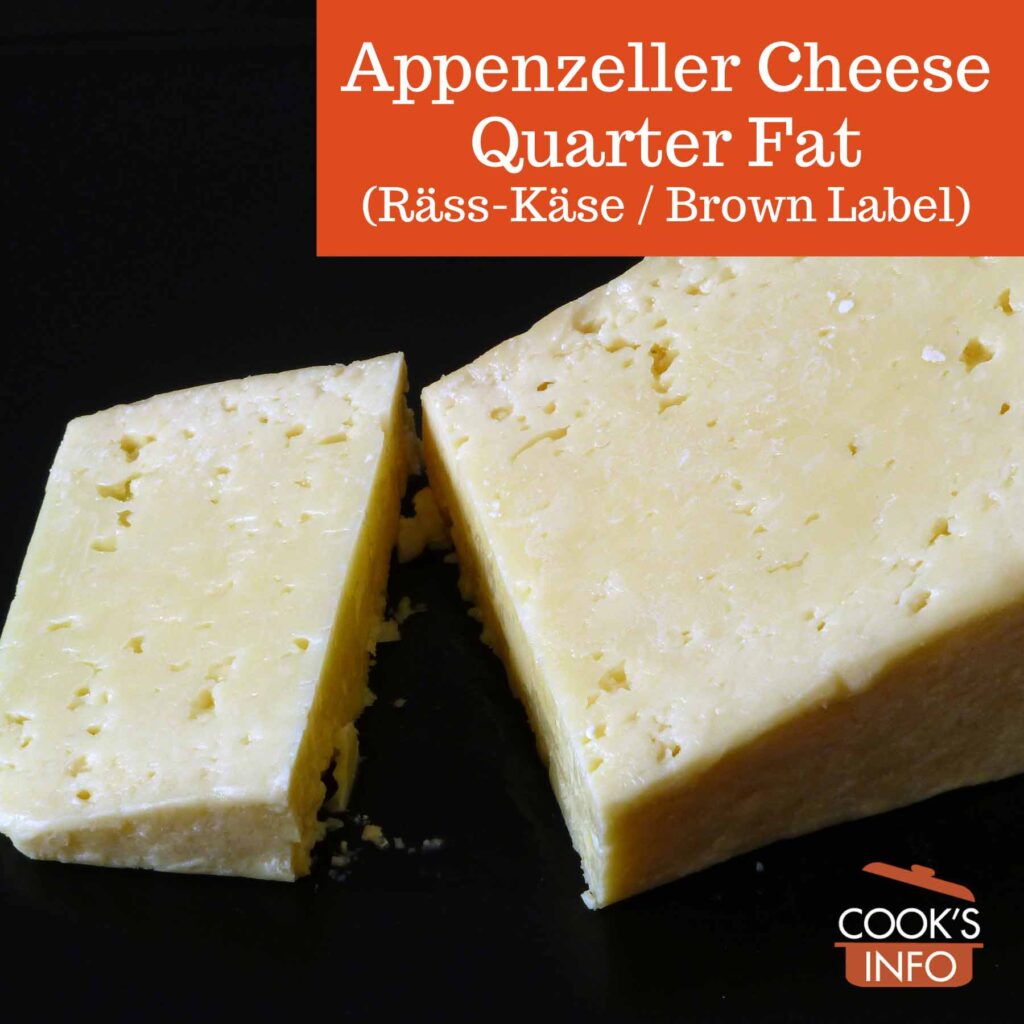 It is made from semi-skimmed milk (2% fat milk) and has a fat content of around 18% (dry weight.)

In making this lower-fat version, less water is added while making the cheese, and a lower cooking temperature is used for the curds. Different starter cultures reduce the speed of the fermentation, which in turn lets more water remain in the cheese helping to replicate the body that people expected from full-fat Appenzeller.

It ends up with a texture like that of full-fat Appenzeller, though a bit softer, and with a milder flavour.

It appeared on the market only at the end of the 1990s, having been developed in response to changing market tastes. According to the Appenzeller Association, however, farmers had made it for themselves long before that.

It is sometimes referred to as “viertelfett Appenzeller” in German (meaning “quarter fat”).

The cheese is firm enough to be grated. Good as a complementary cheese in fondues.

“Räss-Käse” / Räßkäse means “sharp / spicy cheese”. The cheese is marketed in English as “brown label”, likely because of the packaging. Other versions of Appenzeller are sold with their own unique colour of label as well.