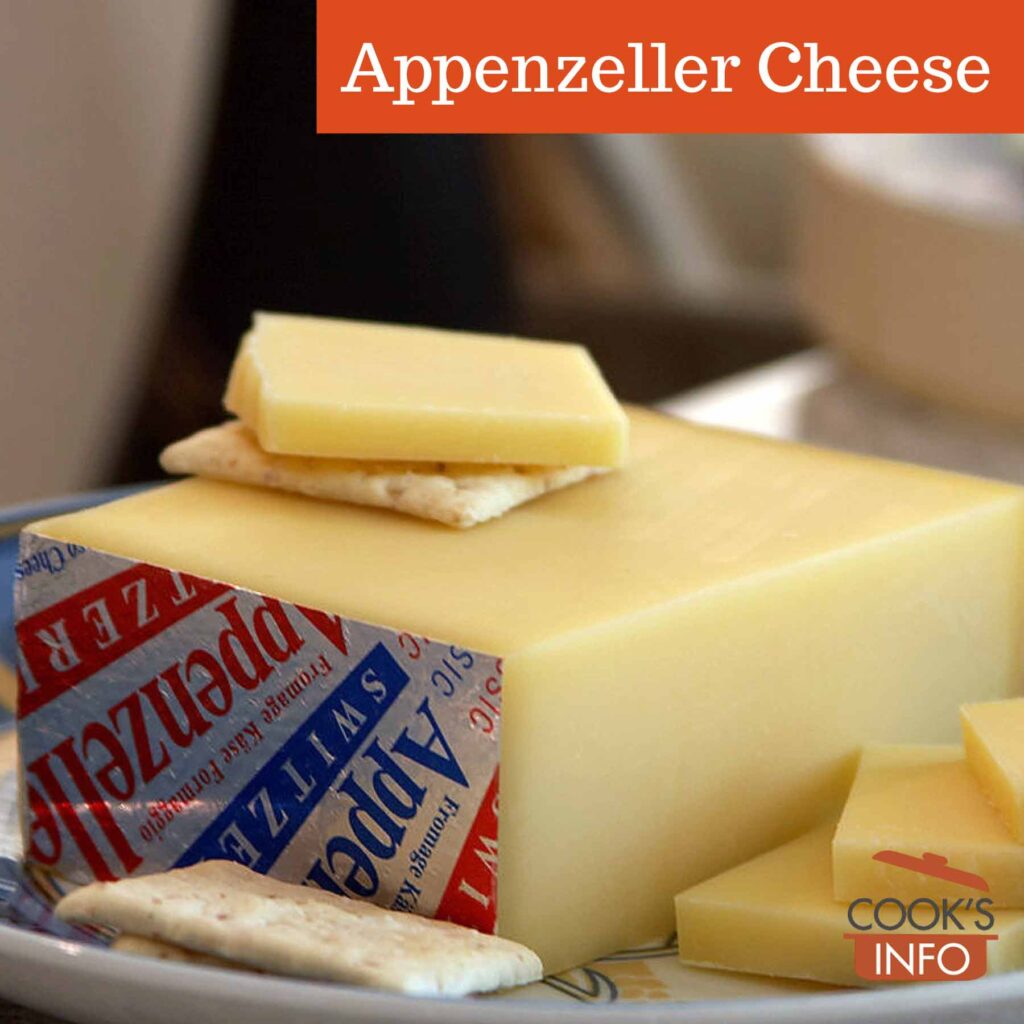 Appenzeller cheese has a hard, salty-tasting rind, which can vary in colour from brownish-yellow to orangey. The cheese inside has a pale yellow semi-hard pate with small holes in it.

The cheese is made from whole raw cow’s milk. The curd is pressed and formed into wheels that are then bathed in a spiced brine made from either wine or cider. After 3 or 4 months of maturing, the wheels are dipped in the brine again. The cheese is generally aged a total of anywhere from 8 to 12 months.

There are several different varieties of it made now, demarcated by differently-coloured labels (brown, silver, purple, green, etc.) to meet various market demand segments. The fat content tends to range from 48 to 54%, though a quarter-fat one is also made from skimmed milk.

It is made in 4 cantons (provinces) in Switzerland: Appenzell Inner Rhoden, Appenzell Ausser Rhoden, St. Gall and Jhurgau. A version is also made in Vorarlberg state in Austria.

The cheese is hard enough to be grated. Appenzeller is a good complement to other cheeses in fondues.

Appenzeller was probably first made around the 8th or 9th century.

Named after the Appenzell cantons in North-Eastern Switzerland. 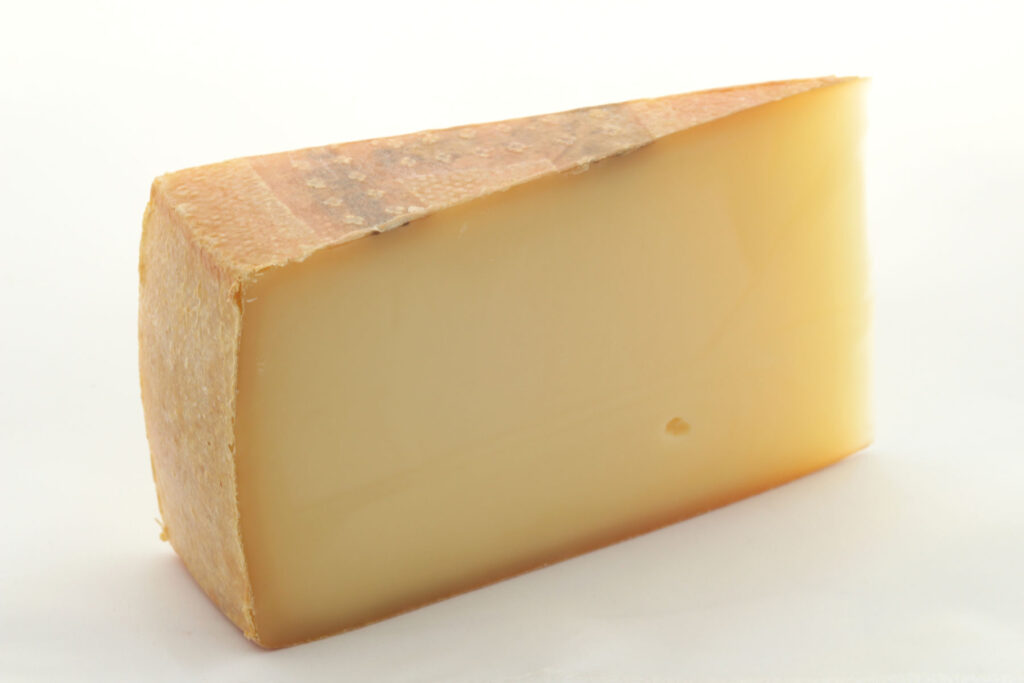