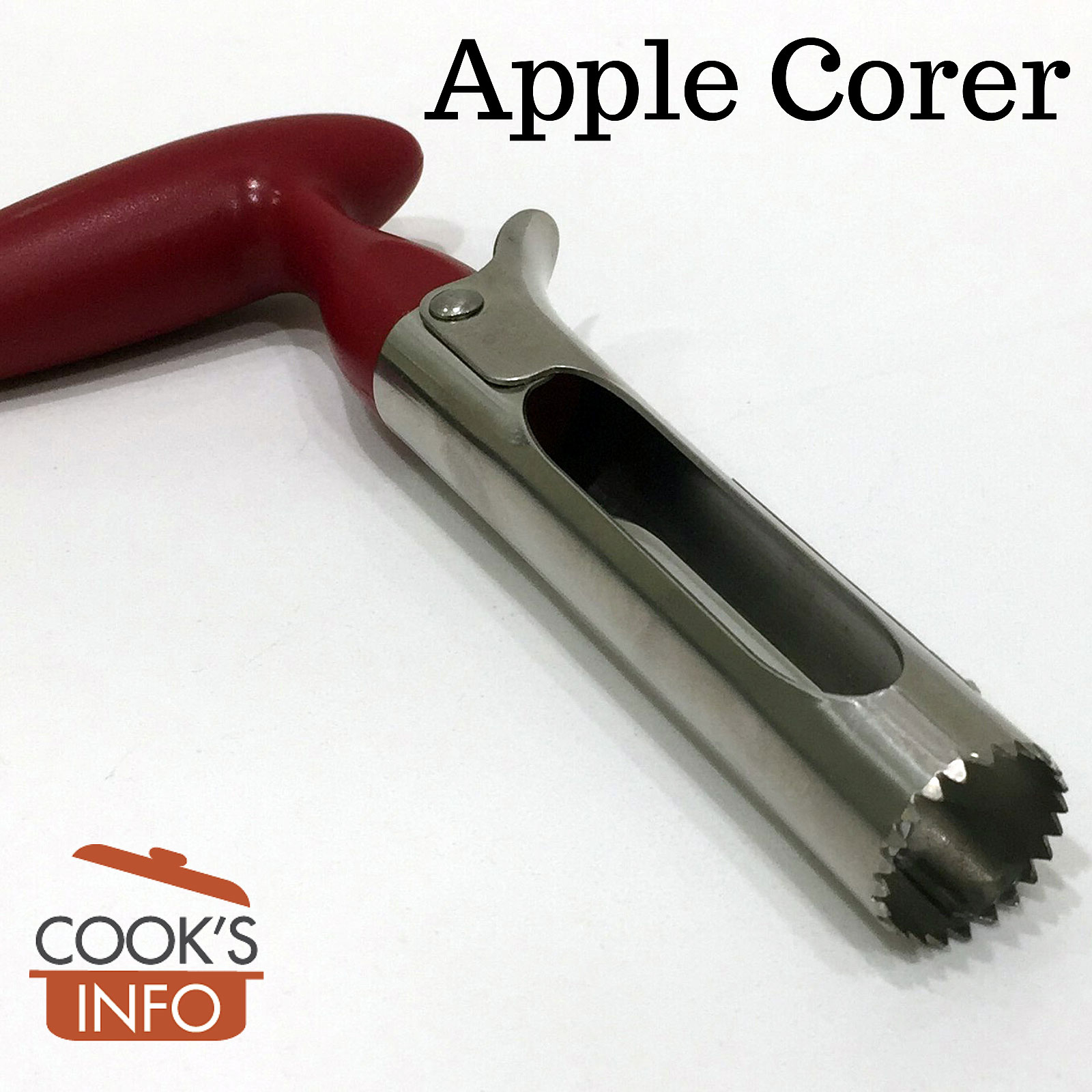 An apple corer is a hand-operated tool designed to facilitate removing the cores from apples.

It gives you apples ready to bake as they are, or, ready to slice into perfect rings.

It has a handle at one end, and at the other, a sharp round ring of metal that you press down through the centre of the apple.

You press the metal ring through an apple, starting at the top, until the ring comes out through the bottom, then pull and twist it back through. The core gets caught in the corer and pulled out with it. 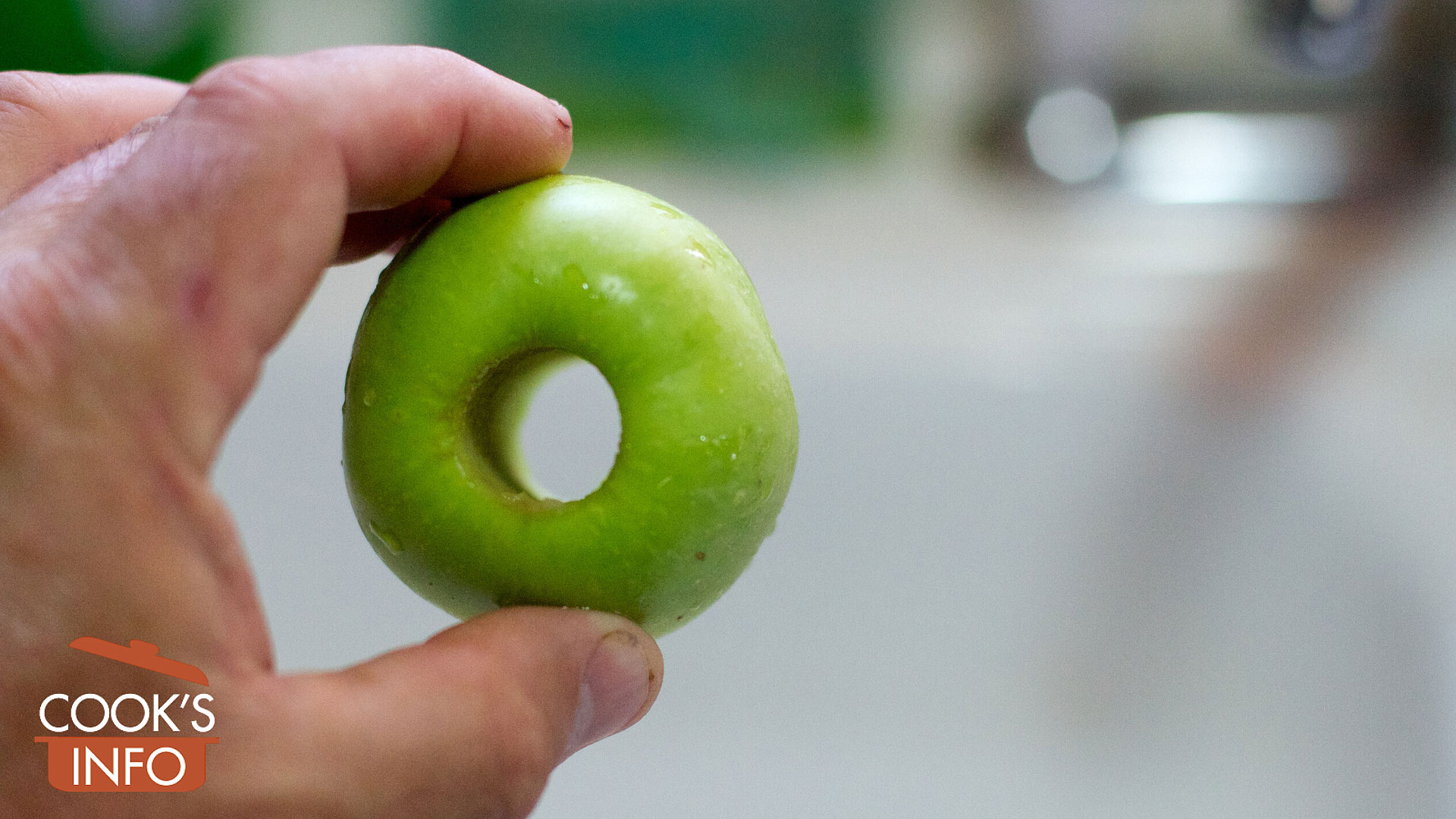 Some corers won’t have gougers wide enough to take out the whole core in one go, depending on the size of your apple. You may have to take a second pass at the apple.

This operation can of course be done with a knife for one or two apples. The utility of a corer becomes evident when you are processing large quantities of apples for canning, drying, etc.

Some but not all are dishwasher safe.

You can also use an apple corer for pears.

This is not the same as an apple slicer, which both cores and slices an apple at the same time. 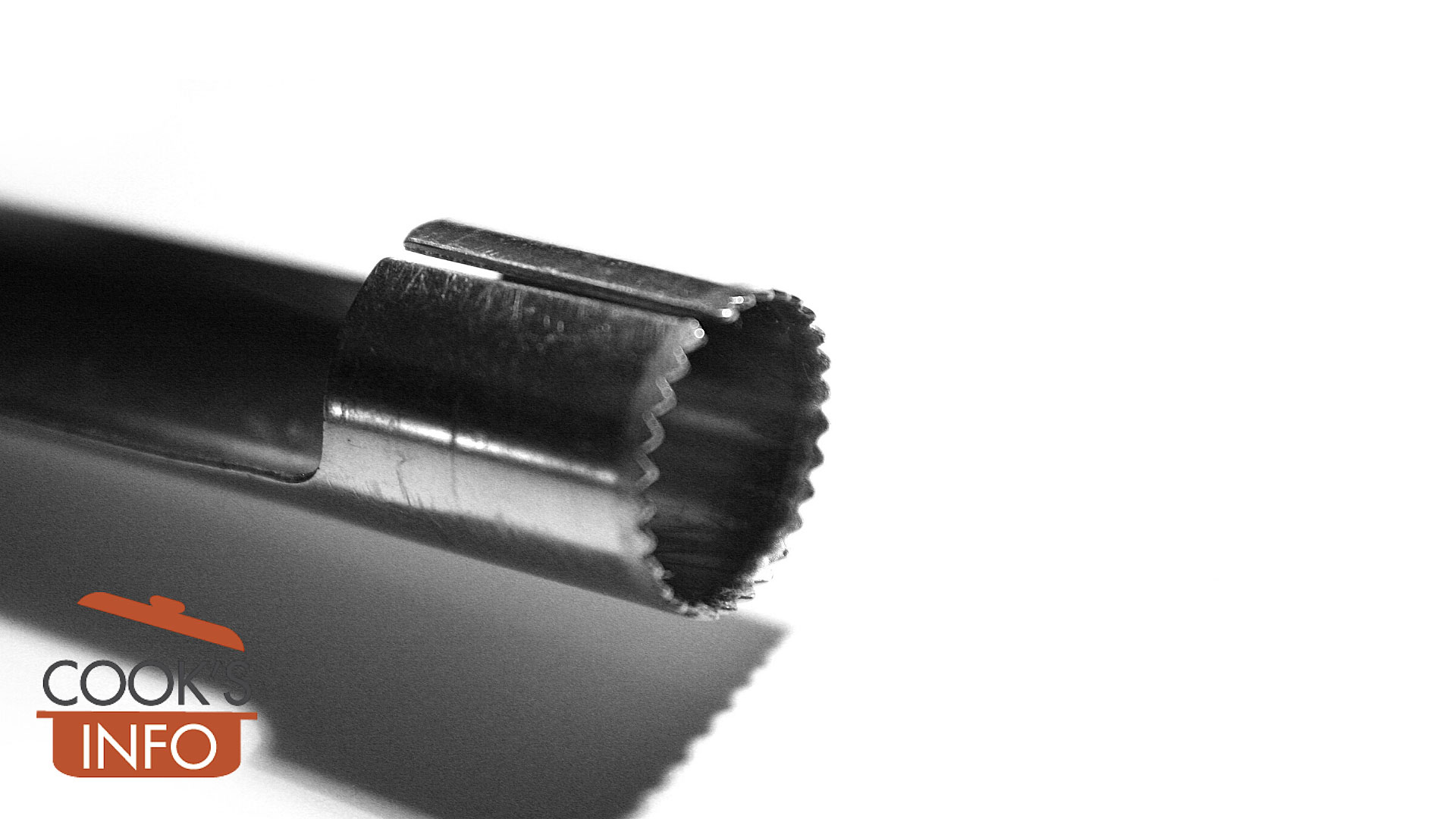 You don’t have to peel or cut the apple first: you can start with a whole, unpeeled apple if you wish.

Wash the apple first, though, whether you are leaving the peel on or not: whatever might be on the outside, you are about to press down into your apple.

This web site generates income from affiliated links and ads at no cost to you to fund continued research · Information on this site is Copyright © 2022· Feel free to cite correctly, but copying whole pages for your website is content theft and will be DCMA'd.
Tagged With: Apples, Slicers