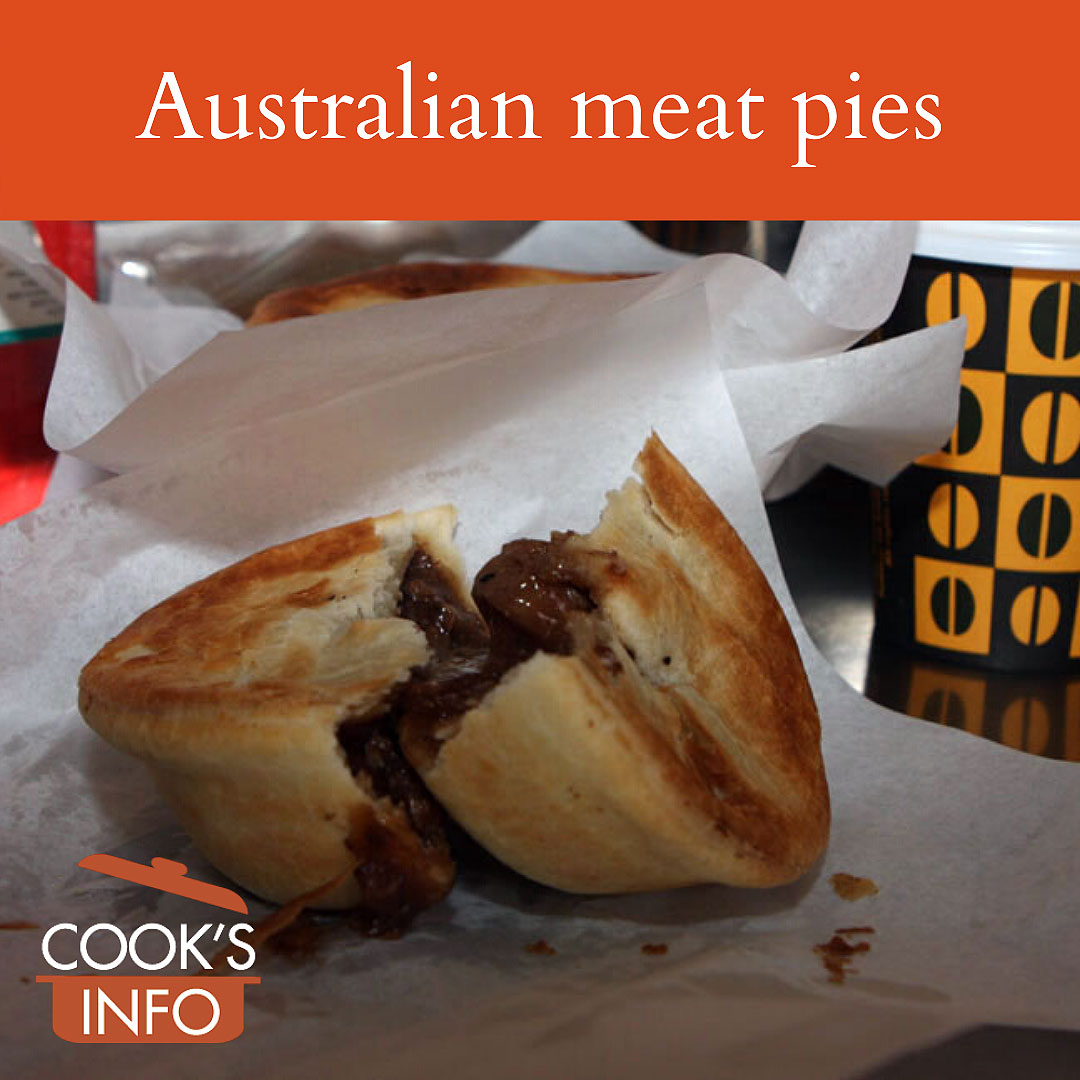 Aussie Meat Pies (or Australian Meat Pies) are a style of meat pie typically made in Australia.

They are usually individual-portion size, with not a lot of runny sauce inside them, so that they can be eaten out of hand as a take-away fast food. Along with Chiko Rolls, they are a staple food at football games and other sporting matches in Australia.

Aussie meat pies are usually purchased commercially, rather than made at home. They will be about the size of a hand, and usually round in shape, though the National Pies Company in Tasmania makes some which are rectangular.

Most commercially-made Aussie meat pies will have minced meat in them, though there has been some debate over the fat content in them, and how much of the filling really is meat.

In reaction, there is a slowly emerging gourmet range of Aussie meat pies, in which the meat is in clear, identifiable chunks. Gourmet ranges offer everything from goulash-flavoured to seafood to vegetarian. 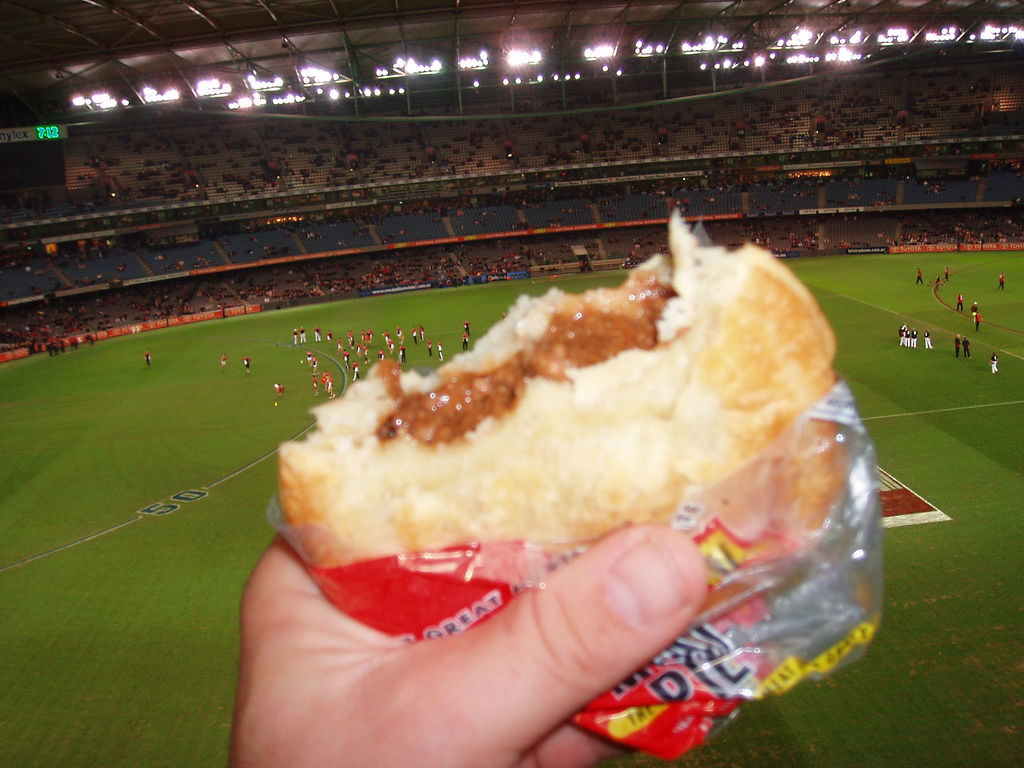 In North America, Aussie meat pies can occsionally be bought here and there, frozen.

The Australian dish called “floaters” consists of an Aussie meat pie in a bowl of pea soup.

By law, meat pies in Australia are only required to have a minimum of 25% meat in them. [1]’The government standard for meat pies is 25 per cent ”fat-free flesh”. Fat-free flesh is described by Food Standards Australia New Zealand guidelines as being the skeletal muscle of a slaughtered animal, and can include animal rind, fat and connective nerves, blood, blood vessels and, in the case of poultry, skin. University of Sydney dietitian Alice Gibson said meat pies had little nutritional value when compared with lean meat. “The product contains about 25 per cent meat and all the rest is water, refined carbohydrates, fat and salt,” she said. ”The most common ingredient in meat pies is water. The rest of the ingredients will be pastry, gravy and vegetable protein.” ‘ Whyte, Sarah. Tests reveal supermarket pies not even one-third meat. Sydney, Australia: Good Food. 13 January 2014. Retrieved January 2014 from http://www.goodfood.com.au/good-food/food-news/tests-reveal-supermarket-pies-not-even-onethird-meat-20140113-30p8j.html 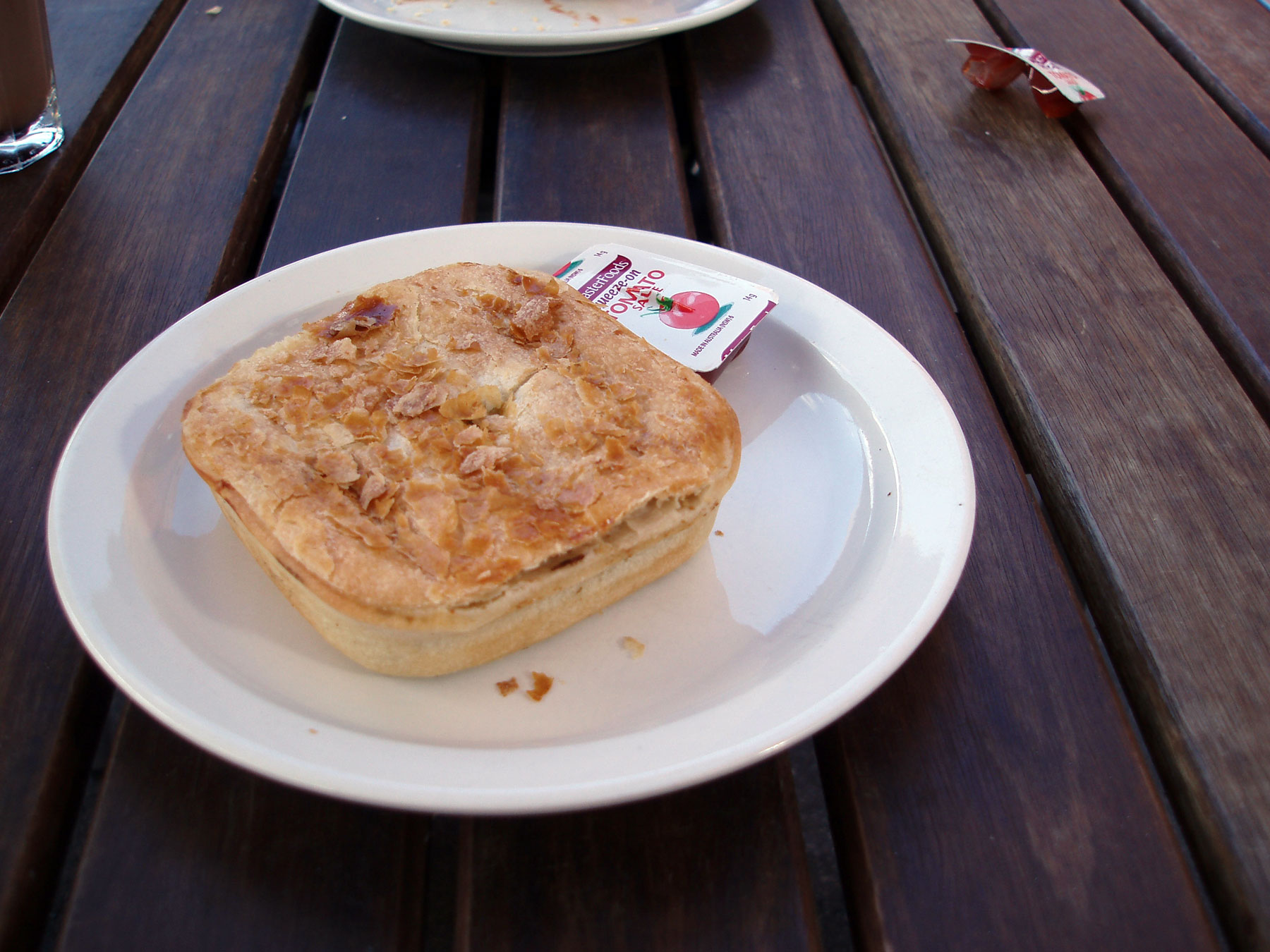 The Great Aussie Meat Pie Contest started in 1990 in Sydney. The goal of the contest is to improve the quality of the commercially-made pies. Some Australians had taken to calling meat pies “rat coffins”, alluding to uncertainty about the meat inside. 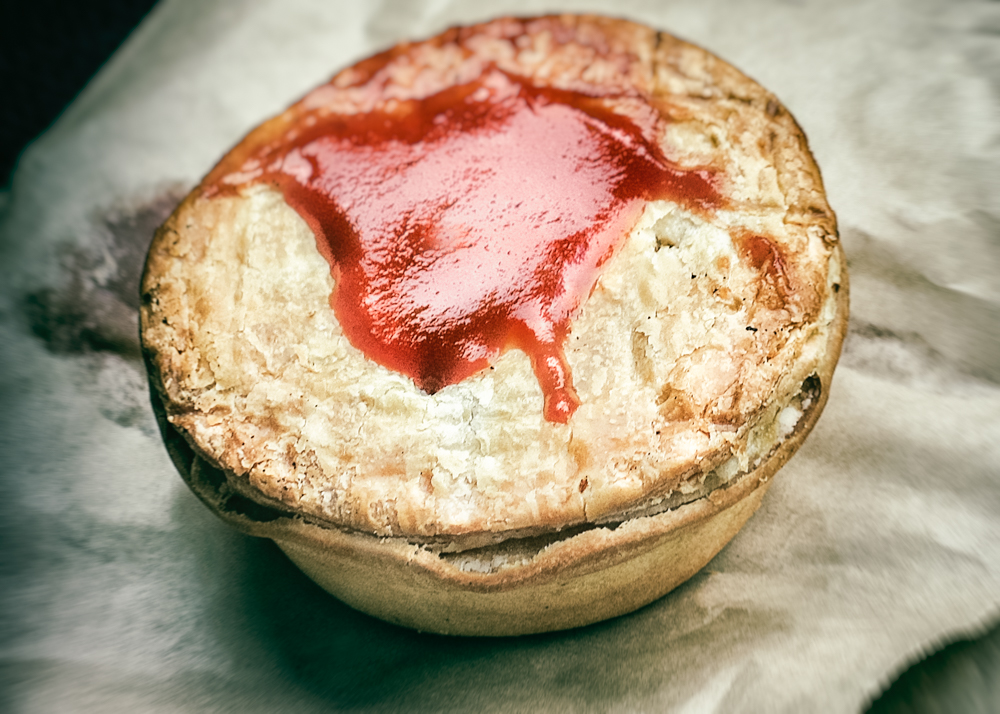