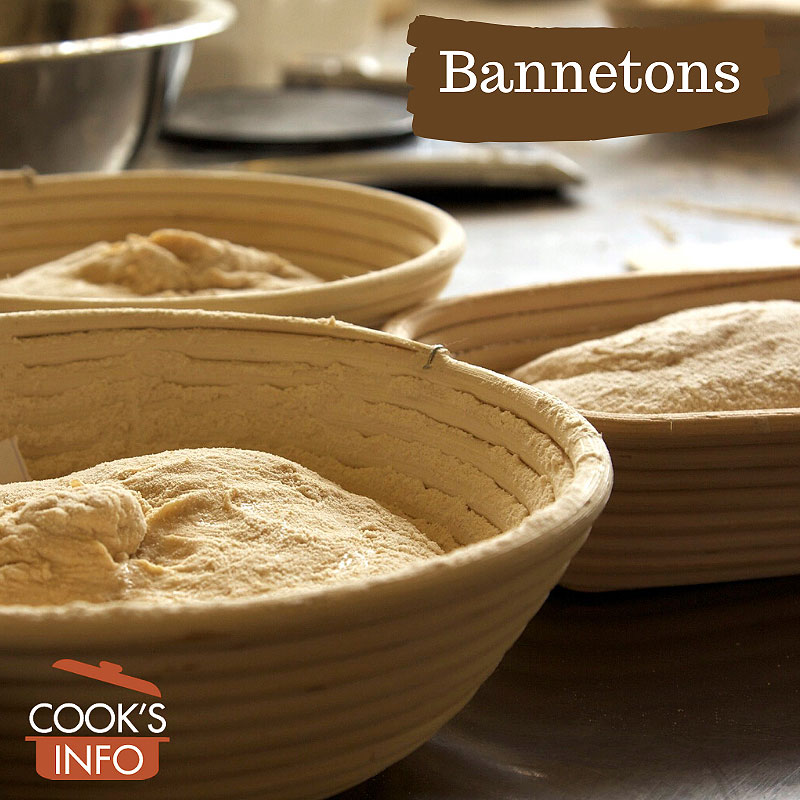 A banneton is a basket in which free-formed bread that is not baked in bread pans (such as a French country loaf or a “boule”) is set to rise. The purpose is to shape the dough, and to let some moisture leave the surface of the dough.

The basket can be made of wicker, rush, cane, or even plastic. It does need, though, to be something “woven” as opposed to something solid, to allow the dough to breath. Otherwise, the dough will get moist and stick and collapse.

The shape of the basket can be round, or long, depending on the loaf being made.

Some people just use a well-floured basket, and clean it afterwards with a stiff brush. Others like to first spray the basket with a light spray oil, and then flour it.

Many people, instead, line the basket with a porous, floured cloth (such as linen or canvas), both to absorb more moisture, and to guard against possible small splinters or basket staples getting into the dough.

“Flouring the linen serves several purposes: First, the dough is less likely to stick when you are ready to unmold it for baking. Second, the cloth absorbs excess moisture, leaving (once you’ve inverted the dough for baking) a clean top that makes the loaf easier to score, and the flour left on the dough makes the scored design pop more. At Poilâne, we don’t wash our cloths between batches of bread because the flour actually fosters fermentation… After making your first batch of dough, don’t wash your cloth—simply give it a shake before storing it in a plastic bag.” [1]Poilane, Apollonia. The Secrets of the World-Famous Bread Bakery. New York: Houghton Mifflin. 2019. Page 48.

Using a banneton without a cloth can allow more of the basket’s woven pattern to imprint itself on the dough. However, much of the pattern in the dough may be lost anyway when the dough is put in the oven and oven-spring occurs.

Lined or unlined, when the dough is risen, the basket is tipped upside down either onto a baker’s peel then slid into the oven onto a baking stone, or directly onto a baking sheet.

The baskets are never put in the oven. 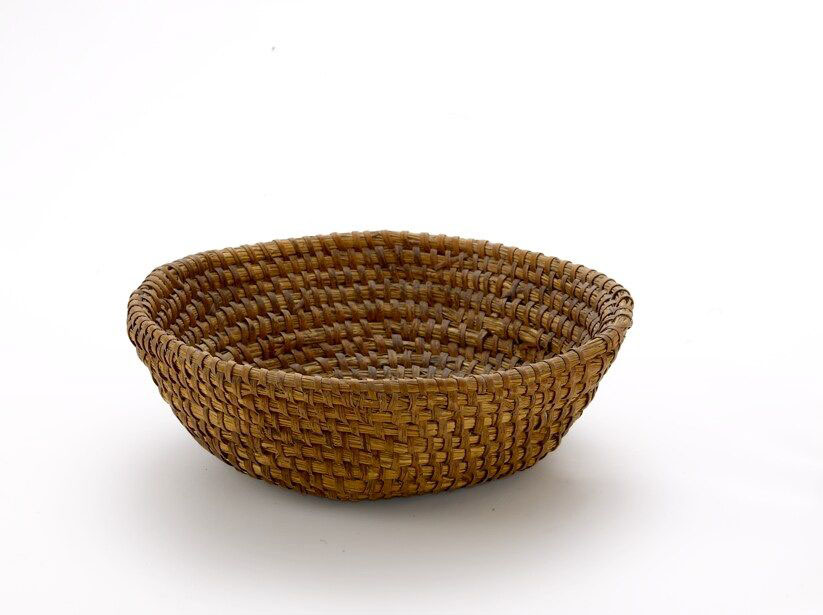 Plastic bannetons can be put through the dishwasher periodically to sanitize them.

“If you don’t have a proofing basket, you can line a large colander with a linen cloth and generously flour it; the colander’s holes mimic the basket’s weave.” [2]Ibid. 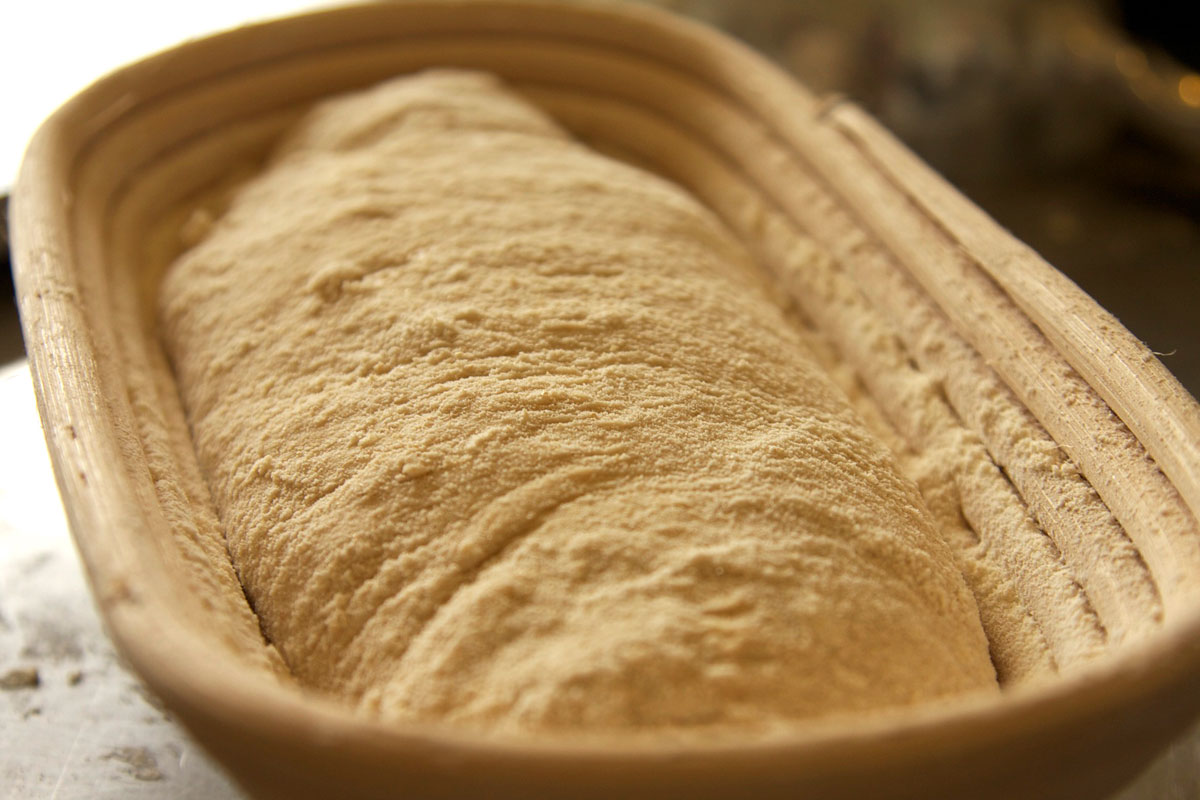 This web site generates income from affiliated links and ads at no cost to you to fund continued research · Information on this site is Copyright © 2023· Feel free to cite correctly, but copying whole pages for your website is content theft and will be DCMA'd.
Tagged With: Baskets, French Bread Pans, French Breads, French Food