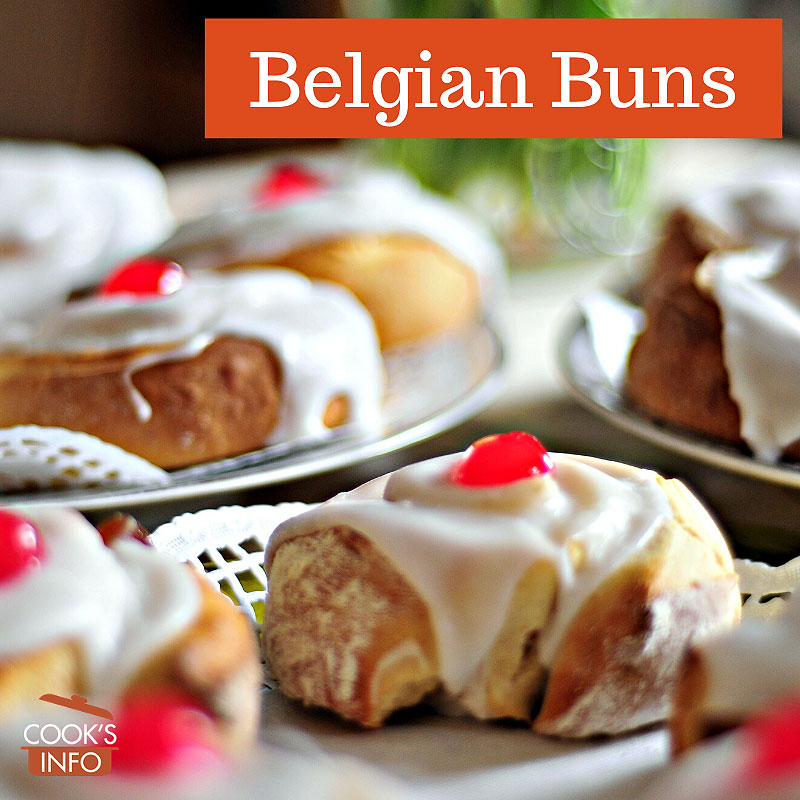 Belgian buns are large, soft, round buns formed from a swirled strip of bread-like dough with raisins and a taste of cinnamon in it, rising up to a low peak in the centre. After baking, they are drizzled with white icing on top, and garnished with a red candied cherry.

A few modern versions have started including lemon curd inside instead of raisins, though some people say that is no longer a Belgian bun.

A few say the red cherry on top is optional, but most would appear to disagree.

Belgian buns are popular for breakfast.

The name has nothing to do with Belgium. In fact, Belgians are baffled when they hear about them.