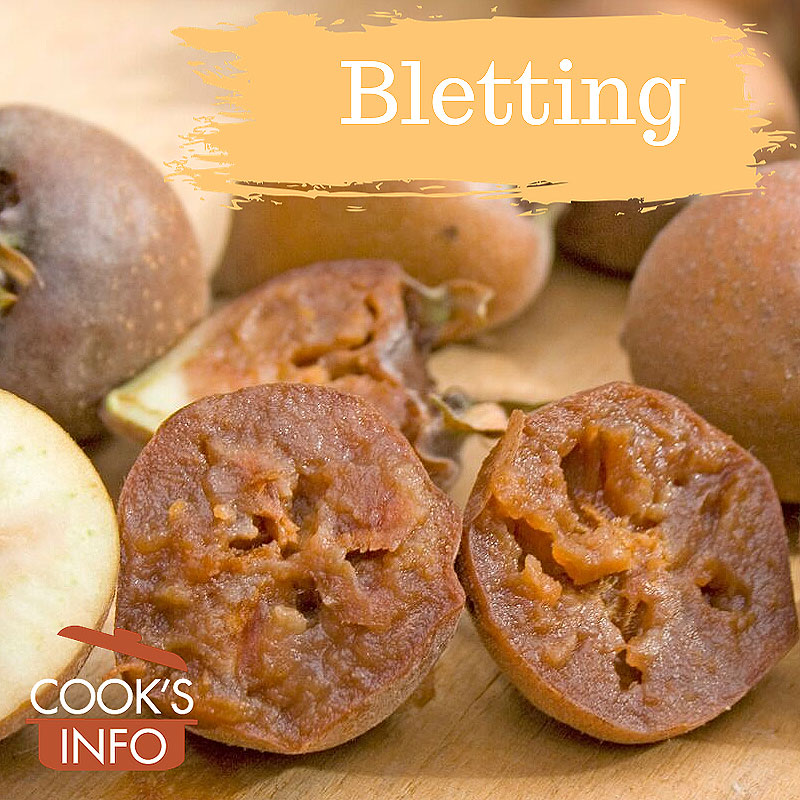 It’s surprising how much of the most prized food we eat is food that has started to decay.

We don’t use the word decay–  we call it “aging” or “maturing” — but decay it is. Wine, cheese, beef, game — these are all foods that are never as good fresh as they are old.

Bletting is a term that is used to refer to fruit when it has gone past ripe, and has started to decay. There are some fruits which are either considered at their best after some bletting, such as Twentieth Century Asian Pears, or which can only be eaten after bletting, such as Medlars, Persimmons and True Service Fruit.

You can use it as a verb, as in “you have to let the fruit blet before eating”, and you can use it as a noun, as in “the fruit can only be eaten only after bletting” (okay fine, that’s actually a gerund in that sentence), or in phrases such as “The fruit will often begin its bletting process while still on the tree”.

The word appears to be used only in reference to fruit.

This web site generates income from affiliated links and ads at no cost to you to fund continued research · Information on this site is Copyright © 2022· Feel free to cite correctly, but copying whole pages for your website is content theft and will be DCMA'd.
Tagged With: Technical Terms