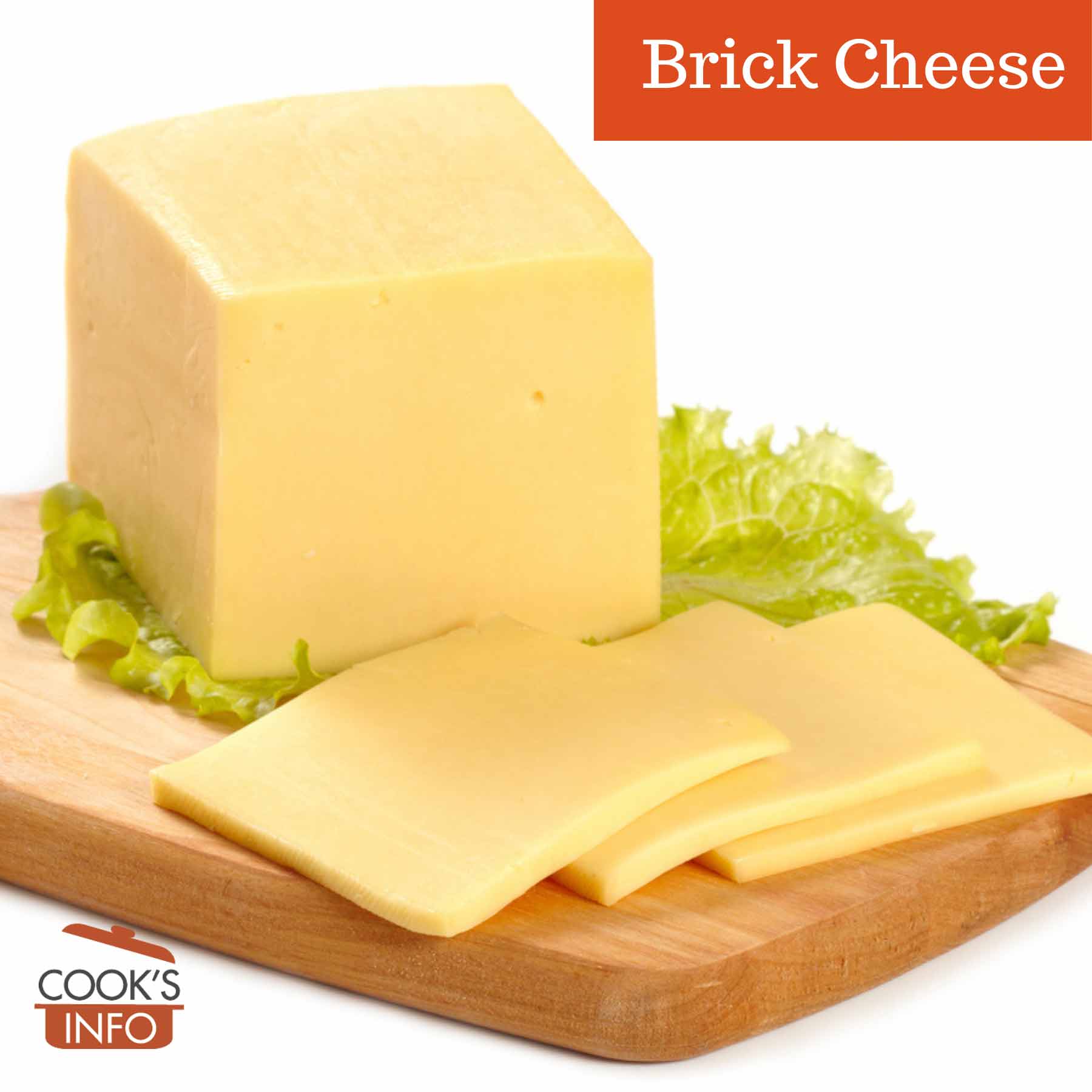 Brick is a sweet, nutty-tasting American cheese with a soft, semi-firm texture.  The colour will range from white to pale-yellow.

The brick typically made on an industrial scale by large commercial concerns has a mild taste. More aged artisanal varieties can have a more complex, pronounced taste.

Milk is first pasteurized, then mixed with lactic bacteria and rennet to make it curdle. When curd has formed, the curd is removed and drained, then salted and pressed into shape. It is let stand for a few days until a surface bacteria forms.

The cheese is then allowed to ripen for two weeks, then washed. Artisanal varieties will typically be aged longer.

Brick is typically used as an all-purpose cheese, particularly for sandwiches and cheese trays. It melts well, and so is also good in grilled sandwiches and baked pasta dishes.

Brick cheese was developed in Wisconsin at the end of the 1800’s. Early moulding techniques used actual bricks to press the cheese.

This web site generates income from affiliated links and ads at no cost to you to fund continued research · Information on this site is Copyright © 2022· Feel free to cite correctly, but copying whole pages for your website is content theft and will be DCMA'd.
Tagged With: American Cheeses, American Food, Sweet Curd Cheeses