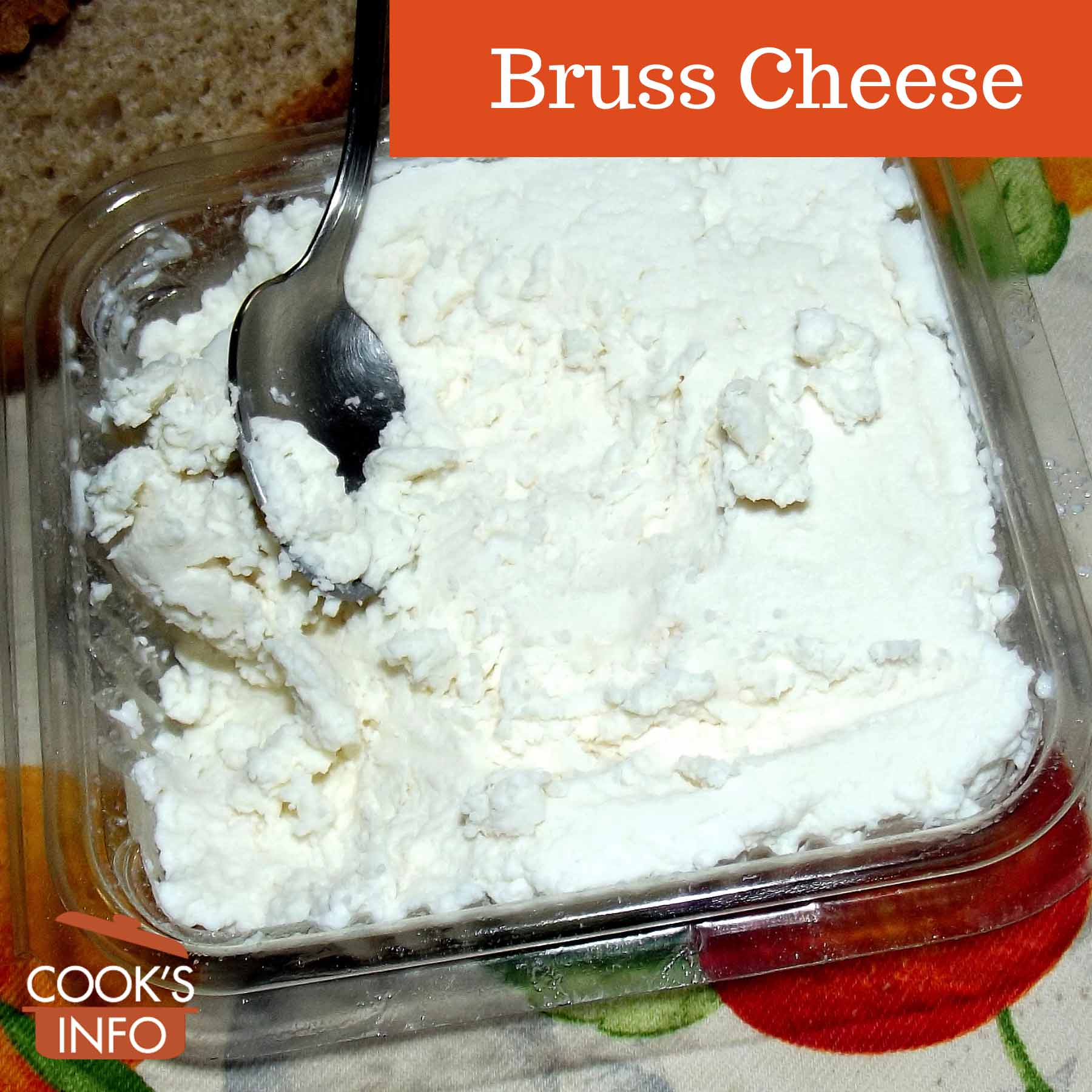 Bruss cheese is a fermented cheese spread made in Piedmont, Italy.

Many people dislike it because it has a strong, putrid smell — and its sharp taste tastes just like it smells. Some people call it just plain nasty, and wives will berate husbands who offer it to unwitting foreign visitors.

To make bruss cheese spread, you start with sheep’s cheese. You cut or crumble the cheese up, put it in a jar, cover the cheese with olive oil, then seal the jar. Some people make it in terracotta jars, others just use washed out glass jars. Every day for the next two weeks, invert the jar. Then every week after that, invert it just once a week. It can be eaten after 7 weeks, but many age it for up to 4 years. The mixture inside typically turns into a tan-coloured thick paste.

Instead of olive oil, some use milk and some use an alcohol, such as cognac, grappa or white wine. Some use olive oil, but also add alcohol at a certain point to stop the fermentation.

Bruss can be spread on bruschetta, or used to make a creamy dressing for vegetables or salads.

Bruss may have initially been a way to use up leftover bits of cheese.

A saying in Piedmont is “only love is stronger than Bruss.”

This web site generates income from affiliated links and ads at no cost to you to fund continued research · Information on this site is Copyright © 2022· Feel free to cite correctly, but copying whole pages for your website is content theft and will be DCMA'd.
Tagged With: Italian Food, Piedmont Food