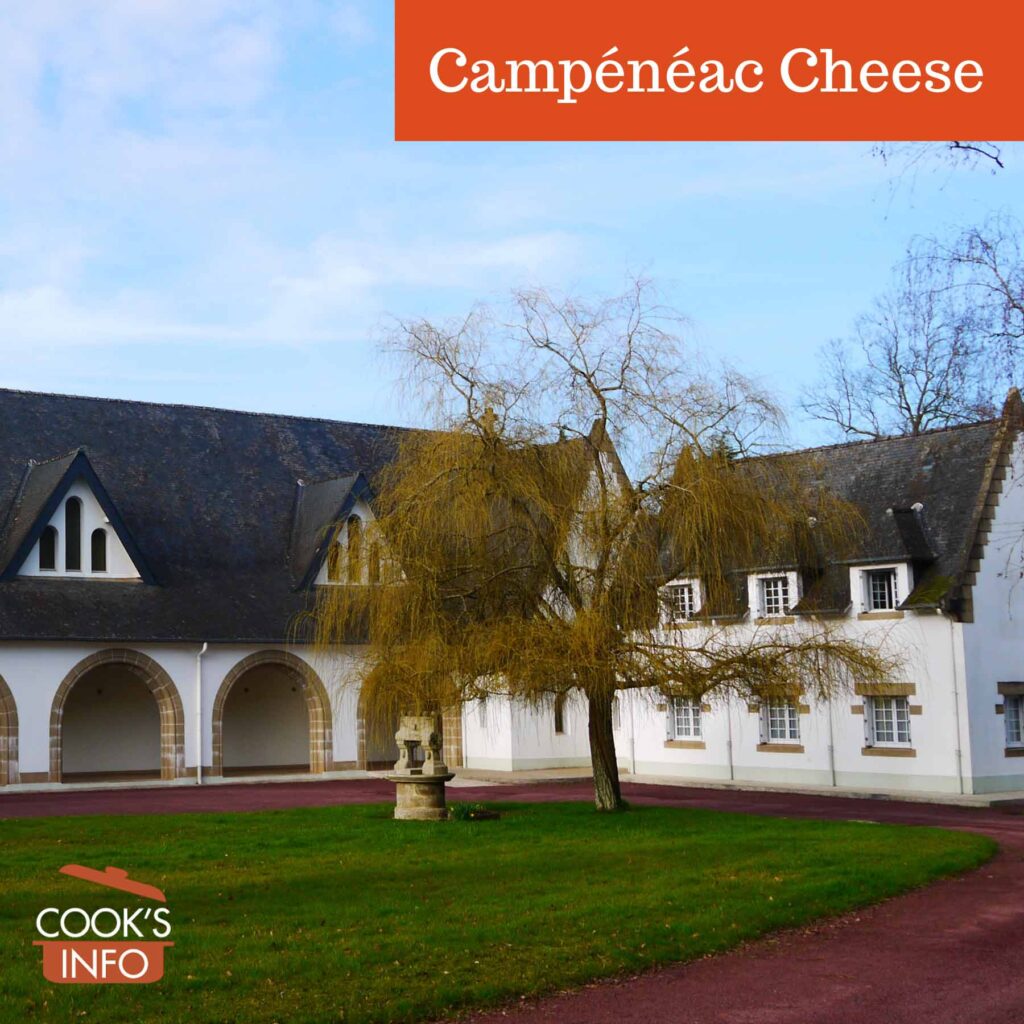 It was a very pliable cheese with tiny holes. It had a very strong smell that belied its very mild taste.

Campénéac Cheese was a “sister” cheese to Timadeuc Cheese, in that both were Port du Salut style cheeses, and the Abbey where it was made by nuns, l’Abbaye de la Joie Notre Dame in Brittany, is sister abbey to the monastery, l’Abbaye Notre-Dame de Timadeuc, where Timadeuc is made.

The Abbey was founded in 1920 under the name Notre-Dame-de-Bonne-Garde at Sainte-Anne d’Auray. The nuns didn’t own the building they were in, and the surrounding land was not well-suited for farming. In 1948, the monastery at Timadeuc bought for the sisters a new home, le château de la Villa Aubert, in Campénéac. The chateau was adapted for the nuns, with a new wing being built, and was ready for the nuns to move there at the very end of September 1953. At the same time, the nuns changed the name of their community to La Joie Notre Dame, “Gaudium Dominae Nostrae”. Since 1997, the Mother Superior, or the Abbesse, has been Mère Michaël Le Tendre. The community had 43 nuns (as of 2004) and 23 as of 2021. [1]Notre communauté. Accessed December 2021 at https://www.abbaye-lajoie-nd.com/communaut%C3%A9

Campénéac Cheese was made from 1953 to 1994. It was reputedly discontinued in part owing to complications that would have been involved in bringing it up to standards of the time. [2]Abbaye de la Joie Notre-Dame. Accessed December 2021 at https://www.leguidedufromage.com/abbaye-de-la-joie-notre-dame-io108.html . The nuns now focus on baked goods instead (as of 2022.)