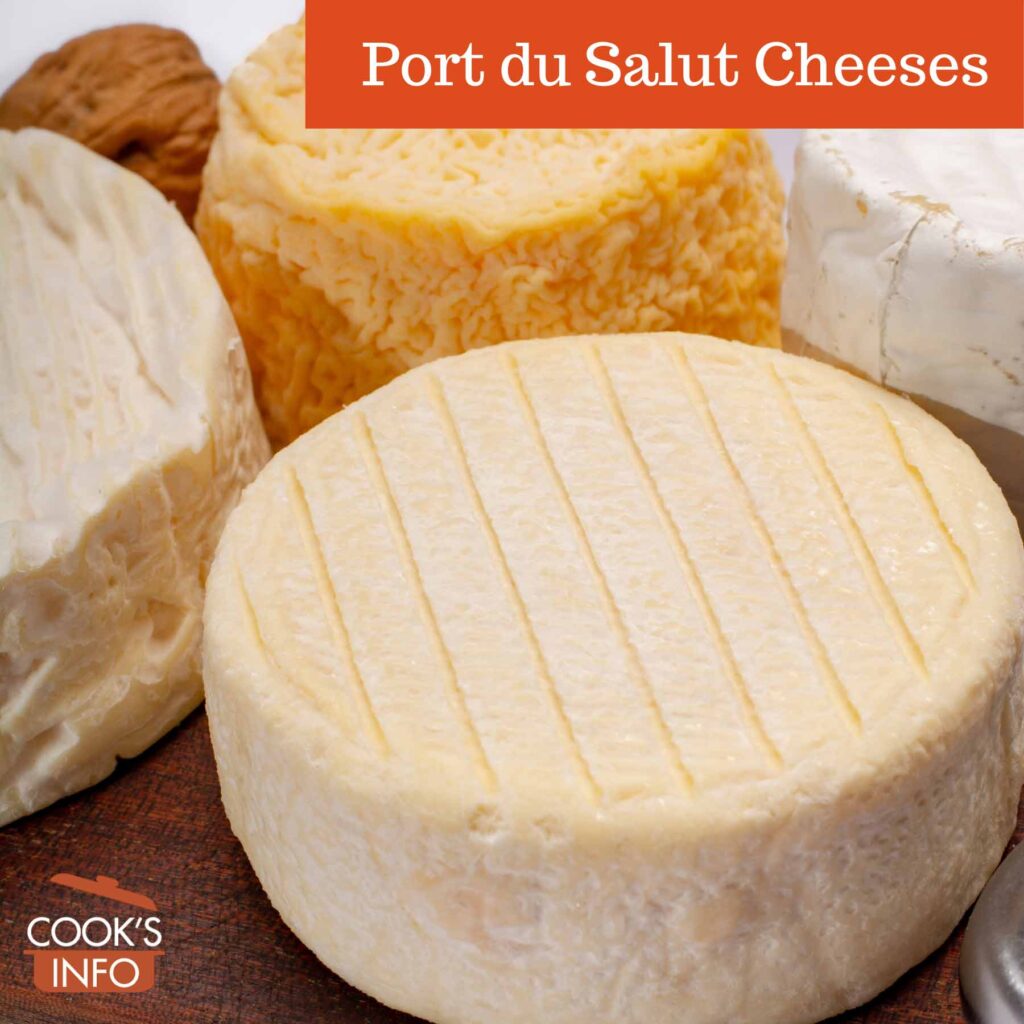 The rind on these cheeses is typically whiffy, and is not edible on many of them. All are semi-firm, so they can be sliced.

They can also be classed as Surface-ripened cheeses and Washed-rind cheeses. These are also referred to as “Trappist cheeses.”

Some cheese professionals prefer to reserve the term for artisanal ones produced by monasteries or small creameries, and to class more mass-produced ones as Saint Paulin style. But among amateurs, the two terms are used interchangeably now.

The artisanal creameries will still generally actually wash and cure the rind, giving the cheese a more developed taste.

The Port du Salut style cheeses (or “Trappist cheeses”) originated with Trappist Cistercian monks at Notre Dame du Port-du-Salut Abbey at Port-Ringeard, Entrammes (between Laval and Angers), on the Mayenne river in the département of Mayenne in Pays de la Loire, France. See Port Salut cheese for more details on the origin.

There is one point of irony about these monks and their cheese. There are two types of Cistercian monks, Common and Strict. Trappist monks are Strict.

Earlier Cistercians did not eat things such as fish, eggs, milk or cheese. By 1664, though, most Cistercians had abandoned the earlier strictness in diet, as well as in other things. An abbot called Armand Jean de Rancé, at his Abbey of Notre Dame de la Grande Trappe, started a movement to return to all the earlier practices, such as restricted diet and strict silence. Monks who follow this stricter regime are called Trappists, after the name of that Abbey.

The monks at Notre Dame du Port-du-Salut were Trappists: they would have been forbidden from eating the very cheese they made.

Cistercian monks are also called the “white monks”, from the colour of the habit they wear.

Our Lady of Gethsemani

Trappist monks at Our Lady of Gethsemani in Trappist, Kentucky made a Port du Salut style cheese from approximately the start of the 1900s until they discontinued production in 2015.

Reasons for the discontinuation included the prohibitive cost of bringing equipment up to modern standards, and, a change in the work force:

“At present, the refrigeration machinery at Gethsemani Farms is quite ancient in some areas. Some expensive investments would have been needed to continue making the cheese. That was a part of the decision to stop making cheese. [Also], new members of the monastery tend to be older than in the past so the proportion of younger able-bodied men has declined and the cheesemaking was quite physically strenuous.” [1]Gethsemani Farms To Stop Making Its Trappist Semi-Soft Cheese. Cheese Reporter. 24 July 2015. Page 18, col. 4. Accessed April 2022 at https://npaper-wehaa.com/cheese-reporter/2015/07/s3/#?article=2565999 The monks now focus on fruit cakes and fudge (as of 2016 onwards.)

Campénéac Cheese was made from 1953 to 1994.  It was reputedly discontinued in part owing to complications that would have been involved in bringing it up to standards of the time. [2]Abbaye de la Joie Notre-Dame. Accessed December 2021 at https://www.leguidedufromage.com/abbaye-de-la-joie-notre-dame-io108.html . The nuns now focus on baked goods instead (as of 2022.) 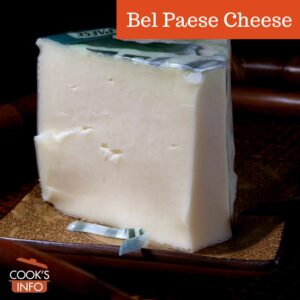 Bel Paese is a mild, creamy Italian semi-soft cheese with a bit of a tang to it. Varieties flavoured with herbs are available for use on cheese boards. 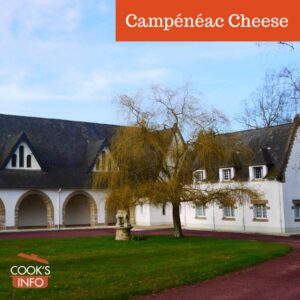 Campénéac Cheese was a Port du Salut style cheese. It was very pliable with tiny holes. It had a very strong smell that belied its very mild taste. The nuns stopped making it in 1994. 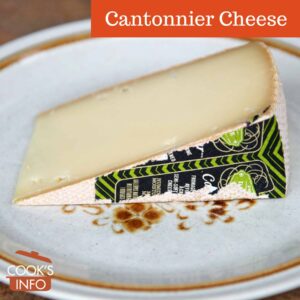 Cantonnier Cheese is a semi-firm, Port du Salut style cheese made in Quebec. It is a farmhouse cheese, made on one farm, and with milk from a single herd of cows. 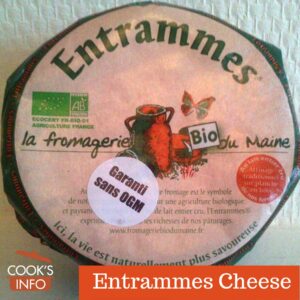 Entrammes Cheese has come to be a term for a cheese made in the Port du Salut style. 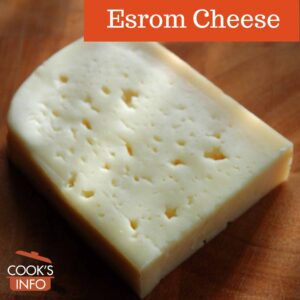 Esrom is a semi-firm Danish Port-Salut style cheese. The rind is thin, hard and orange, feeling almost greasy. The cheese is light-yellow, and pliable, making it easy to slice. The cheese has a strong odour but mild taste. 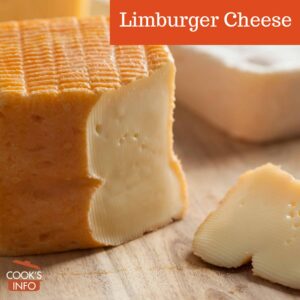 Limburger cheese has a brown rind and a strong smell, both of which come from the bacteria that grows on the cheese. Inside, the cheese is cream-coloured and mild tasting. 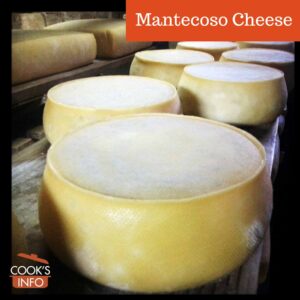 Mantecoso Cheese is a Port du Salut style cheese made in Spain, Mexico and throughout Latin America. The rind is oily; the cheese inside is semi-firm with a rich butter-like taste. 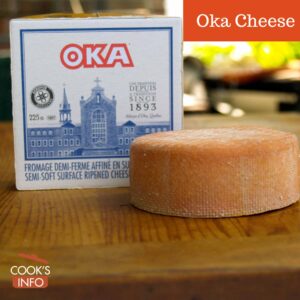 Oka is a Port-du-Salut style cheese from Québec. It is a semi-firm cheese with a rind and a strong aroma. The rind can be anywhere from straw yellow to orangey-red. Inside, the cheese is a pale yellow. 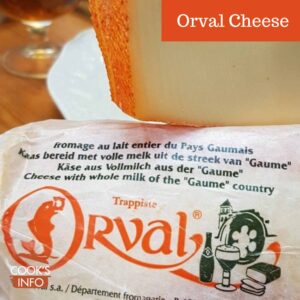 Orval is a semi-firm cheese with an orange rind. It is a pale yellowish-white colour on the inside. It is slightly salty, but otherwise tastes somewhat like a mild Gouda. 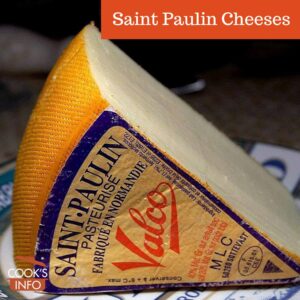 Saint Paulin cheeses are made from cow's milk. The cheeses are pressed into shape, washed in brine, then matured for about two weeks, being turned every day. The rinds are painted with an orange food colouring. 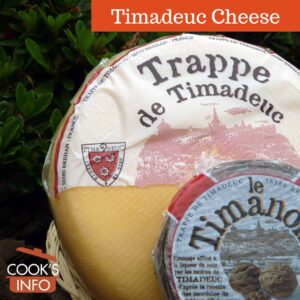 Timadeuc Cheese is a "Port du Salut" style cheese with a slightly-salty taste and a soft texture.

This web site generates income from affiliated links and ads at no cost to you to fund continued research · Information on this site is Copyright © 2023· Feel free to cite correctly, but copying whole pages for your website is content theft and will be DCMA'd.
Tagged With: French Cheeses, Smear-Ripened Cheeses, Surface-Ripened Cheeses