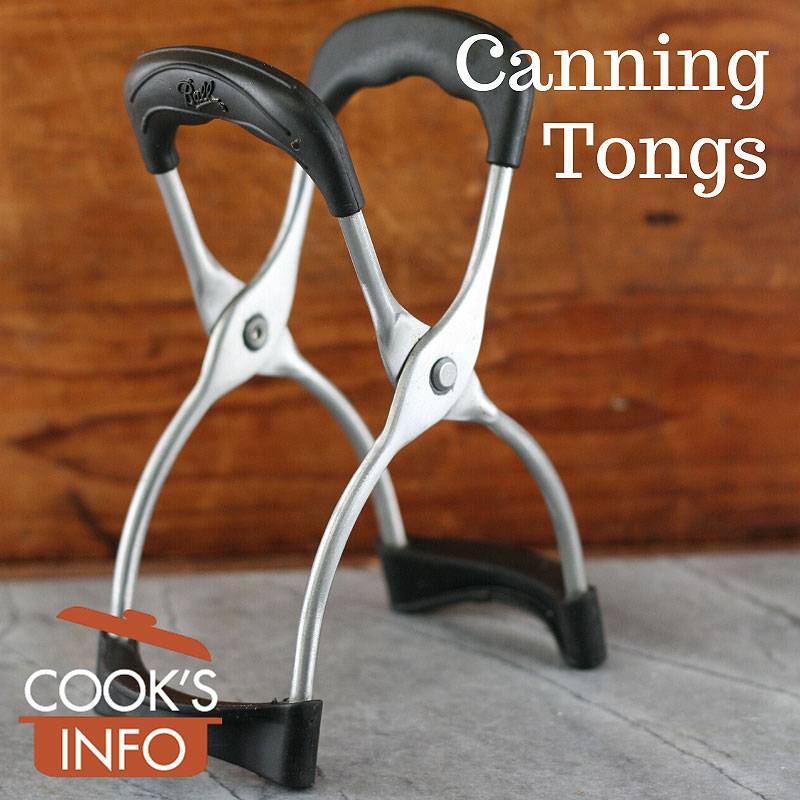 Canning tongs are devices used for lifting preserving jars into and out of boiling water or hot canners filled with steam.

They are made to fit around the neck of jars, and grasp the jar under the lowest ridge on the neck. That way, lifting the jar with the tongs doesn’t disturb the lid seals that may already be developing at the end of heat processing the jars.

Some have their gripping ends rubber-tipped for increased grip.

They have long handles to protect your hand and forearm from being scalded by steam. Some models require both hands to operate them. Better models allow operation with a single hand. 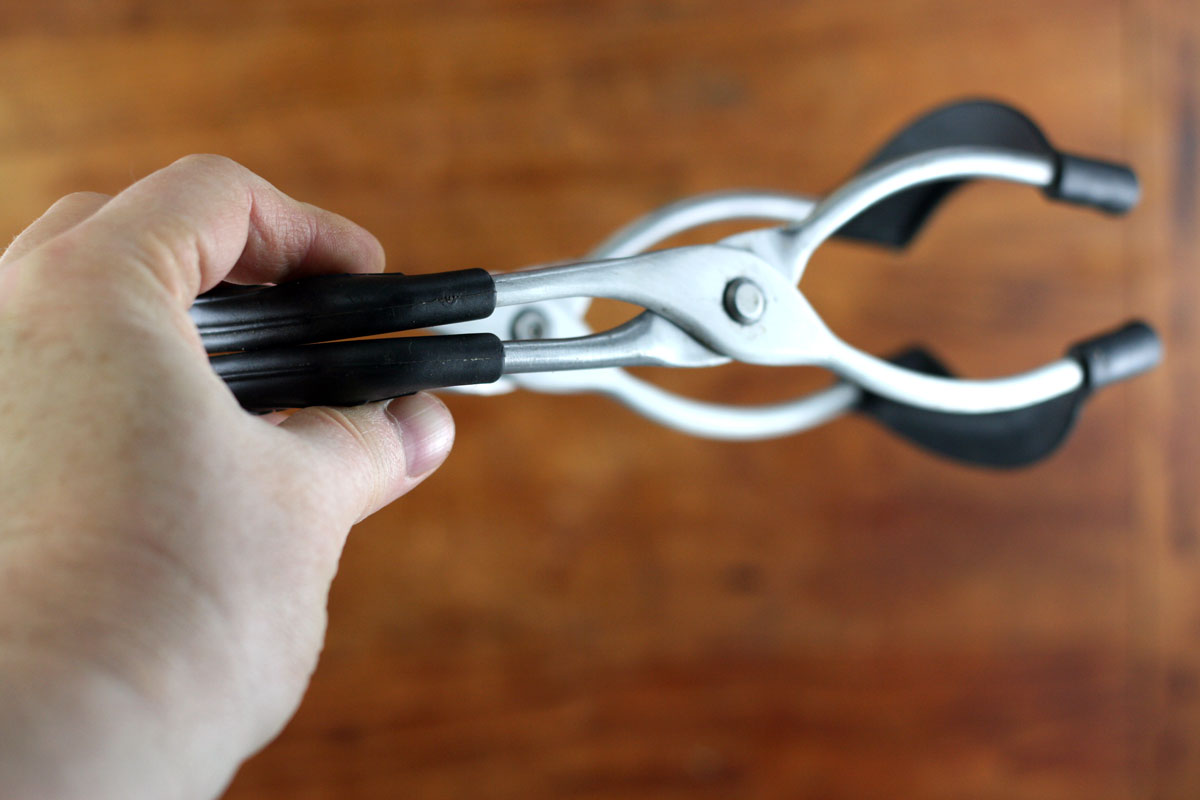 Better model canning tongs can be operated with one hand. © CooksInfo / 2019

In North America, most canning tongs are designed to work with regular and wide-mouth Mason jars. They may not always work with some designs of other preserving jars such as Le Parfait, Weck, etc.

They can also be used for large items like lobsters.

They are not of any use for small items.

Regular tongs can also be useful during canning to get lids out of the boiling water they were washed or sterilized in. These regular tongs will have a finer grip and allow you to pick up these smaller items.

You position the arms of the canning tongs around the neck of the jar, close the tongs, and lift.

It can be a wise precaution to have an oven mitt on the other hand just in case any slippage occurs, because your instinct may be to try to catch the boiling hot jar. 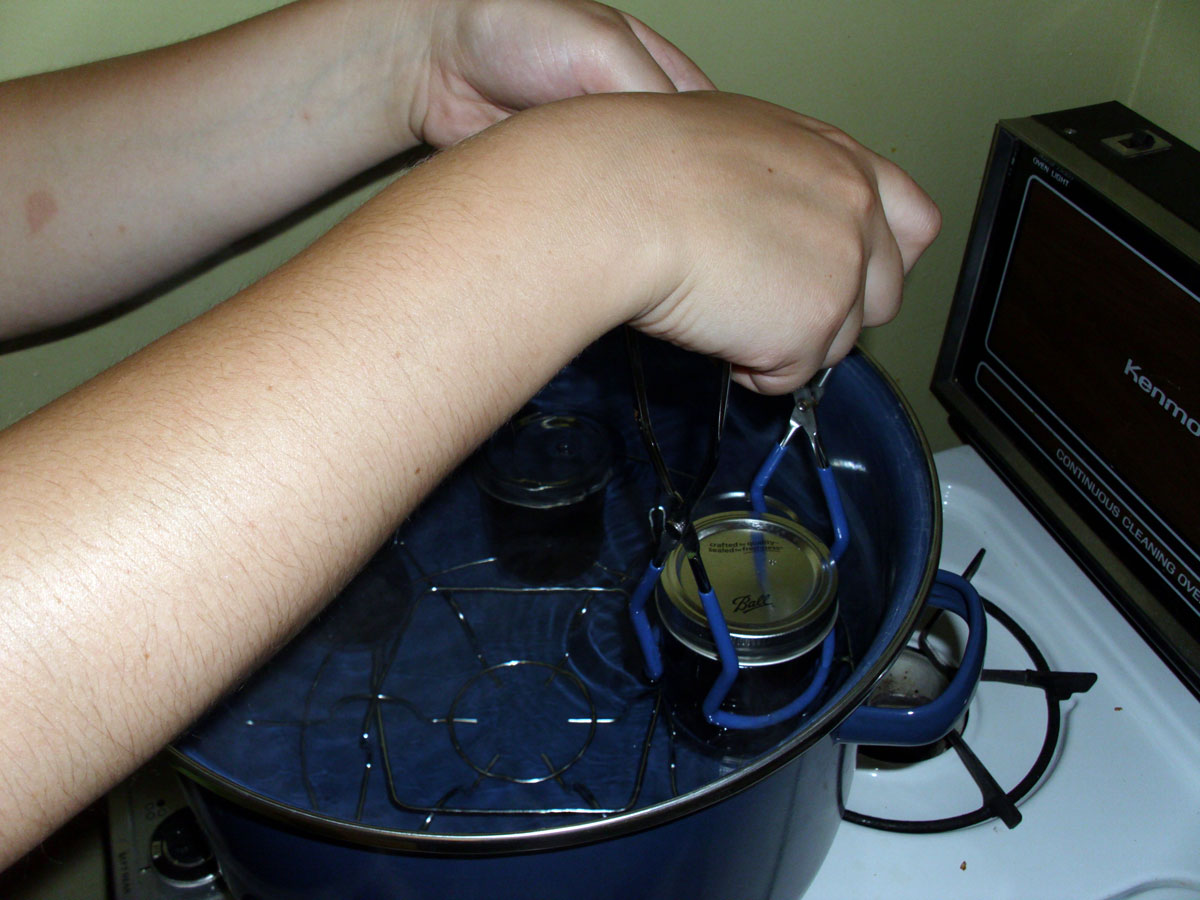 This web site generates income from affiliated links and ads at no cost to you to fund continued research · Information on this site is Copyright © 2022· Feel free to cite correctly, but copying whole pages for your website is content theft and will be DCMA'd.
Tagged With: Home canning, Kitchen Tongs, Pickling, Preserves