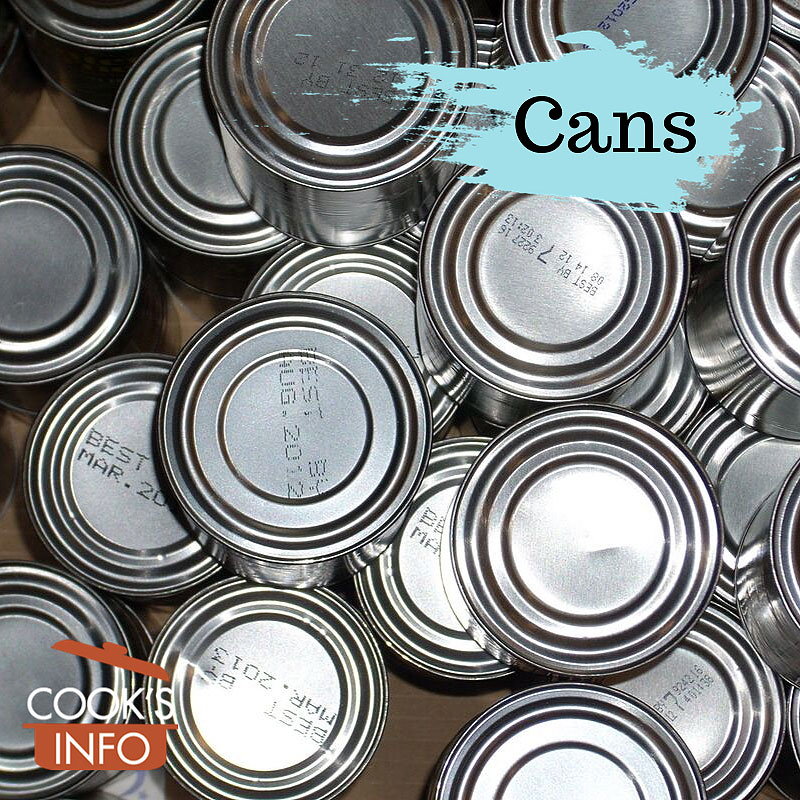 Cans (aka tins) are metal containers (usually cylindrical but not necessarily) in which food or drink is hermetically sealed for storage over long periods of time.

The size of a can cannot be taken as an indication of how much weight in food it will hold. Cans that are the same size can vary in weight after they are filled, depending on what they were filled with of course. And, every can, during filling, must leave some headspace, and not be filled right up to the very top.

When you see three digit numbers, they are created as follows:

The standard sizes that evolved in North America were numbered 1 through 10 (plus a 2 1/2 size.)

In North America, some older recipes used these can sizes as a measurement of how much of an ingredient they were calling for.

It’s generally still considered a big no-no to store food in an opened can. The American Food Products Association says: “Once opened, leftover contents must be removed from the can and placed in a covered, non-metallic container and refrigerated or frozen.” [1]2005. Retrieved from http://www.fpa-food.org/content/consumers/faqs.asp.)

At first, every manufacturer made its own cans for its own food. In 1928, when Heinz first started canning baked beans in the UK, it made its own cans at its factory in Waxlow Road, Harlesden, north-west London (later to be bombed twice during World War Two.) Crosse & Blackwell made their own cans in Bermondsey in South London, a centre of Can production.

At a certain point, the desire for standardization came about. This allowed food processors to buy cans from third-party suppliers and realize cost savings. Note that as of the early 2000s, at least, Heinz in the UK had gone back to making its own cans. 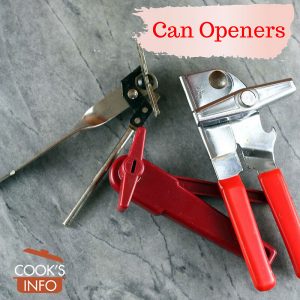 Can openers are such an essential part of a kitchen that they are taken for granted. If you dislike the one you have there's no reason to suffer with it: there are many different models now available.

A Pullman can is called "Pullman" because its long rectangle shape looks like a railway car. It's not a standard can size, though. The length can vary from 20 to 50 cm (8 inches to 20 inches.) The other dimensions can vary as well: 10 x 10 cm (4 inches...