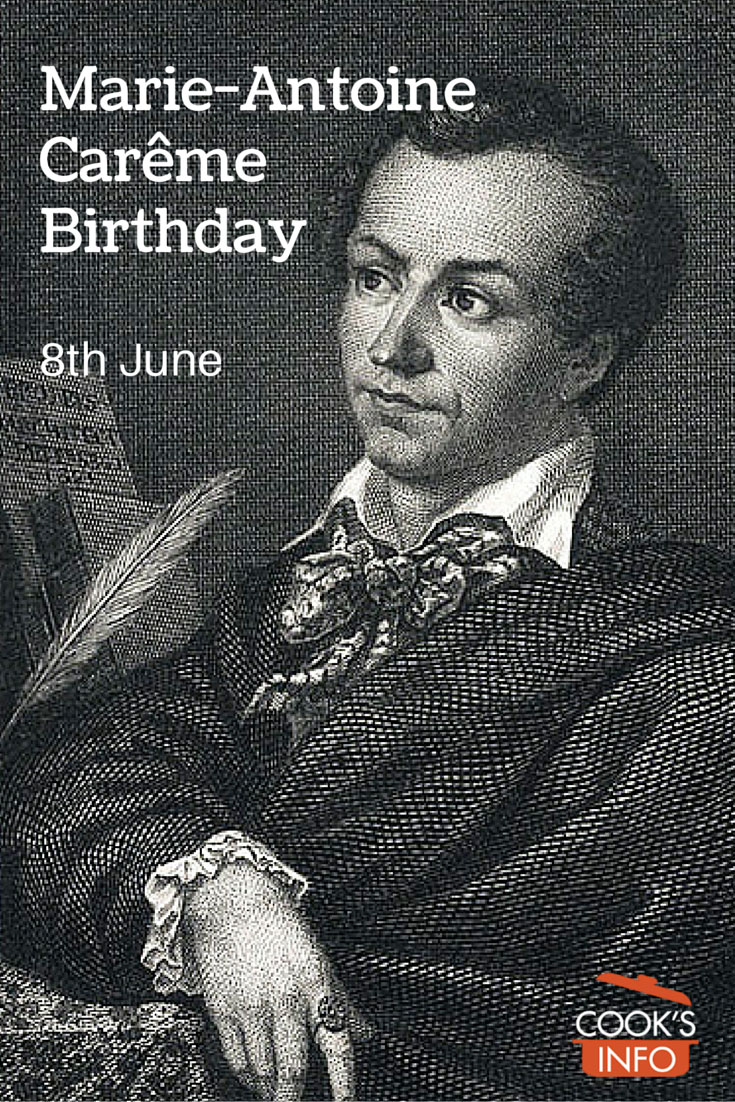 The 8th of June is Carême’s birthday.

On this day, 8th June, in 1784, a boy named Marie-Antoine Carême was born. He would become the world’s first celebrity chef, and codify French cooking in a way that still serves as a foundation today for European cooking.

The odds weren’t in his favour, though. He was given a girl’s name, and named after a very unpopular girl at that — Marie Antoinette, so he went through life as “Antonin” Carême instead. He was also born into a Parisian family so poor that somewhere between the age of 10 and 12 he was booted out the door to make his own way in the world at a time when the terror of the French Revolution was at its height in the city.

Carême would go on to become the founder of La Grande Cuisine in France, and to cook for Talleyrand, Czar Alexander I, the Prince of Wales, Napoleon and the Rothschilds.