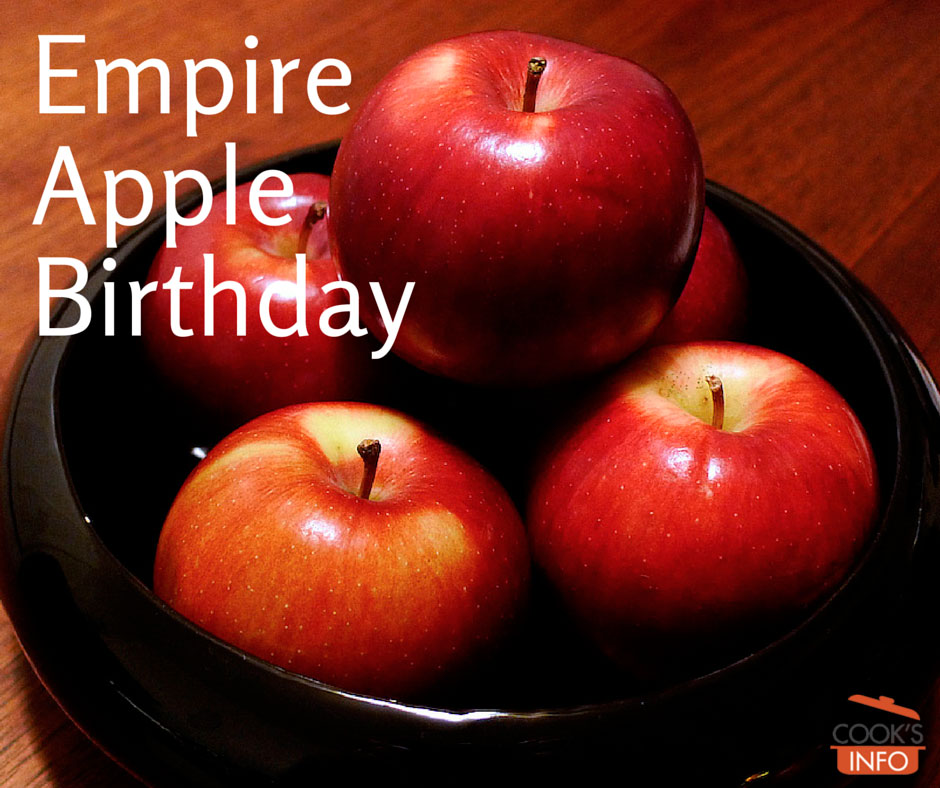 September the 15th is the birthday of Empire Apples.

Not every apple is so lucky as to have its own official birthday on the calendar, but this one does.

Empire apples are fragrant and crisp, with a sweet but not sugary taste, making them lovely snack apples.

The Empire apple was developed in New York State (the “Empire” State) at Cornell’s Experimental Station in Geneva, NY over two decades of selective breeding.

It was released to public on 15 September 1966 by “pomologist” Roger D. Way after 20 years of development.