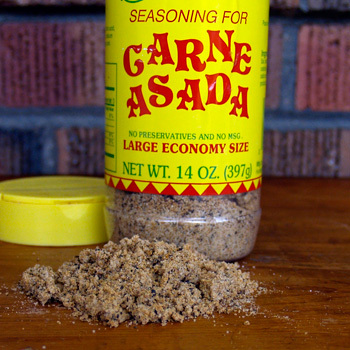 Carne Asada is meat (usually beef or pork, but more usually beef), cut into thin diagonal strips, and usually cooked quickly by grilling. It is prepared this way in Mexico, and throughout Central America and the Caribbean.

Even though “carne” just means “meat” in Spanish, in “carne asada” the meat is usually beef. “Asada” means “broil” or “roasted”, as in cooking something over a flame. The word to grill or roast in Spanish is “asar.”