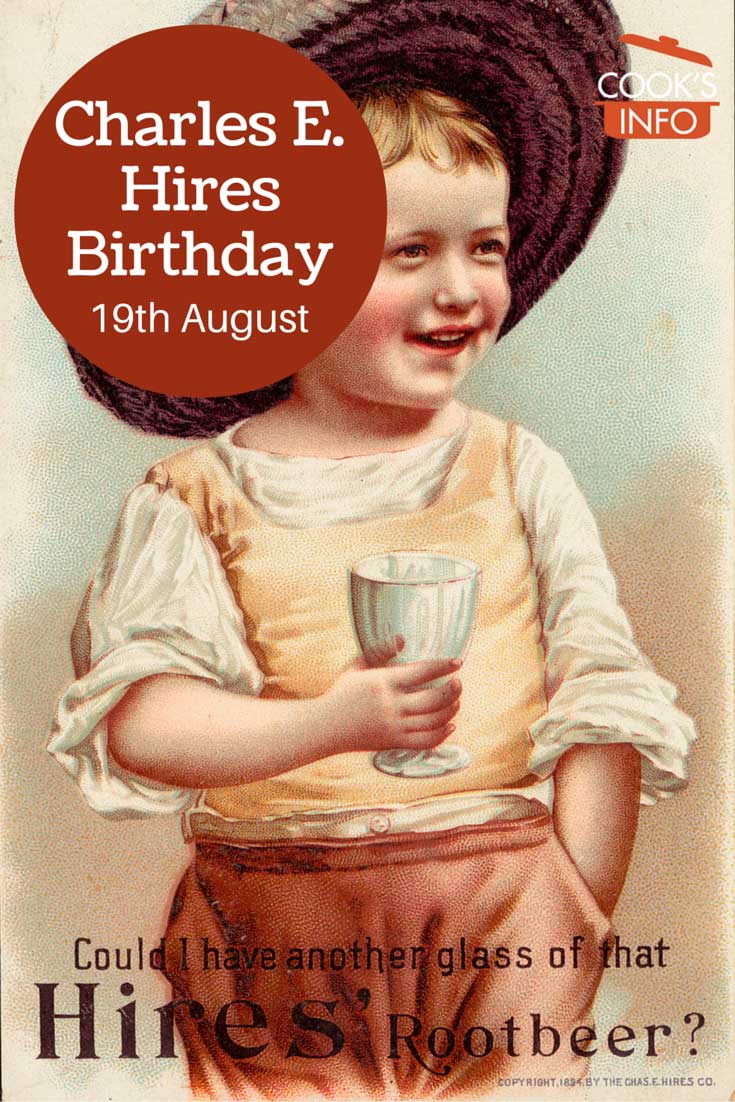 Could I have another glass of that Hires’ Rootbeer? © The Charles E. Hires Co. [Public domain], via Wikimedia Commons / Boston Public Library. 1894.

The 19th of August is the birthday of Charles E. Hires.

Hires was the first person to sell the soft drink known as “root beer” commercially. He sold it first as a concentrated extract that you mixed up at home by adding water, and then in ready-to-drink bottles with the water already added. And, he financed it all with mud.

Though sometimes he is also credited as being the inventor of root beer, root beer was actually a homemade beverage in America before Hires came along.

Why not crack open a bottle or pour a can of root beer, and read about both Charles Hires and root beer ? Or, celebrate today with a root beer float? (There’s even a dedicated Root Beer Float Day.)