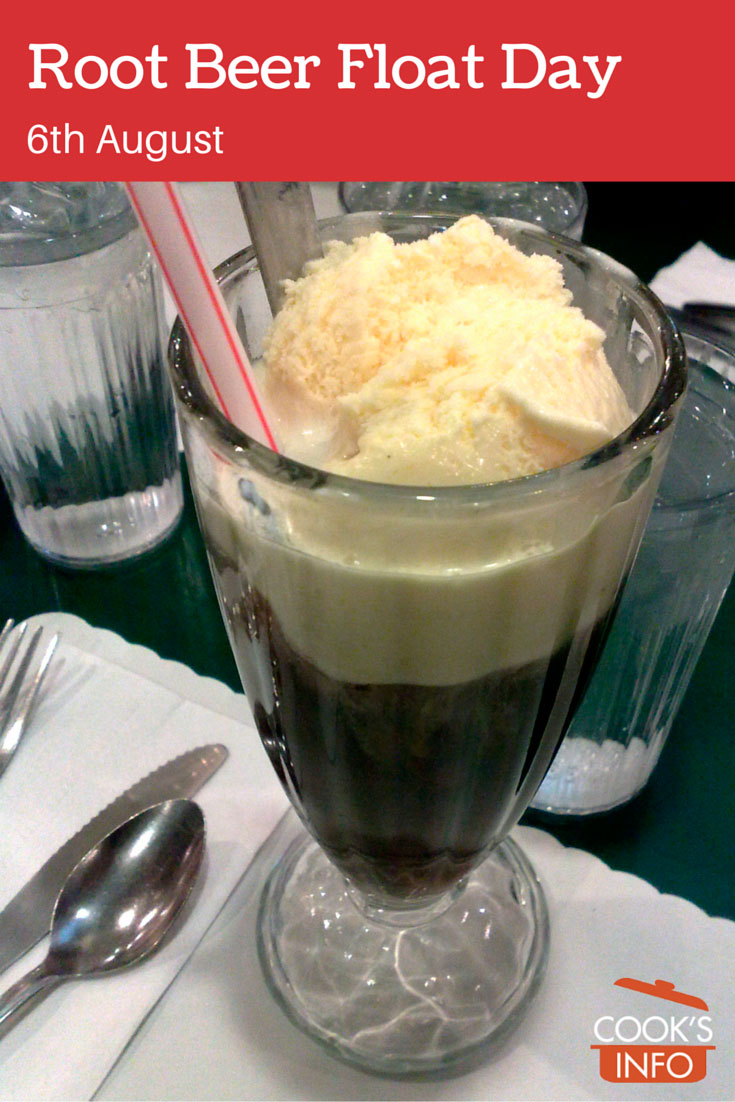 The 6th of August is Root Beer Float Day.

It’s a big, thick frosty mug of root beer with ice cream in it and a big, creamy head of suds, making it a classic ice cream float.

Today, why not got a bunch of friends together and let everyone debate their favourite brand of root beer. Then, do a root beer tasting with the brand names concealed and see how well they do picking out their favourites.

The Oakland A’s baseball team hold a fundraising Root Beer Float Day on a Wednesday in July or early in August, while playing baseball.

In some years, A&W Restaurants in North America offer free A&W Root Beer Floats on the 20th of June.

A few people plump for this day being held on 19 August.

The earliest print mention that CooksInfo is aware of for a Root Beer Float Day in August dates from 1983 in Florida: