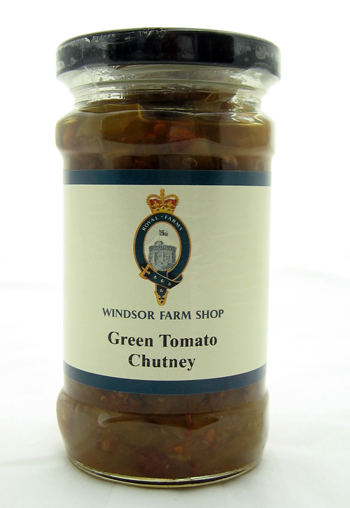 Chutney is a savoury relish made with fruit and/or vegetables. It can be preserved or made fresh, served raw or cooked. It usually has a combination of sweet and sour tastes.

Commercial varieties may include ingredients such as ginger, mangoes, raisins, spices, sugar, tamarind and vinegar.

Though generally the version thought of as Indian started with mangos, North American versions evolved over the years with people’s mothers and grandmothers basing theirs on tomatoes, beets, apples, rhubarb or blackberries, etc.

The British discovered chutneys in India and popularized them at home and throughout the British Empire.

The Victorians found that they liked their cold meats with chutneys as much as they did with curry, and Chutneys began appearing on fashionable sideboards even when Indian-style food wasn’t present.

In October, 2003, researchers at the Royal Society of Chemistry in the UK tested two jars of chutney put down in 1969 by a woman in Norfolk named Joy Tomkins, who had just found them in the back of her cupboard after 34 years. The chemists pronounced the jars still safe to eat, because Mrs Tomkins followed correct preserving procedures and the chutney had a very high acidity that prevented bacteria from growing.

Chutney comes from a Hindi word “chaatna” which means to taste. A “chatni” is either an appetizer or a side-sauce.

This web site generates income from affiliated links and ads at no cost to you to fund continued research · Information on this site is Copyright © 2023· Feel free to cite correctly, but copying whole pages for your website is content theft and will be DCMA'd.
Tagged With: Indian Food, Relish