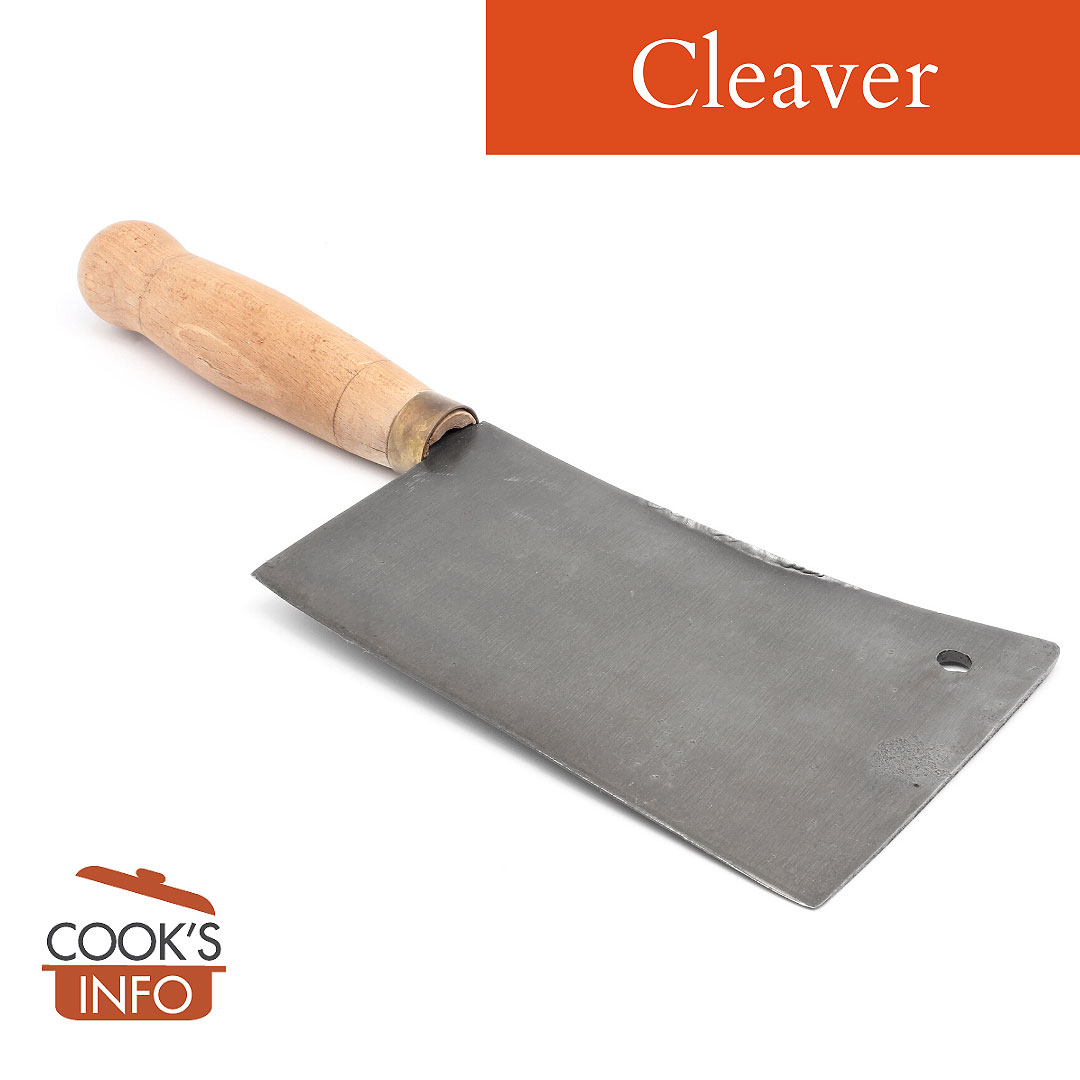 A cleaver is a heavy, rigid knife with a large rectangular or square blade.

The blade, about 15 cm (6 inches) long, can be made of stainless steel or high-carbon steel. Its weight allows the knife to pick up momentum as you swing, so that in effect the blade helps do part of the work for you. The back of the blade may be straight, or have a slight curve to it.

The handle may be one piece with the blade, or a separate attached piece made of wood or plastic. Some blades have a small hole in them, at the top front corner, for hanging them with on a nail on the wall or the side of a butcher’s block. Butchers don’t like laying them flat; they think it dulls the blade or exposes it in such a way that, in just lying around, it could get damaged. Plus, they want their work surface free, while keeping their cleaver handy.

You use a cleaver by swinging it to build up force.

It can cut through bone, sinew, and cartilage, usually with a single swing. The flat of the blade can be used for crushing garlic, herbs, and spices such as peppercorns.

Not many people actually need a cleaver for cutting meat anymore. They either buy the meat boneless, or if there is bone in it, the store butcher has cut the meat into cooking-sized pieces already.

Some find the thought of using one quite scary, thinking if it does that to bones, what will it do to a finger.

“Cleave” means both to make something into smaller parts, as in a cleaver, and the exact opposite “stick” or “come together”, as in a woman’s cleavage. Words that come from the first sense include “cleaver”, “cleft foot”, “cloven hooves”, etc.

The reason is that cleave is actually two different verbs in English that happen to be spelled the same. Here’s a very simplistic explanation: the splitting verb was “cliofan” (or sometimes “cleofian”); the “sticking together” verb was “clifan” (or sometimes “cleofian”) in Old English. By the 1300s, they started to merge on the “cleofian” form, and become the same word in the present tense, though they still show their separateness by having two different past tenses:

In any event, aside from popping up in words such as cleaver and cleavage, both verbs have pretty much disappeared from being used at all.

Sometimes called a “butcher’s cleaver” or a “meat cleaver.” 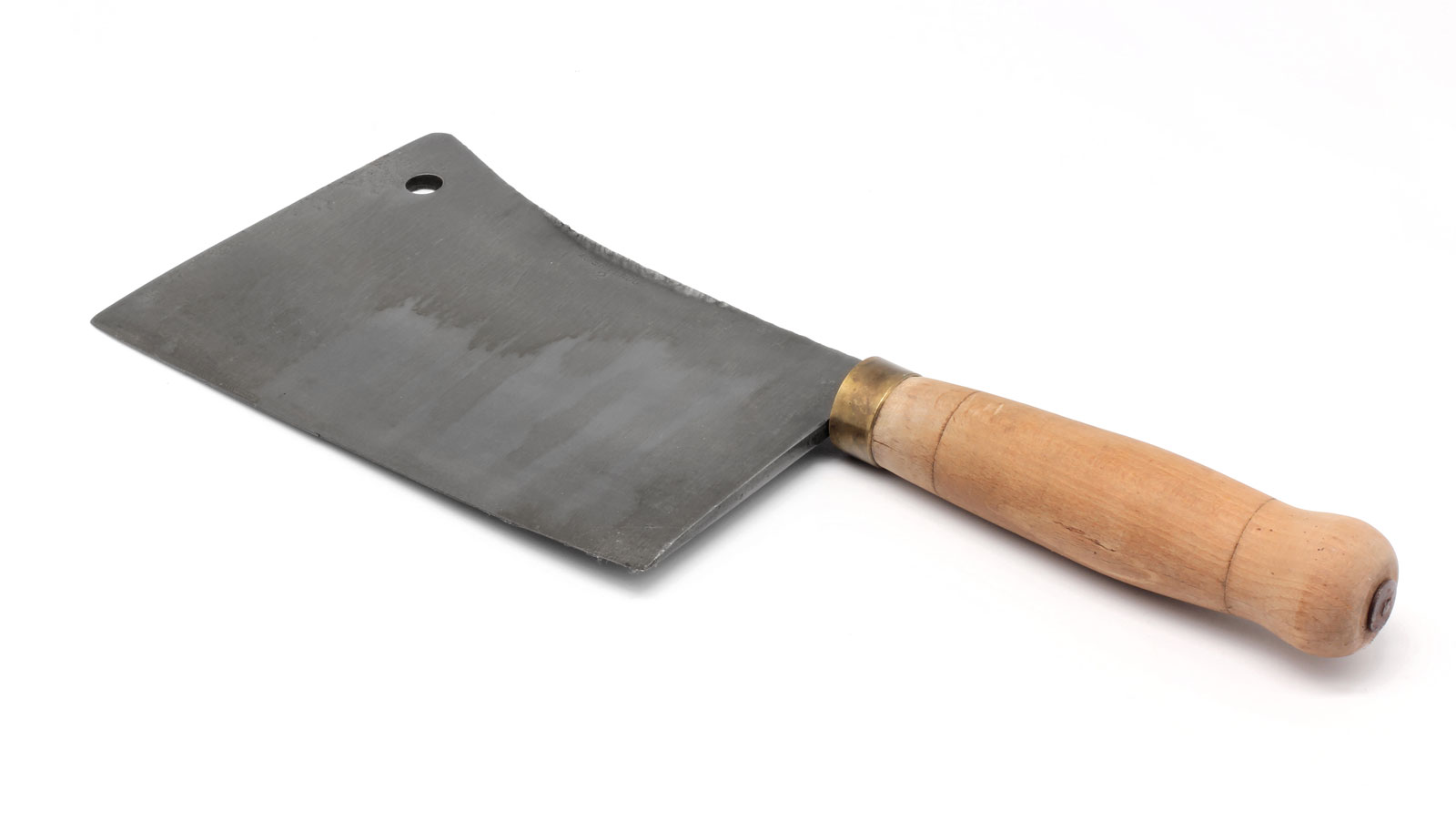 This web site generates income from affiliated links and ads at no cost to you to fund continued research · Information on this site is Copyright © 2022· Feel free to cite correctly, but copying whole pages for your website is content theft and will be DCMA'd.
Tagged With: Knives