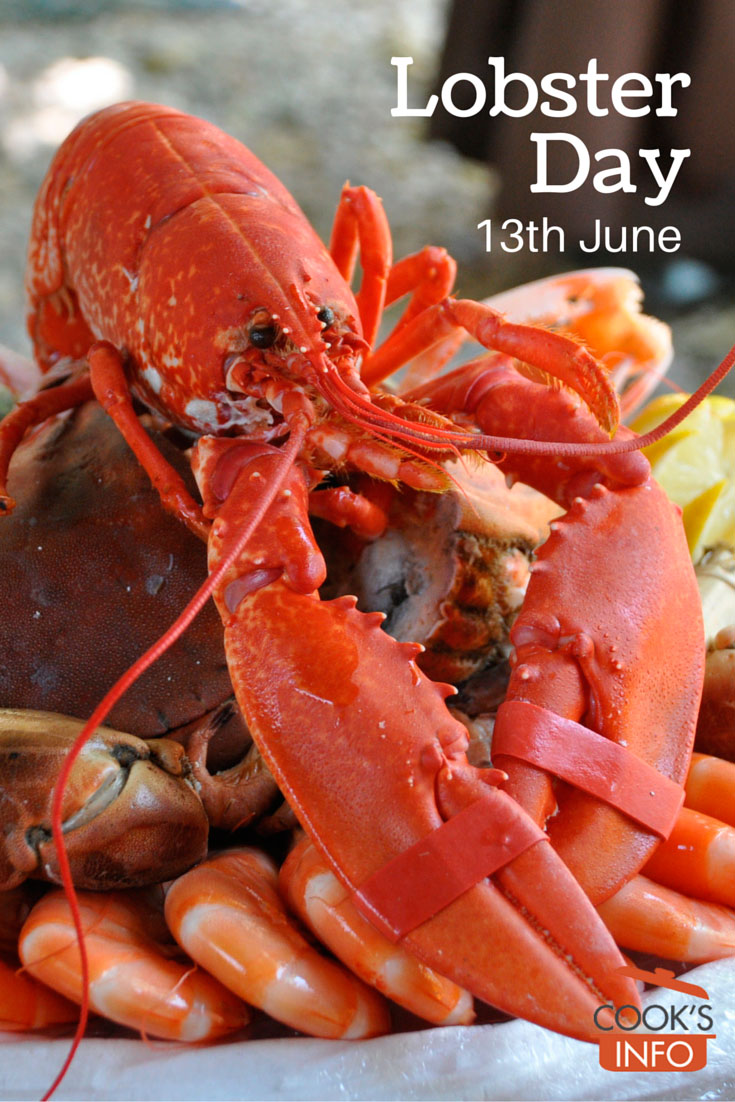 The 13th of June is Lobster Day.

Generally, in the northern hemisphere lobster fishing season is open in June, and the lobster are considered good then because they have grown into their new shells for the year, displacing the water that filled the space inside when the new, larger shells were just formed.

In Atlantic Canada, lobster season begins sometime in May.

In Florida, lobster season tends to fall at the end of July or early August,

In any event, lobster is now available year round, even frozen whole in what are called “popsicle packs”, so wherever you are you can plan a lobster feast in June with confidence that you’ll at least be able to have the main guest attending, in some form.

The earliest print mention of a Lobster Day in June that CooksInfo is aware of dates from 2009:

The page attributed its source to foodreference.com.

This web site generates income from affiliated links and ads at no cost to you to fund continued research · Information on this site is Copyright © 2022· Feel free to cite correctly, but copying whole pages for your website is content theft and will be DCMA'd.
Tagged With: Lobster