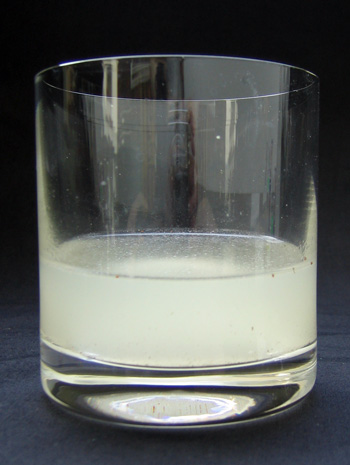 Coconut Water is the thin juice that comes out of the inside of coconuts. It’s somewhat pale and opaque, and slightly syrupy and sweet.

It is usually used as a beverage, drunk as is. It’s best drunk chilled, but can be drunk straight out of the coconut via a straw and a hole bored in through the coconut shell.

The younger the coconut the more water there will be inside; as a coconut ages, it absorbs this water into its meat.

It can also be fermented into coconut vinegar, or, used to make “nata de coco.”

Some people say they like the fresh coconut water straight from inside the coconut, but do not like the packaged versions.

Some people mistakenly think that this is Coconut Milk. That is very different in thickness, taste and nutrition.

You can use it as a liquid to cook rice in, in Asian-style soups, or try as a liquid in some dessert or bread recipes.

To make a substitute, simmer for a few minutes some dried, unsweetened coconut in a cup (8 oz / 250 ml) of water, then strain the coconut out.