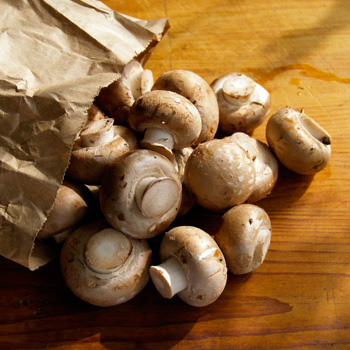 Cremini Mushrooms aren’t Italian mushrooms. “Cremini” is just a marketing name that was picked, witness the confusion between whether the name is actually spelt Cremini or Crimini.

When the mushrooms are picked while the cap is still closed, they are called Cremini, Baby Bella, Mini Bella, Portobellini, Baby Portobella, etc.

When the mushrooms are allowed to grow further in size, developing a darker skin and an opened-cap exposing the gills on the underside, they, like Chestnut Mushrooms, are called Portobello Mushrooms.

This web site generates income from affiliated links and ads at no cost to you to fund continued research · Information on this site is Copyright © 2022· Feel free to cite correctly, but copying whole pages for your website is content theft and will be DCMA'd.
Tagged With: Agaricus Mushrooms