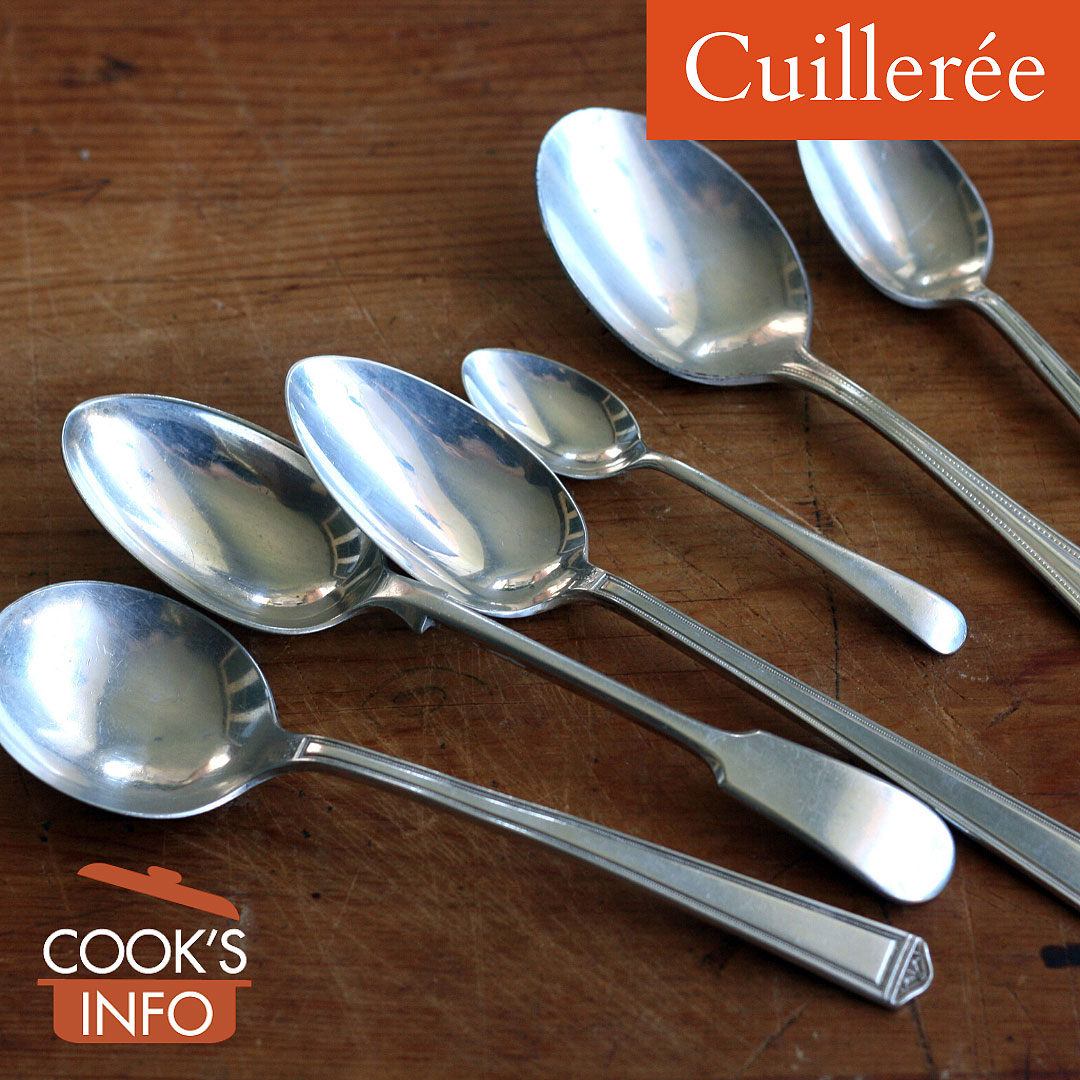 A “cuillerée” is a French home cooking measurement term that means “spoonful.”

It’s usually accompanied by some kind of description such as:

If the size of spoonful isn’t specified, you have to make your best guess as a cook based on the quantity of other ingredients also going into the recipe.

But it won’t mean a larger spoon such as a serving spoon or mixing spoon; it will mean some kind of spoon that you would eat from out of the everyday cutlery drawer.

French kitchens never developed a formalized, standard set of measuring spoons such as happened in North American kitchens (thanks to Fannie Merritt Farmer) because French cooks cook more by weight than by volume.

“Cuillerée” comes from the French word, “cuillière”, which means “spoon.”