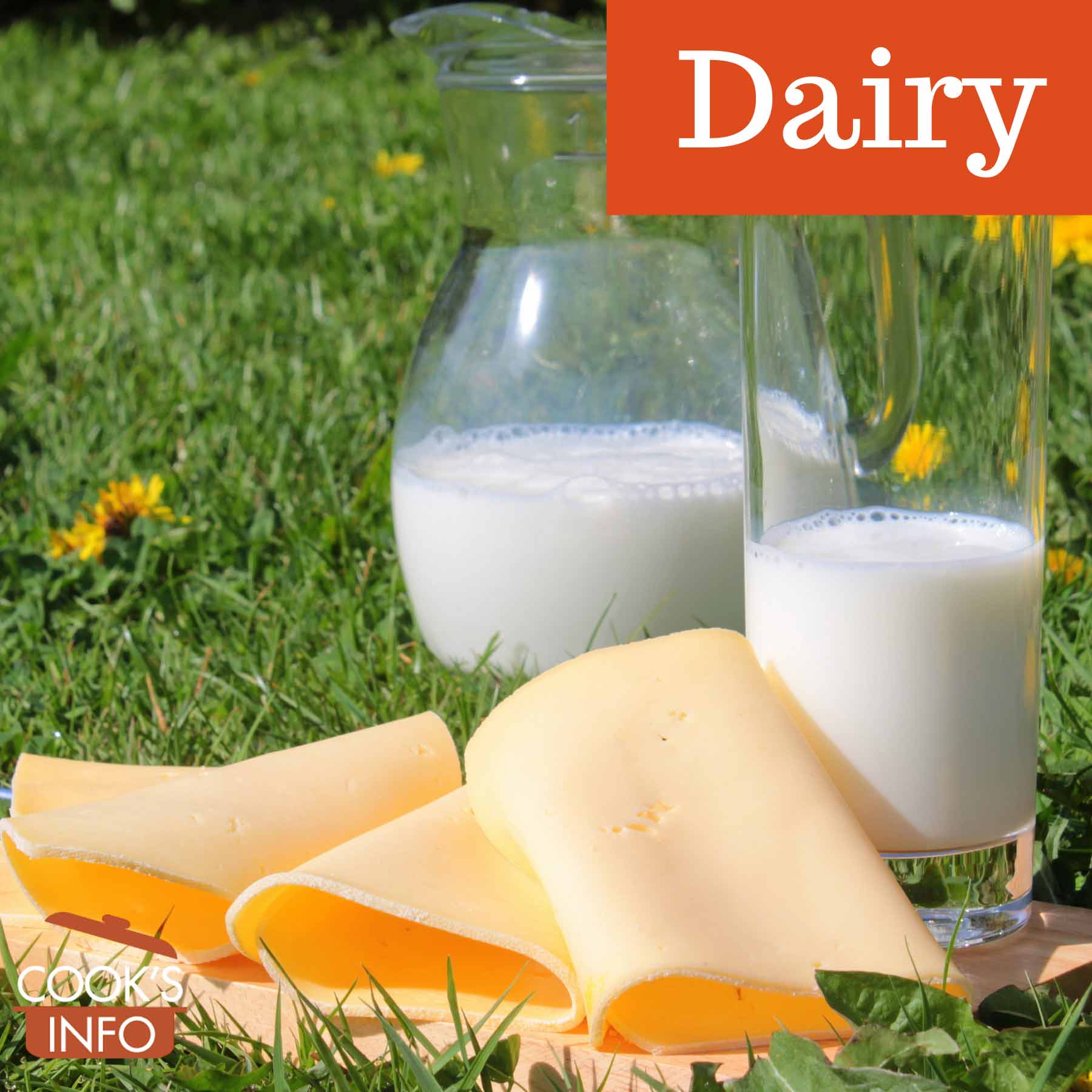 Dairy is a category of milk and milk products made from the milk of cows, sheep and goats.

In some parts of the world, milk from other milk-producing animals may be included.

Fresh milk and butter were not very popular in Rome or Greece, though cheeses were. Milk and butter would spoil quickly in their warm climates without refrigeration, so olive oil was preferable as a fat. Converting the liquid milk to cheeses, however, allowed them to store the nutritionally-valuable fat and protein in the milk in a safe, quality format.

In Northern Europe, the reverse was true: the colder climate which allowed storage of milk and butter made it impossible to grow olive trees, so animal fats were preferred.

People in Asia were milk-drinkers, but the ancient Greeks saw drinking milk as something astonishing: one of their words for barbarians was “milk-drinkers” (galaktopotes).

The advent of extensive rail connections at the turn of the 1900s in England enabled dairy farmers to sell their milk to urban markets:

“Although most large country houses had their own dairy, farmers would deliver milk and cream to local homes; but by the late nineteenth century due to the growth in urban relocation, large commercial dairies like Express Dairies, established in 1864, grew in strength… Many people still made their own cream and butter at home right up until the 1950s, although cheese was always purchased from the grocer or at the market… Urban dairies disappeared by the 1920s with the expansion of rail. This enabled rural farmers to transport their churns of milk by rail, which was then distributed to homes.” [1]Kay, Emma. Vintage Kitchenalia. Gloucestershire, England: Amberley Publishing. 2017. Google Ebook edition.

St Brigid is the patron saint of dairymaids.

“‘We forgot about the cow. Your mother and them other women did. Get yourself a bucket and go hunt up Dick’s cow and milk her.’
The boy scuffled the ground with his toe.
‘Leave ‘im be’, Summers said. ‘Hell, a man don’t like to do women’s work.'”
— Guthrie, AB. The Way West. Franklin Center, Pennsylvania: The Franklin Mint. 1979. Chapter Three, p 34.