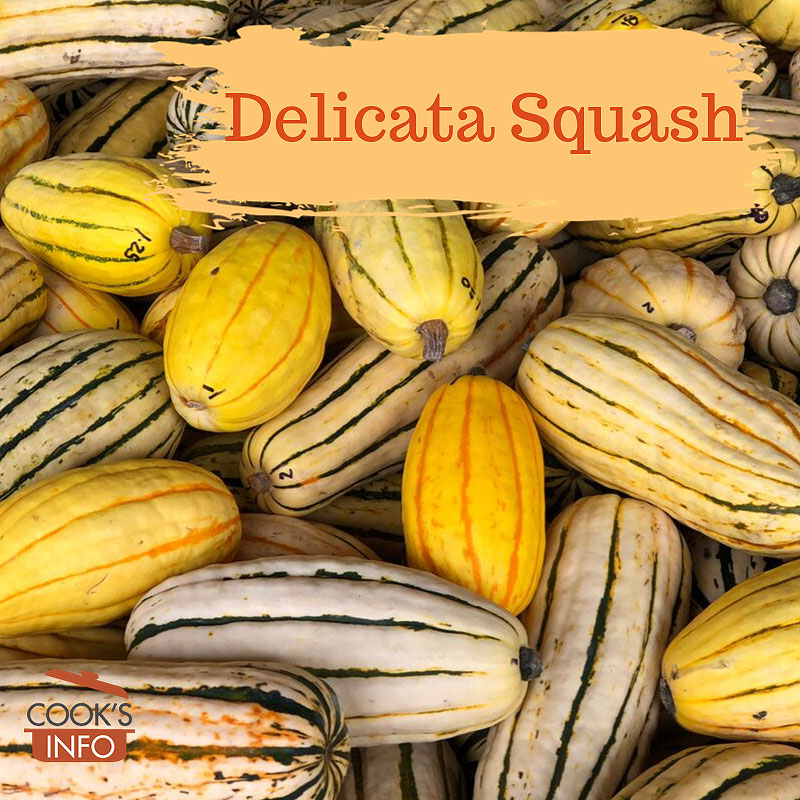 Delicata Squash is a long, narrow squash. Its rind can be pale to darker-yellow cream coloured, with dark green stripes. The stripes tend to be more pronounced at the end where the blossom was, and fade out a bit towards the stem end.

Inside the squash has finely-textured, yellow or light-orange flesh with a sweet taste.

The rind is relatively thin, making it easy to cut into compared to other squashes.

The plant has relatively poor yields, and is susceptible to disease,

Delicata Squash was introduced in 1894 by the Peter Henderson Company of New York City.

The susceptibility to disease made growing it commercially unfeasible, particularly because the thin skin also made it harder to ship. Consequently, it fell out of commercial favour, being replaced by the improved variety called Cornell Bush Delicata Squash.