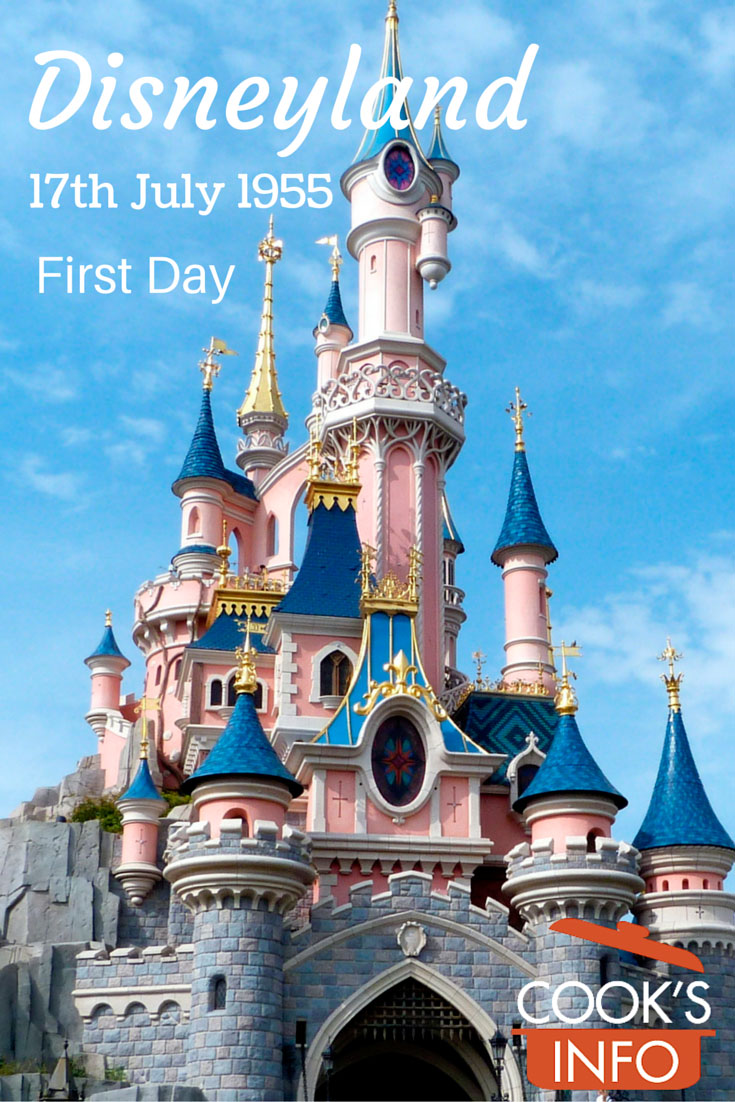 There are many varied restaurants at the various Disney parks, some of them as good as you’ll get anywhere, but some people feel that you can pay over the odds for the food.

You can’t take your own food into Disneyland, but you can picnic outside of it. They provide locker areas to store picnic coolers in.

Many people staying in resorts around the parks now schedule e-grocery deliveries over the web, so they can at least have breakfast in their suites.

To celebrate today, you could make Mickey Mouse-shaped waffles, pancakes, cupcakes, or even an entire Mickey cake.

Disneyland’s first day in business was an extremely hot day — people’s heels were getting stuck in the softened asphalt. The water fountains hadn’t been turned on yet. The park ran out of food.

Among the guests that day were Frank Sinatra, Art Linkletter, and Ronald Reagan.

One of the builders of Disneyland was C.V. Wood (c. 1921 to 14 March 1992), husband of the movie actress Joanne Dru (died 1996). Wood later went on to create the “Six Flags” parks. Wood and his wife Joanne were huge fans of the Big Chili Cookoffs across the American southwest. 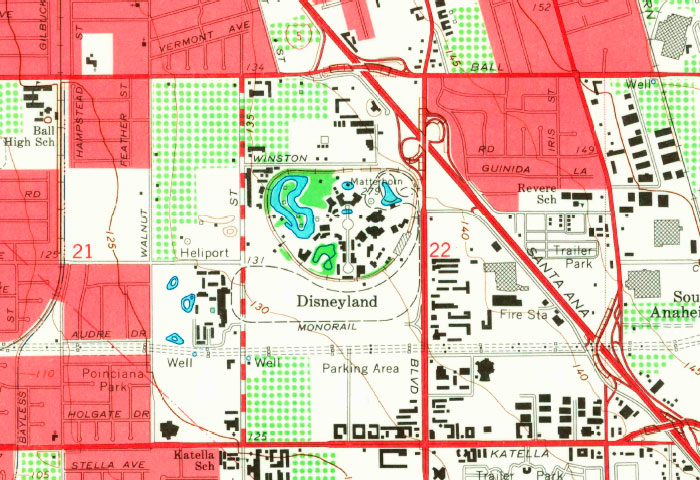