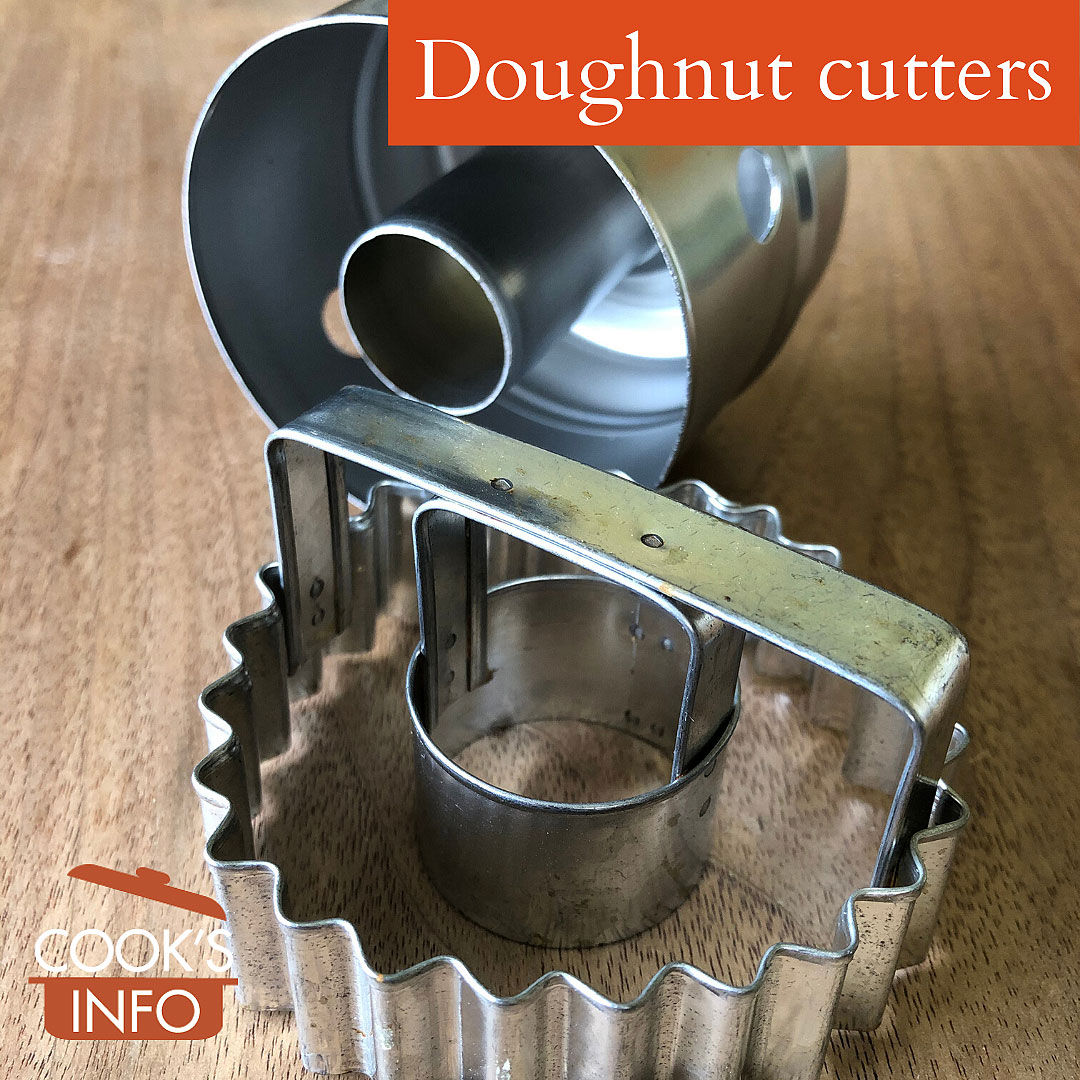 A doughnut cutter is a special hand-held and operated cutting tool for making doughnuts.

In rolled out dough, it cuts out a circle, and then a small circle at the centre of that circle.

To use, you roll out the doughnut dough first, then press the cutter into the dough, and twist the cutter to cut out the shape.

You can get doughnut cutters that will make heart-shaped holes.

Commercially, machines push doughnut batter out in rings of batter straight into the hot oil. 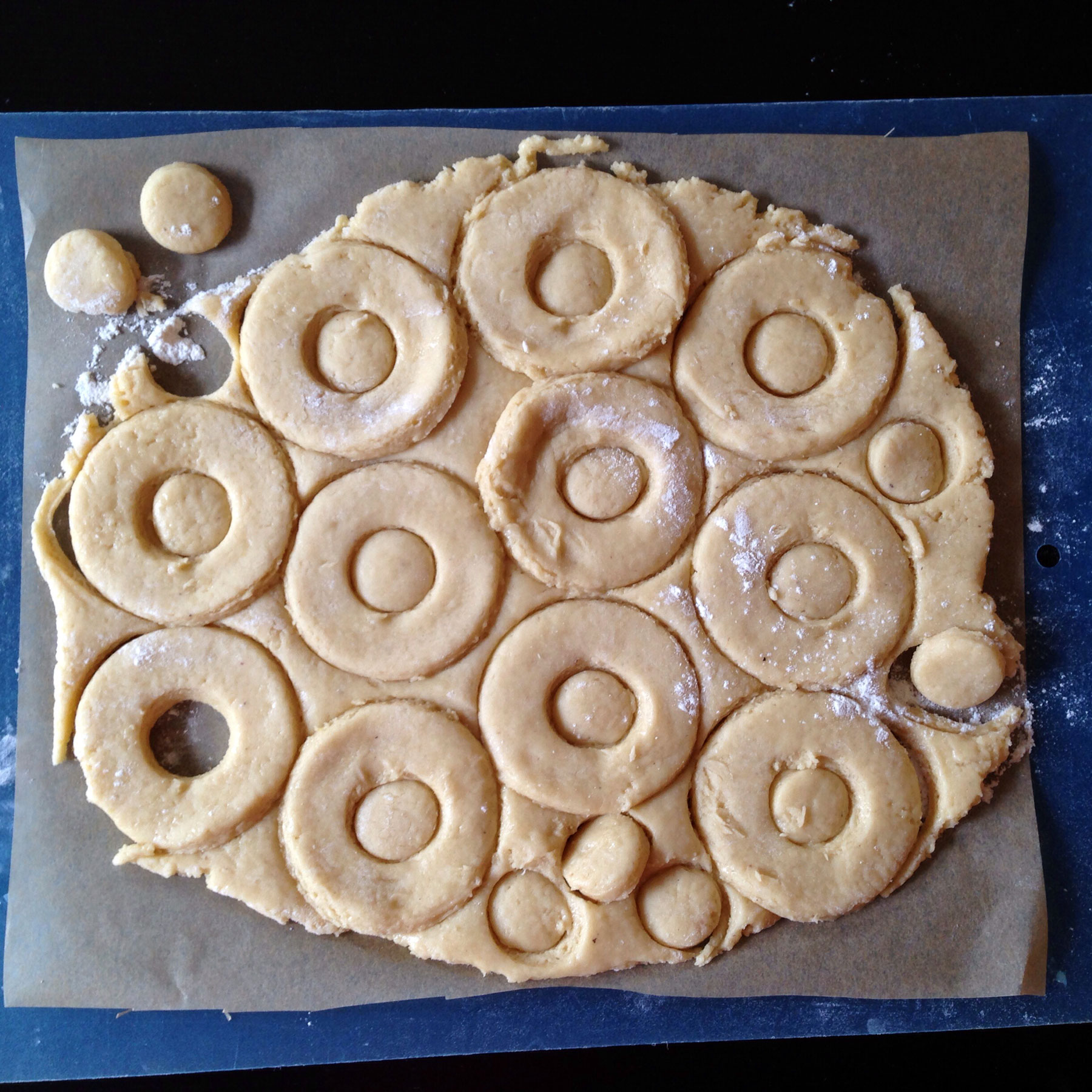 Most recipes will advise to flour the cutter between each cut.

Most sources report that doughnut cutters were invented by a John F. Blondell of Thomaston, Maine in 1872. In fact, he received American patent 128,783 (on 9 July 1872) for an “Improvement in Doughnut Cutters”:

“My invention has for its object to furnish an improved device for removing the dough from the cutter-tube automatically… A represents the cutter for cutting doughnuts and other cakes.

The drawing appears to depict the device made of wood.

His patent, however, makes no mention of restricting the construction to any particular medium. 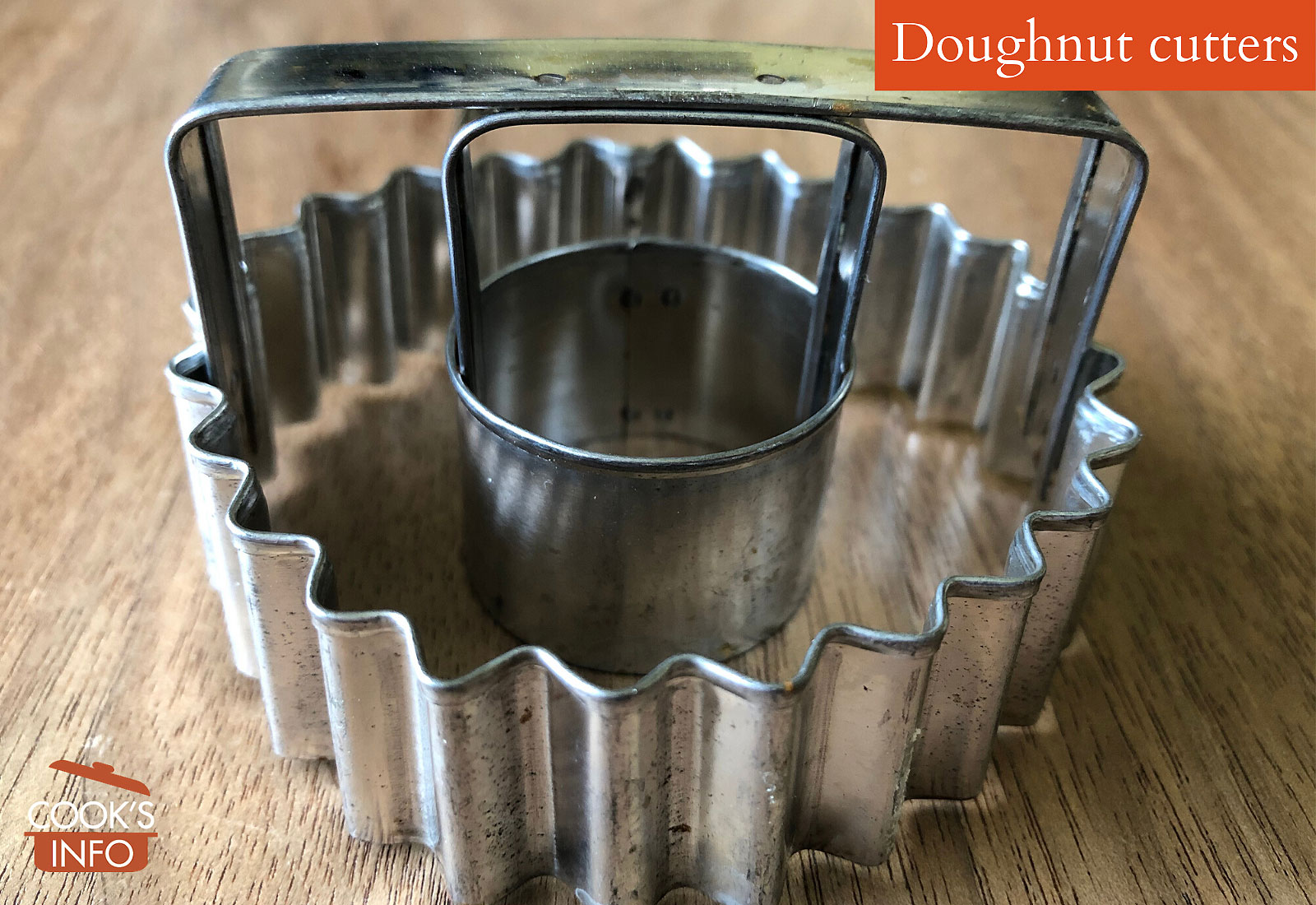 This web site generates income from affiliated links and ads at no cost to you to fund continued research · Information on this site is Copyright © 2022· Feel free to cite correctly, but copying whole pages for your website is content theft and will be DCMA'd.
Tagged With: Slicers