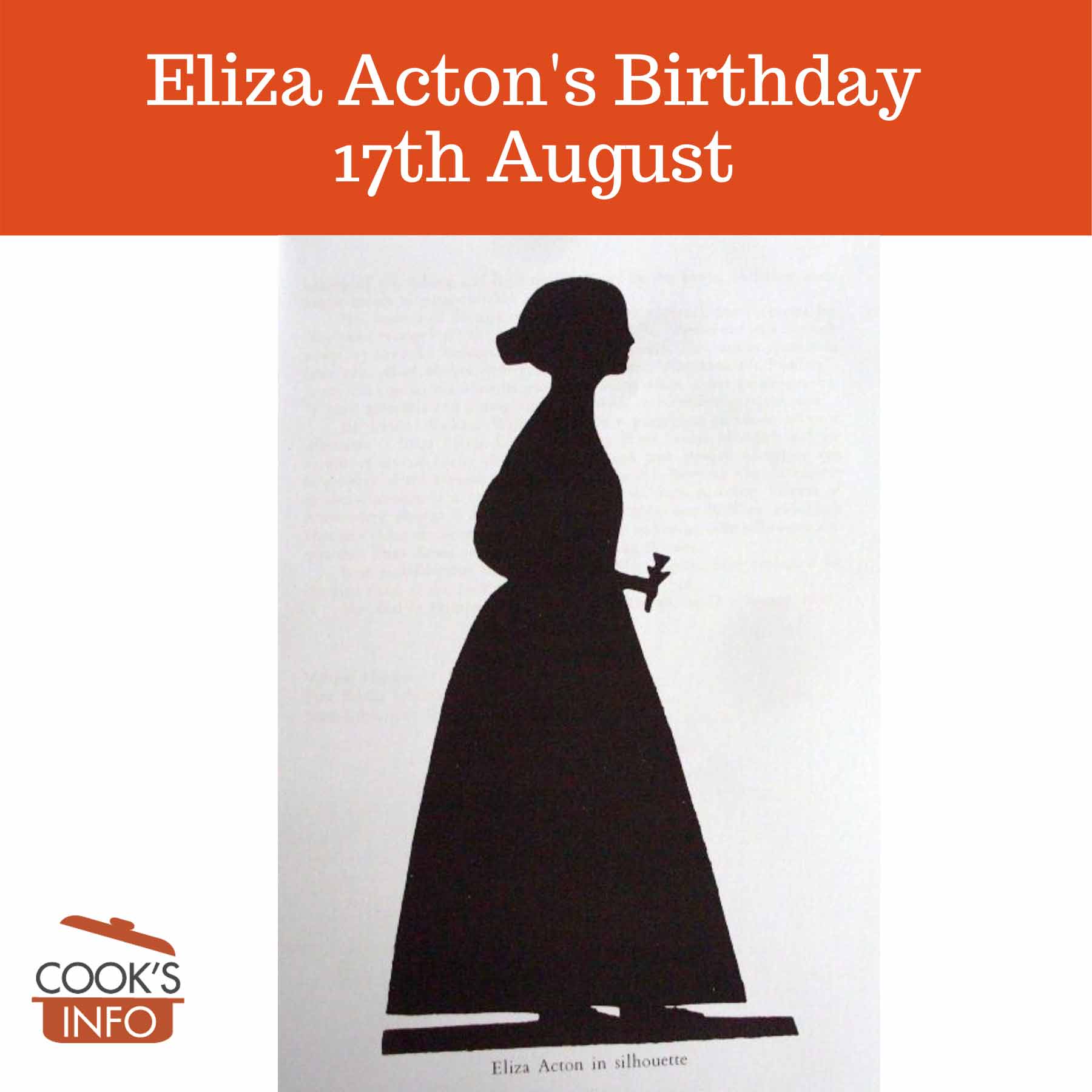 The 17th of August is the birthday of Eliza Acton, a famous English cookbook author of the mid-Victorian period.

Her book, Modern Cookery for Private Families, was aimed at women who would be in the kitchens cooking themselves, as opposed to directing a battery of kitchen staff, and was the first cookbook in England to list ingredients separately (though she put them at the end of the recipes.)

People liked the target audience, and the format, and the book was a huge success.

She did not like the newfangled metal “bread tins” coming out, and preferred still baking bread in crocks. Her book also espoused the now-discredited “meat surface sealing” theories of Justus von Liebig. (See: Searing Meat).

Her cookbooks were so popular, that many people — in an age before copyright laws — blatantly and widely plagiarized.

The only known representation that has come down to us of her is the silhouette shown above.