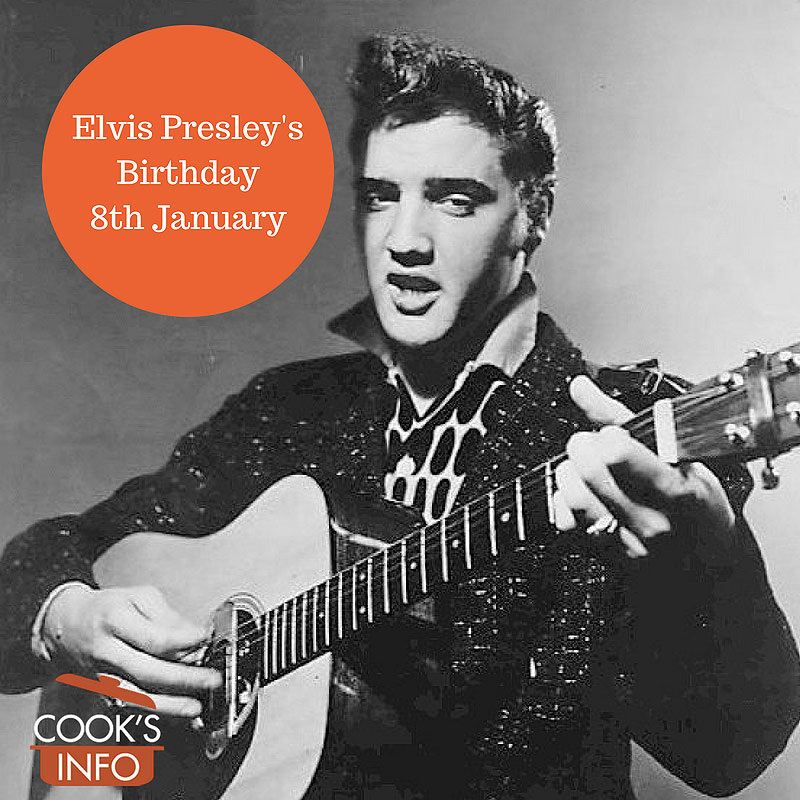 The American singer Elvis Presley was born on this day, 8th January, in 1935, in Tupelo, Mississippi.

His cook for 20 years at his home, Graceland, was a Mary Jenkins Langston, a short woman who only came to 157 cm (5 feet 2 inches) tall. She wrote a cookbook called “The Elvis Presley Family & Friends Cookbook.”

“His life starting in poverty, Presley’s childhood involved occasionally having to subsist on squirrel meat. As such, food became the Tupelo, Miss.-born musician’s sole pleasure after he found fame and fortune, according to the BBC documentary “The Burger and the King.”

“He said that the only thing in life he got any enjoyment out of was eating,” Mary Jenkins Langston, Presley’s chef for 14 years, told the BBC. “And he liked his food real rich.” [1]Lsi, Brian. A look at Elvis Presley’s insane food habits on the anniversary of his death. New York: New York Daily News. 16 August 2016.

Another cook at Graceland was Pauline Nicholson.

Elvis’ uncle, Vester Presley, who worked at Graceland as a guard, wrote a cookbook called “The Presley Family Cookbook.”

Elvis’s love of food has been popularized in the UK by Nigella Lawson. 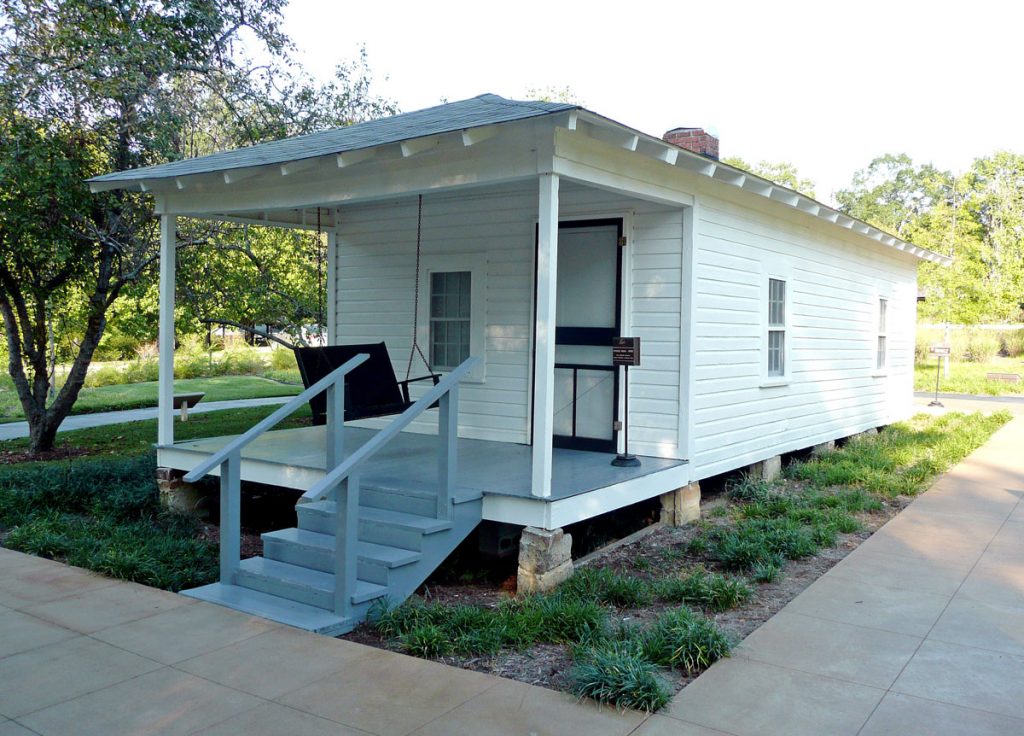 Some of Elvis’s favourite dishes included:

Elvis loved his fried peanut butter and banana sandwiches at any time of day:

“Prepared in a skillet full of butter, the sandwich bearing the rotund ruler of Graceland’s name consists of toasted bread, peanut butter and slices of banana with bacon occasionally tossed into the mix. Langston would recall that he’d request the dish for breakfast, at 2 in the morning and any time in between.” [2]Lsi, Brian. Ibid.

This, however, is almost certainly either a miscalculation, or a myth.

Some people think the 100,000 calories a day myth started in 2002, with an article entitled “Fat Dead Elvis” by a Dr Karl S. Kruszelnicki.

Kruszelnicki, Australian TV’s equivalent of Bill Nye in America, is usually considered a careful source, but some speculate that in this article he mixed up metric kilojoules with dietary Calories in his conversions.

Mark Jacob, co-author of “What the Great Ate”, says:

“My brother and I tried to debunk myths in the book. We’d read that Elvis’s daily caloric intake equaled that of an Asian elephant, which would be about 65,000 calories a day. We checked with a nutritional expert who said no way he ate that much. The expert estimated that Elvis ate not more than 10,000 – 12,000 calories a day. (The recommended intake for an average adult male is 2,500 calories a day.)” [4]White, Nancy J. Authors pick Elvis Presley as the greatest glutton. Toronto: Toronto Star. 25 July 2010.

Celebrations of Elvis’s birthday each year centre around his home, Graceland. 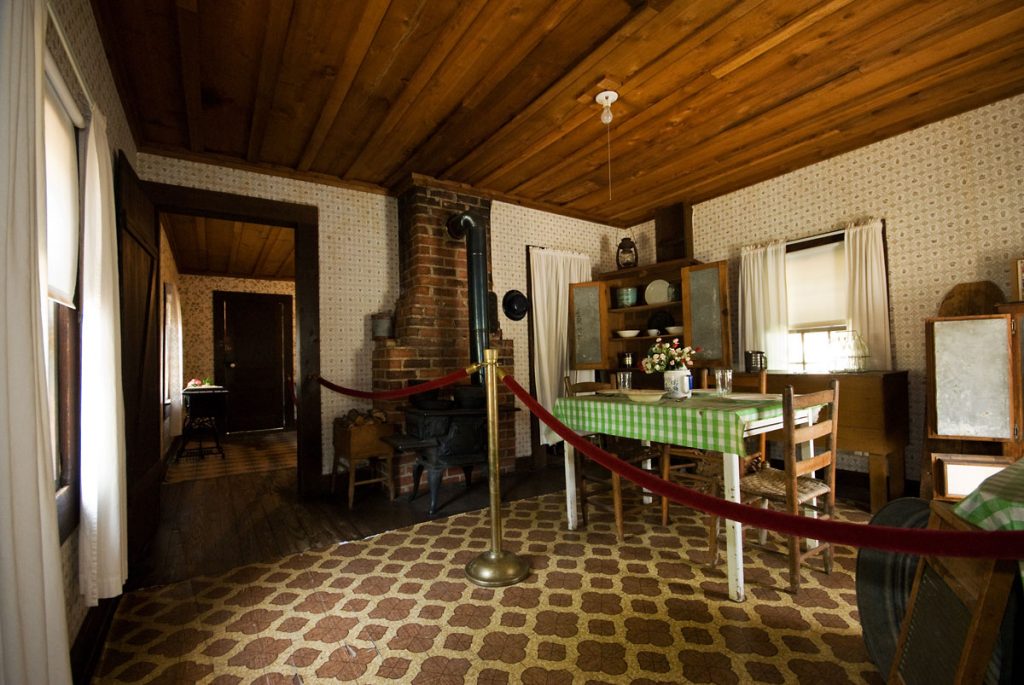 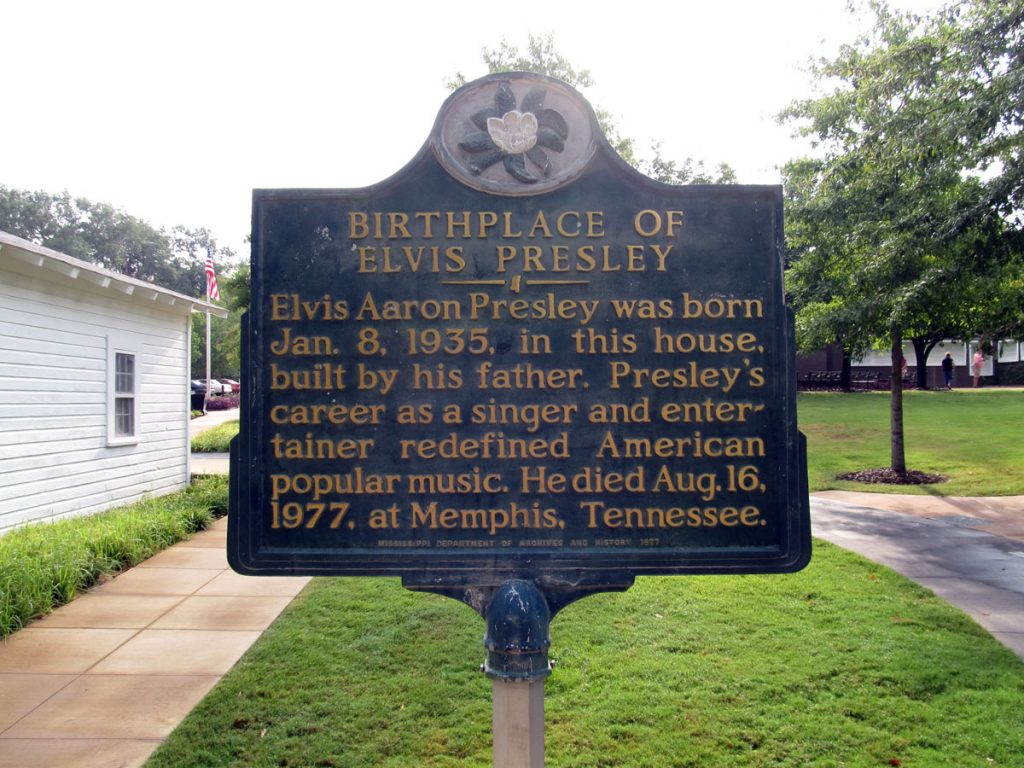 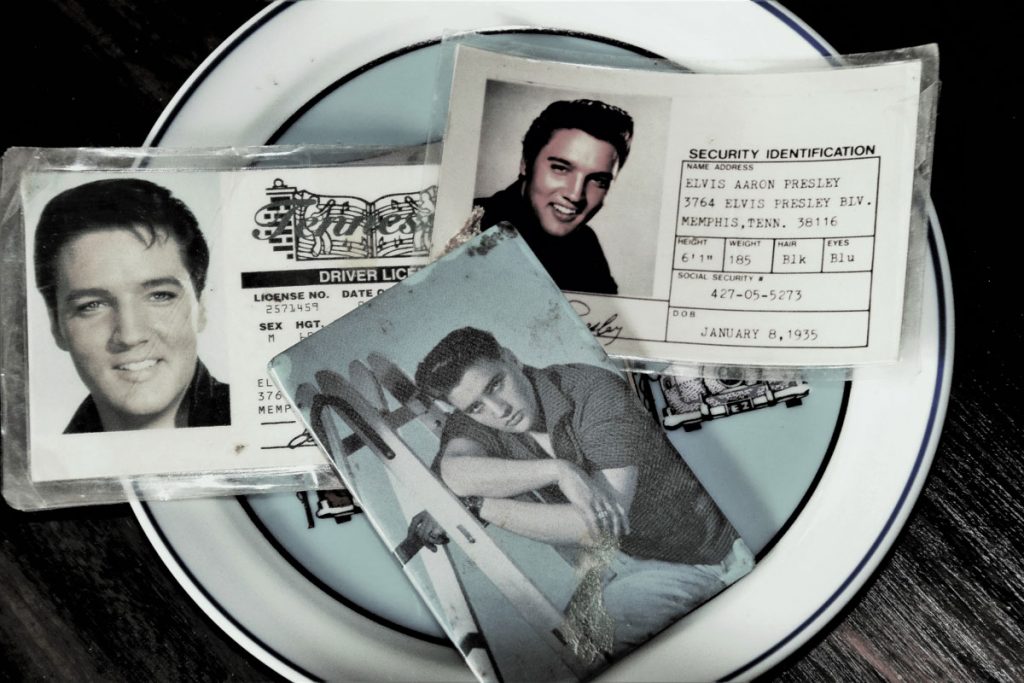 This web site generates income from affiliated links and ads at no cost to you to fund continued research · Information on this site is Copyright © 2023· Feel free to cite correctly, but copying whole pages for your website is content theft and will be DCMA'd.
Tagged With: American South Food