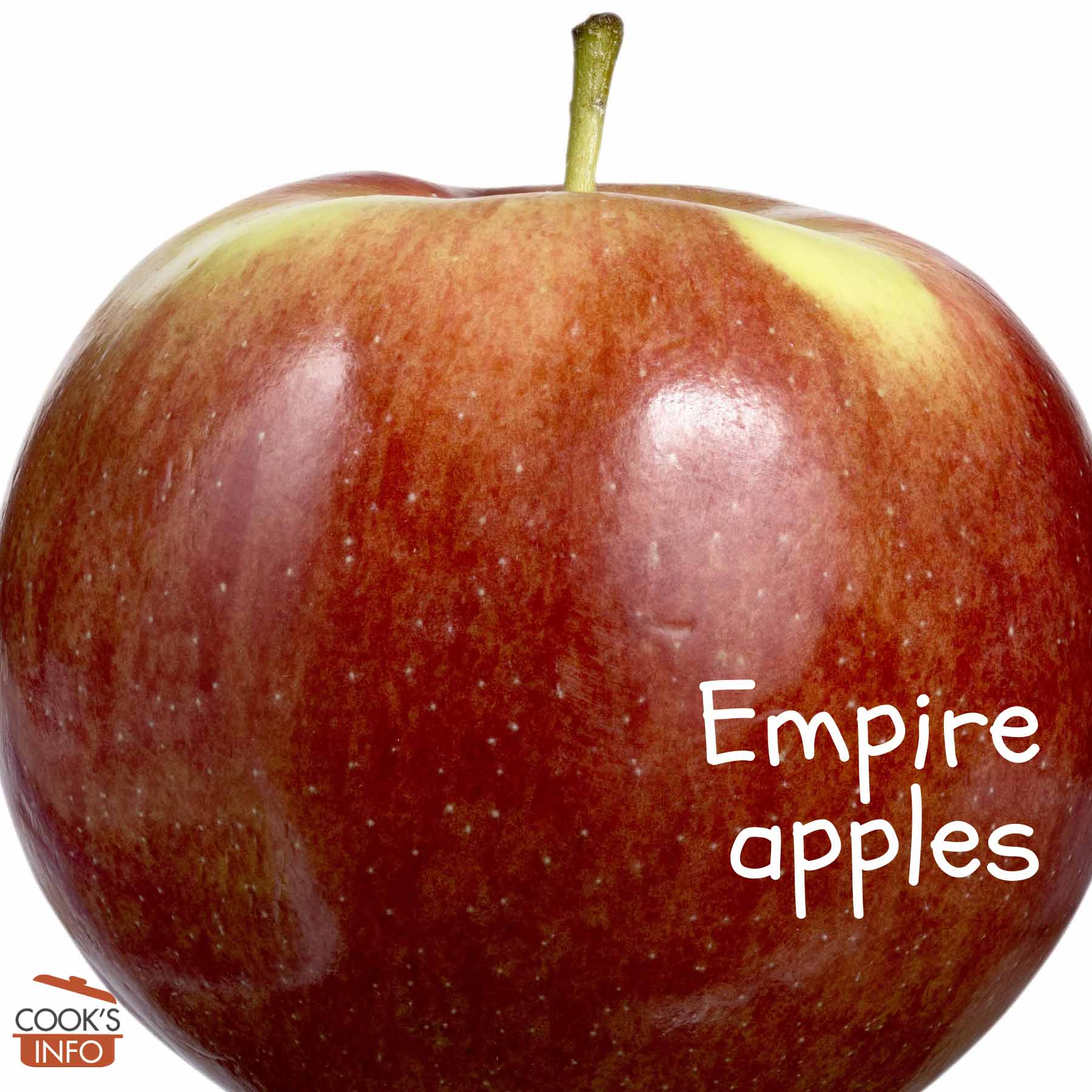 Empire apples have waxy, bright red skin that is a bit tough, enabling them to stand up well to shipping.

The flesh is fragrant and crisp, and sweet but not sugary, with some off-setting tartness. In fact, there is enough tartness that some American cider makers will use Empires in their cider.

The breeding of the Empire Apple started in 1945, by Lester C. Anderson of Cornell University. He began crossing McIntosh apples with Red Delicious in 1945 at his own orchards in New York State’s Hudson Valley. In 1947, seedlings were planted at Cornell’s Experimental Station in Geneva, NY. Further refinement selections were done in 1954, and in 1966, after 20 years of development, it was released to the public on the 15th of September 1966. It was called the Empire Apple because it was developed in New York State (the “Empire” State). 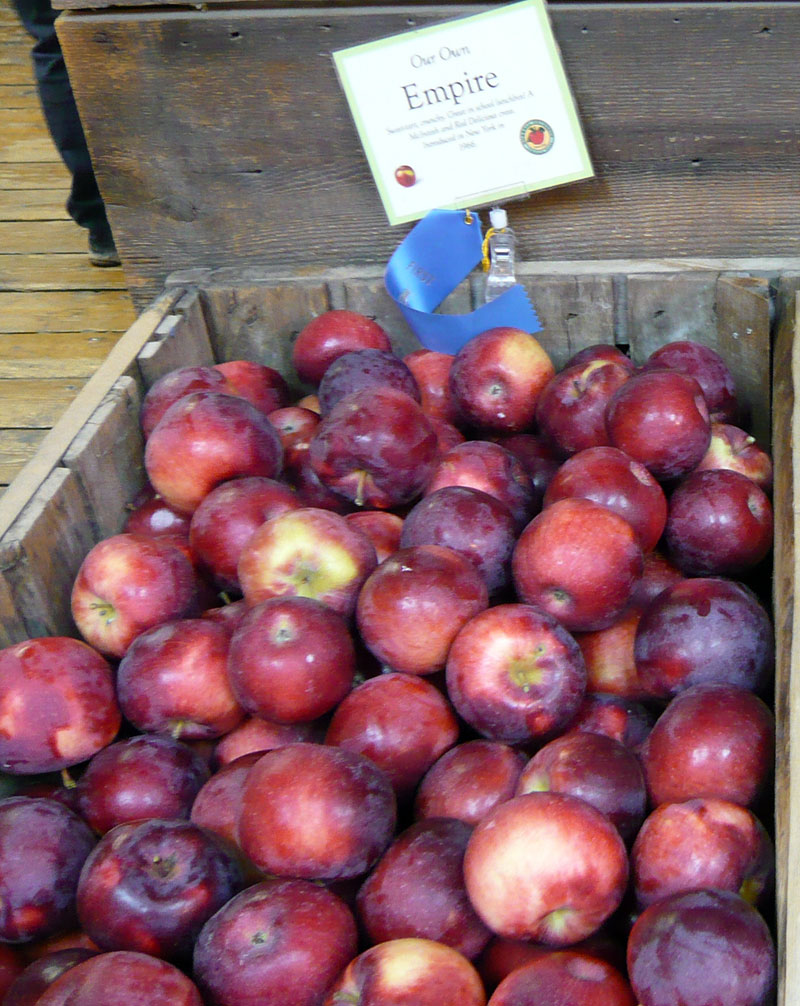