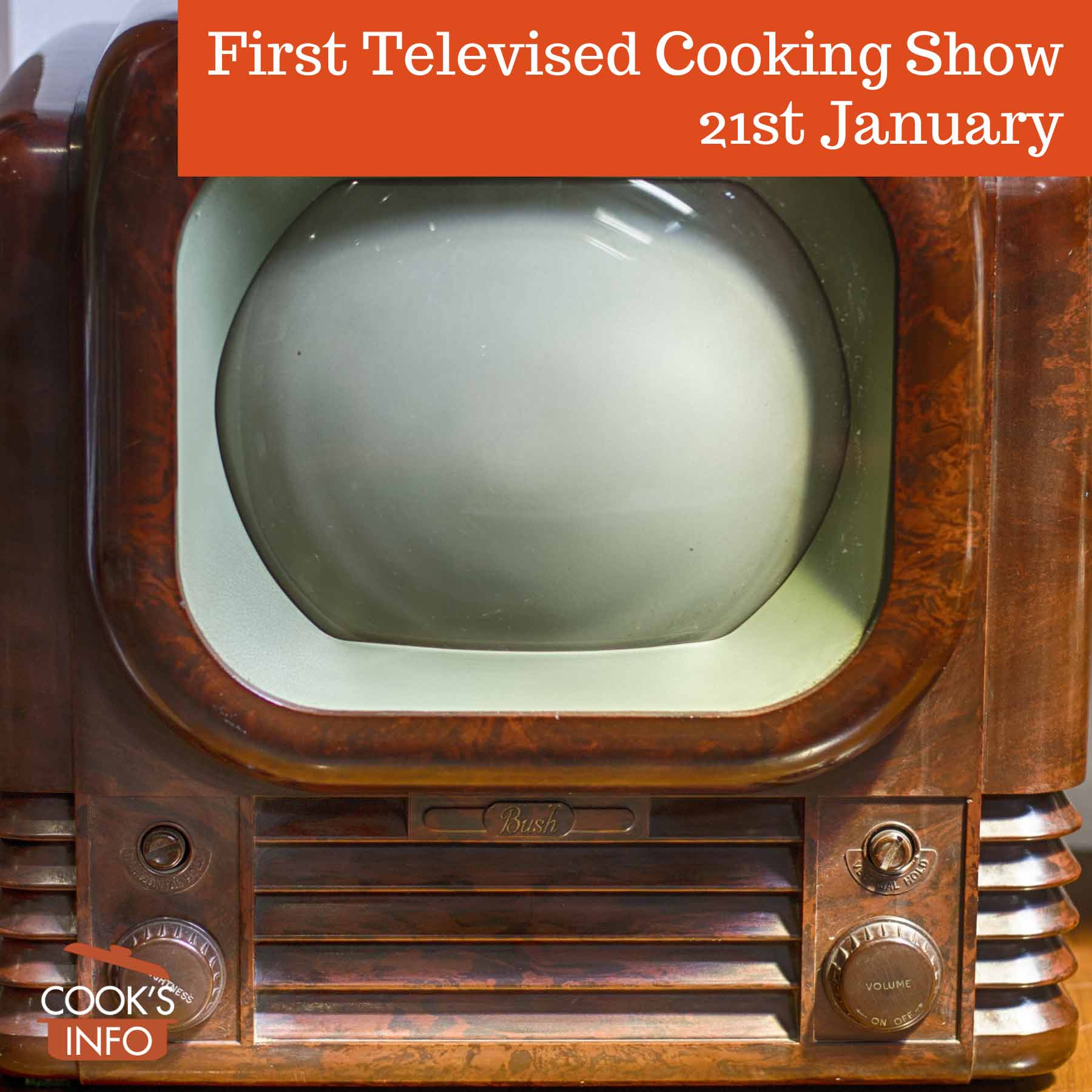 The 21st of January marks the anniversary of the first cooking programme ever broadcast anywhere on television.

This milestone culinary event took place in England, which shocks many people, not least the French.

The world’s first televised cookery programme aired on BBC television in England on the 21st of January, 1937 at 9:25 p.m.

Named “Cook’s Night Out”, it featured French cook Marcel Boulestin (1878 – 20 September 1943). It was the first of a series of five episodes, broadcast live, each one fifteen minutes long and featuring a different recipe. 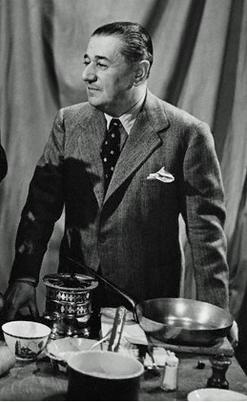 “Marcel Boulestin will demonstrate before the camera the making of the first of five dishes, each of which can be prepared as a separate dish, while the whole together make an excellent five-course dinner. In his first talk, M. Boulestin will demonstrate the cooking of an omelette.” — Notice of Cook’s Night Out. London, England: BBC Radio Times Television Supplement for 17th Jan 1937 – 23rd Jan 1937. 15 January 1937. Issue 694, National. Page 10, col. 4. 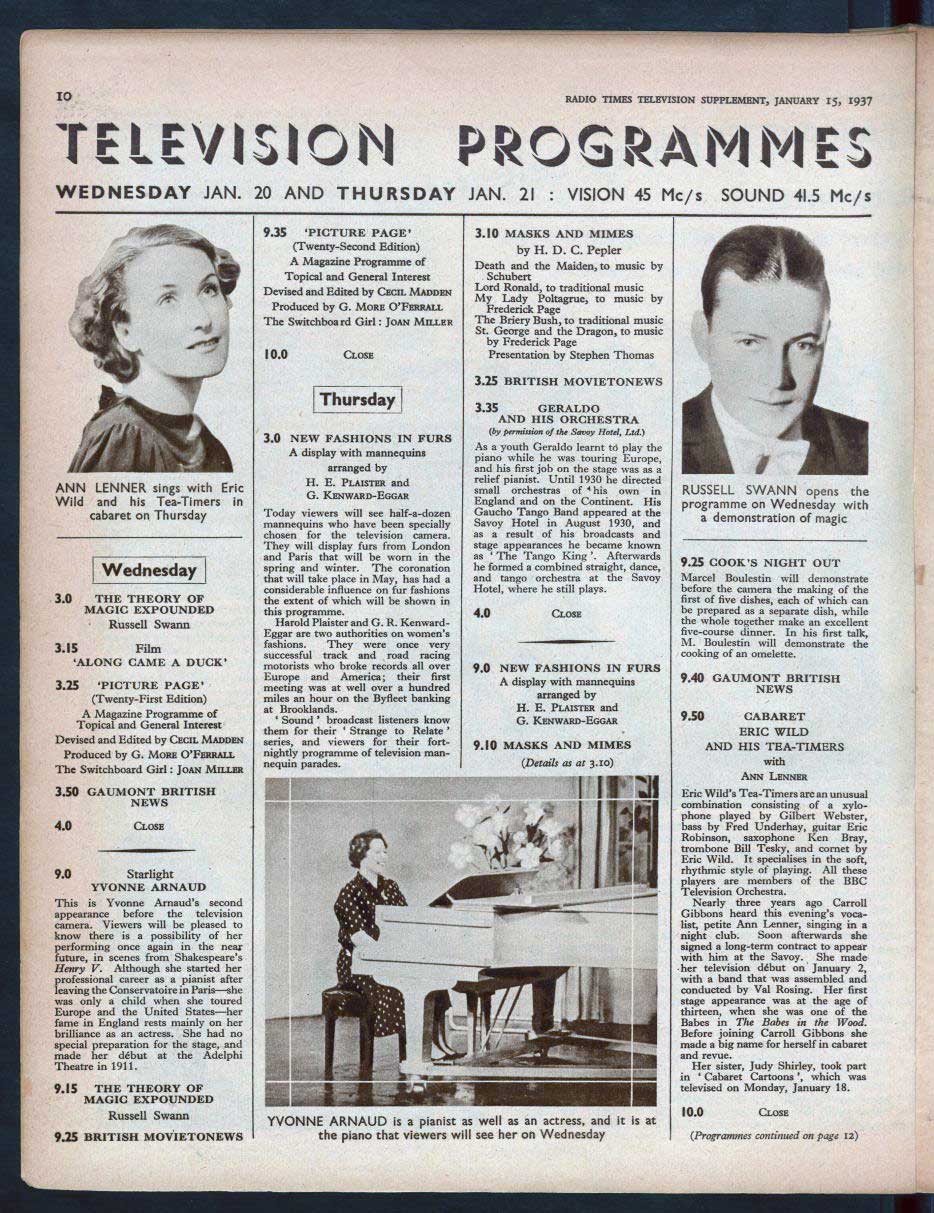 The series was evidently popular enough for the BBC to engage Boulestin to appear again later in 1937, doing a programme called “Dish of the Month”. This had started at least by mid-October 1937. “Dish of the Month — October. Marcel Boulestin will show how to make Khebab, a grill on a skewer.” [2]Home Programmes: London Television Programme, Alexandra Palace. Bradford, Yorkshire, England: The Yorkshire Observer. Friday, 15 October 1937. Page 4, col. 7.

No footage remains of any of the Boulestin programmes, as they were broadcast live. Methods to record live television were not available until 1947.

Elsie de Wolfe had returned to the United States in mid-July 1940 fleeing the German occupation of France.

“NEW YORK, JULY 13 – Both Mme Balsan (née Consuelo Vanderbilt) and Lady Mendl reached Manhattan isle from Portugal via the “clipper” and both rushed out to Fifth Avenue shops on arrival, having been able to bring only the most meager luggage with them.” [7]Paul, Maury. 2 Refugees Cause Furore In Mayfair. San Antonio, Texas: The San Antonio Light. Sunday, 14 July 1940. Page 6, col. 5.

The month for the start of “Sunday Evening Supper” in 1940 is not mentioned but it would have to be after July 1940, when de Wolfe returned, and also after the 28th of October, when the station recommenced operation as the station mentioned, W2XBS, was out of commission from 1 August 1940 until the 28th of October 1940 while the transmitter was adjusted from 441-line picture to 507-line picture. [8]Television Station to be shut-down; station to be remodelled. New York, NY: New York Times. Sunday, 21 July 1940. Page 10X, col. 8. [9]Television Station to Reopen. New York, NY: New York Times. Wednesday, 23 October 1940. Page L25, col 8. The window of opportunity may have been even narrower, as there were press reports of Lady Mindl going to California in December.

The programme is mentioned by at least two secondary sources.

Patrick Robertson, in his “Robertson’s Book of Firsts”, says:

“The first cookery show was somewhat similar in intention to Boulestin’s forerunner. Titled Sunday Evening Supper, it was produced by Edward Padula for NBC’s W2XBS New York in 1940 and presented by Manhattan socialite Elsie de Wolfe, aka Lady Mendl.” [10]Robertson, Patrick. Robertson’s Book of Firsts: Who Did What for the First Time. New York, New York: Bloomsbury USA. 2011. E-book.

Richard Koszarski, in “Hollywood on the Hudson”, also mentions a programme called “Sunday Evening Supper”, with involvement by Elsie de Wolfe and Edward Padula, though without mentioning a television station or date. [11]Koszarski, Richard. Hollywood on the Hudson: Film and Television in New York from Griffith to Sarnoff. Piscataway, NJ: Rutgers University Press, 2008. He in turn is citing H. Mark Glancy in “The Unknown 1930s”, ed. Jeffrey Richards, 1998.

There are problems with this assertion however.

Lady Mindl’s every move was documented in the press on both sides of the Atlantic. The press even documented that she had a run in her stocking when she got off the plane in New York fleeing Europe in July 1940.

Edward Padula,  a photogenic, rising star theatre director, was also frequently in the press of the time period, as the press documented his whereabouts and work. 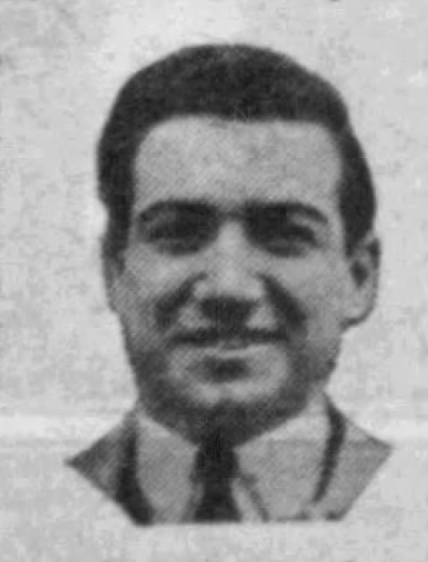 Despite their prominence, an extensive search of four major newspaper archives including that of the New York Times and covering thousands of newspapers fails to bring up a single mention of the involvement of either figure in any kind of food programme for television, in the early 1940s, or ever.

This does not mean that primary sources don’t exist, but in the meantime, CooksInfo is unable to provide any supportive evidence from the period to corroborate the historical existence of this second cooking programme.

We do know, however, that the Nazis confiscated the wine that Lady Mendl left behind in her home in Versailles, Villa Trianon:

“VICHY, FRANCE. SEPT 24. — The rare wines which Sir Charles Mendl could identify by origin and year while sipping them blindfolded, seemed destined today to moisten throats accustomed to cry ‘Heil Hitler.’ German occupation authorities in Paris have requisitioned the wine cellar of Sir Charles and Lady Mendl, the former Elsie de Wolfe. Epicureans rated it as one of the finest private collections in the world. Second only to the Mendl collection were the private wine cellars of the members of the Rothschild family which have already been seized.” — Rare French Wines Seem Destined to Moisten Throats of German Officials. Corpus Christi, Texas: Corpus Christi Times. 24 September 1940. Page B1, col. 3

What appears to be the world’s third televised cookery programme launched on the BBC on the 12th of June 1946, at 8:55 p.m. It featured Philip Harben. [12]”Philip Harben made his first appearance in the programme billed simply as “Cookery” on 12th June 1946. (The show went out at 8.55pm and ran ten minutes — he made lobster vol au vent.)” — Currie, Tony. A Concise History of British Television, 1930-2000. Correspondence with Cooksinfo.com on 19 October 2013. On file.

“Just preceding the boxing matches, a movie on building pipe organs was shown, and an illustrated story on cooking chickens with cheese called “I Love to Eat” was told by James Beard, a humorist as well as a famous chef. The television broadcast was made in one of the NBC studios in the RCA building.”  — Ings, Marvel. Favorite Programs Now Being Heard Saturday on NBC-WIBA. Madison, Wisconsin: The Capital Times. Saturday, 14 September 1946. Page 6, col. 5.