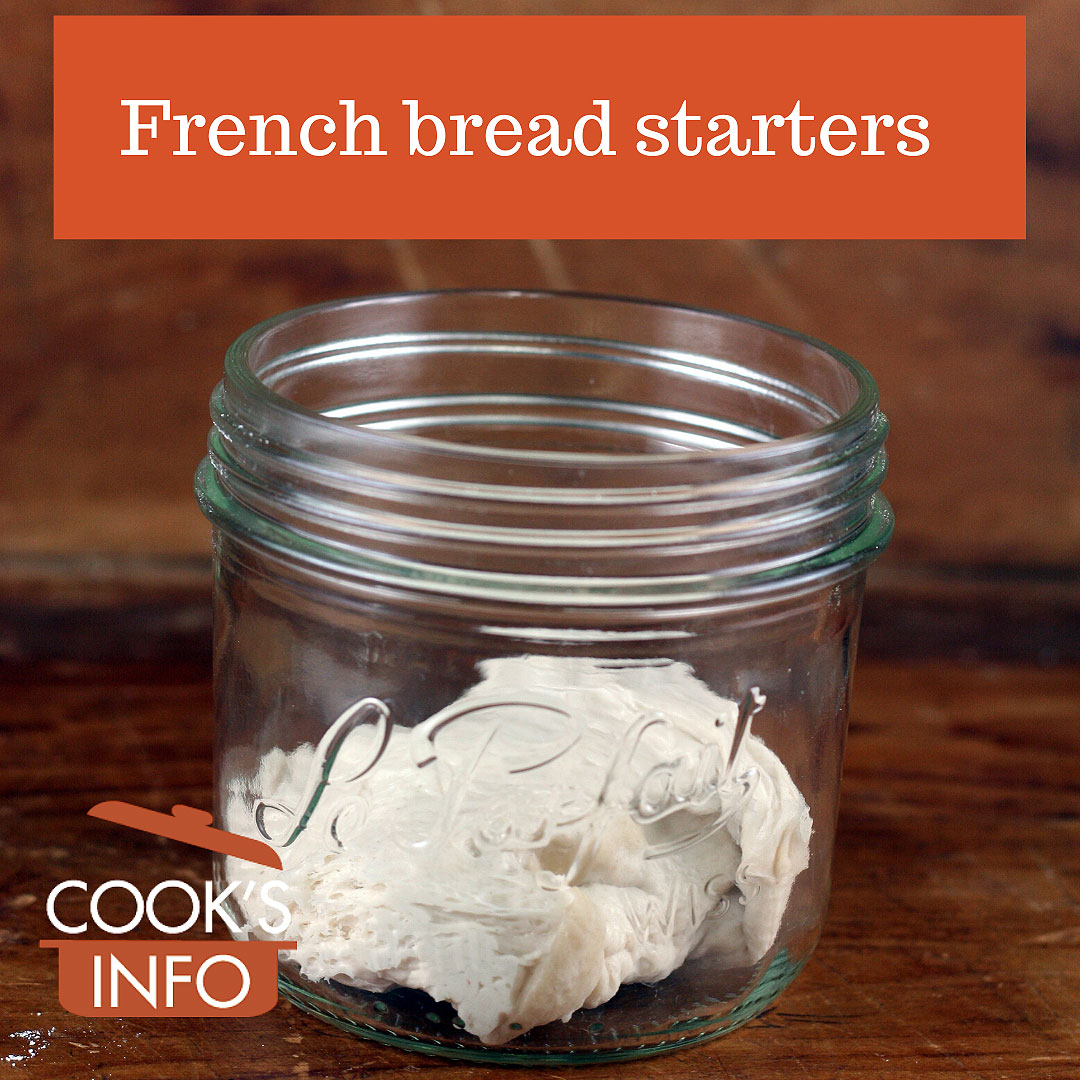 French starters for sourdough bread are not one-stage starters. They are at least two-stage starters, beginning with a starting leavener dough that they call the “chef”, meaning “master” starter.

The chef starter is never used in its own right. Instead, it is used as a base for starters, of which there can be three different ones.

To make the “chef” starter, you add a little flour to about half a cup (4oz / 125 ml) of water so that you have something that looks like a crêpe batter. Let it sit out on the counter for a period ranging from 8 hours to 36 hours. Stir it, add some more flour, and let sit out again for the same time period. Mix it, add flour until it is quite firm, then let sit out again one last time for the same time period.

At this point, you have a “chef” starter — and you are ready to start making the actual starters for French breads.

This web site generates income from affiliated links and ads at no cost to you to fund continued research · Information on this site is Copyright © 2022· Feel free to cite correctly, but copying whole pages for your website is content theft and will be DCMA'd.
Tagged With: French Breads, French Food