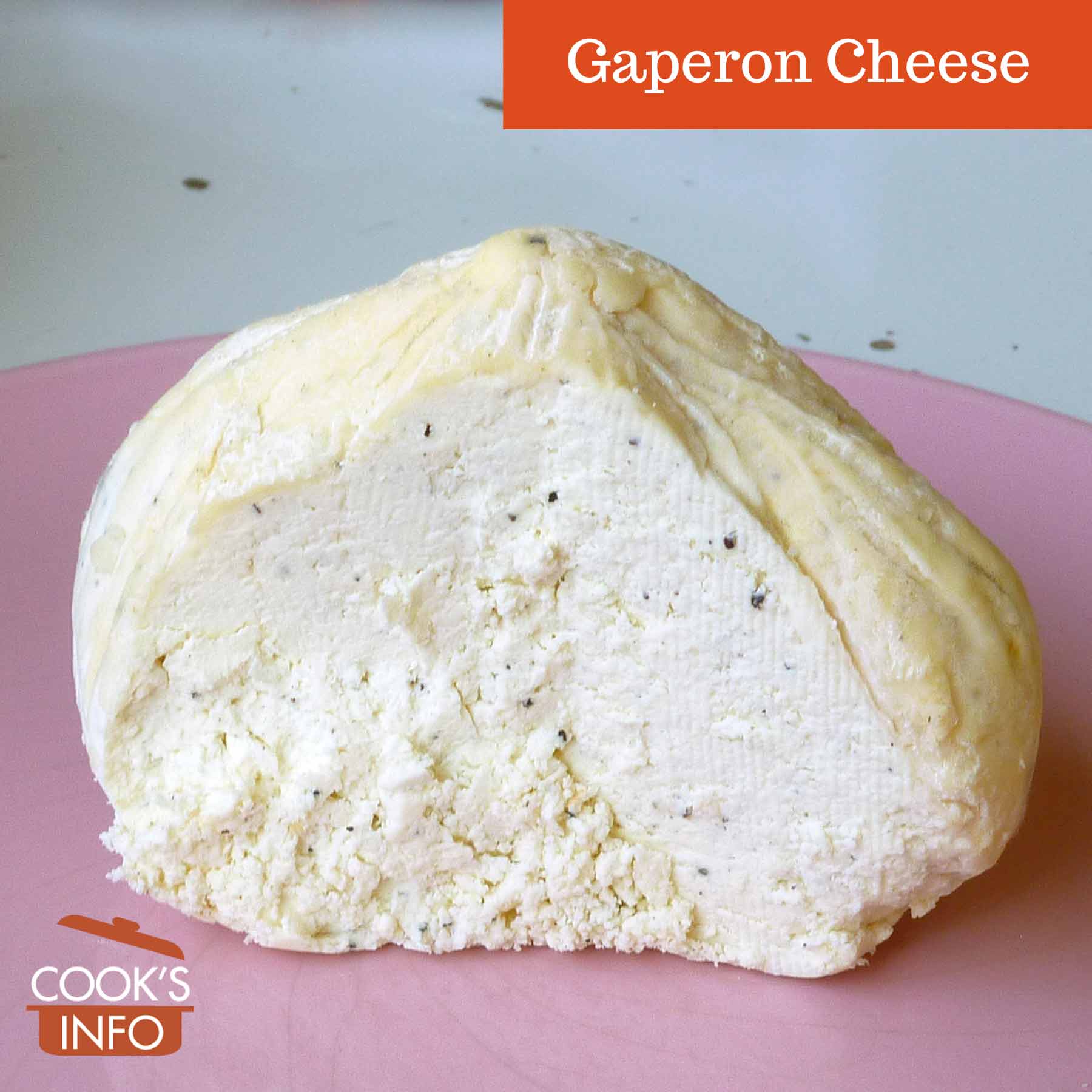 Gaperon is a cheese made in Auvergne, France.

It is a hard cheese, but with a spongy, supple texture, moulded into a dome shape (like an igloo.) The average size is 7 ½ cm (3 inches) tall and the same wide, weighing approximately 300 g (10 oz).

A white velvet mould mottled with grey and blue patches grows on the hard rind.

The cheese is made from skimmed cow’s milk, either pasteurized milk or raw milk. The milk is curdled, then fresh milk is added to the curds. Pepper and pink garlic from Limagne are mixed in for flavouring and the mixture is then inoculated with penicillium candidium.

The cheese is aged 1 to 2 months sitting on rye straw. When young and white, the cheese is soft and tart, and the rind is edible. As it ages, it becomes harder.

A tradition of tying ribbons on Gaperon cheese for gifts is still followed. 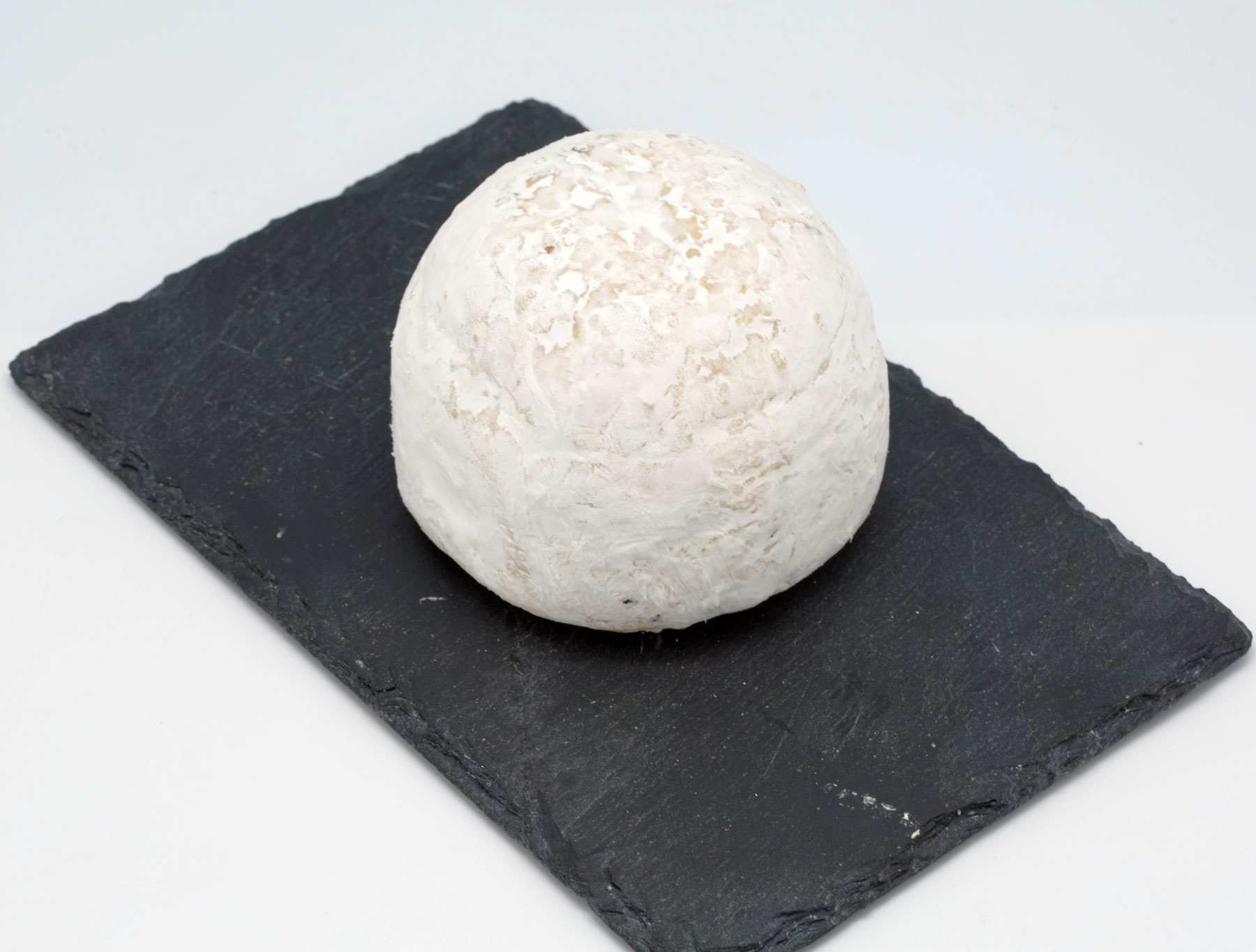 Gaperon cheese used to be hung in kitchens or storerooms to age.

Gaperon was originally made from buttermilk. A local dialect word for buttermilk was “gap” or “gape”, hence the name.

This web site generates income from affiliated links and ads at no cost to you to fund continued research · Information on this site is Copyright © 2022· Feel free to cite correctly, but copying whole pages for your website is content theft and will be DCMA'd.
Tagged With: Auvergne Cheeses, Auvergne Food